Fortunate Ones are a treat for fortunate festival-goers 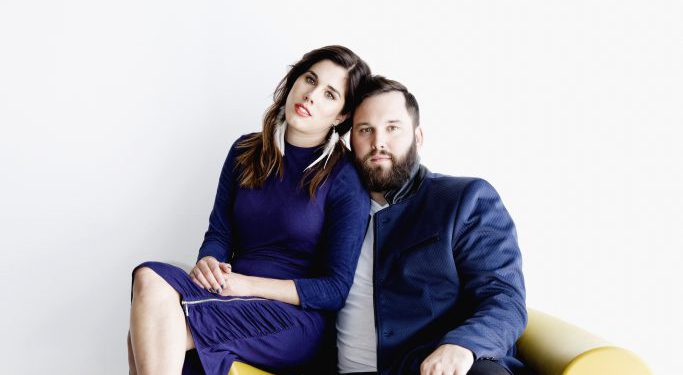 Playing as tweeners between Elle King and John Butler Trio+ on the first night of the Winnipeg Folk Fest, Fortunate Ones, the indie-folk duo from Newfoundland, were making the crowd sway and sing as they performed tracks from their latest album Hold Fast. However, if you missed it, there’s another chance to see them today, Saturday, July 7, at 3:00 p.m. at the intimate setting that is the Little Stage in the Forest at the festival (for dates elsewhere in Canada, see the end of this story). We caught up with Fortunate Ones and chatted a bit about their new album and influences.

RCM:  Catherine and Andrew, how do you feel that your partnership affected the songwriting on your sophomore album Hold Fast?

FO:  Our partnership is at the core of everything we do. Hold Fast is a true collaboration and the culmination of three years of steady touring and experience. During the three years between The Bliss and Hold Fast we built our musical muscle and gained a confidence and self-awareness that allowed us to come together, share ideas and create work that was inspired and confident. We are completely invested in each other and the work, and the result is a sincere and meaningful collection of songs that are a snapshot of who we are as artists at this point in our career.

RMC: Several of the songs on Hold Fast have influences from all across Canada. Which song on the album means the most to you and why?

Catherine: Well, in terms of Canadiana influences – working with Alan Doyle on “Somebody Like You” was really, really special. I’ve always wanted to write a pop-oriented song like that and didn’t quite have the guts! The song that has the most personal meaning to me, however, is “She.” I wrote it for my grandmother.

Andrew: The title track “Hold Fast” is quite meaningful for me. It is a song about resilience and strength in the face of self-doubt and uncertainty. It is about making records with friends in a familiar creative environment and a punch in the arm to move past the anxiety that doubt can breed.

RMC:  What do you feel makes this album different from your first album, The Bliss?

FO: When we set out to make The Bliss we wanted to capture the sound of the duo. It is a stripped down record that focused primarily on our voices with less musical layers. There is a lot of space on The Bliss – room for the vocals to shine as the core of the record. We were learning what we could translate live. We were relatively unknown at the time and wanted to make a record that personified us as a duo. When it came time to make Hold Fast we were less concerned about any preconceived ideas about following up the first album. Our goal was to let the songs dictate where they needed to go, and in most cases, that meant a larger, fleshed-out and multi-layered sound. We’ve also steered slightly away from our folk leanings and have experimented with a slicker, poppier sound. Our voices are still at the heart of the record, but we were interested in exploring new sonic territory, musical textures and dynamics.

RMC:  How do you feel your music has developed while working on Hold Fast?

FO:   There is a confidence in this new music – a fearlessness to explore new sounds and textures and to stretch the boundaries of our creative abilities. We threw our hearts into this work and avoided any expectations that we had about needing to follow up the first record. We’re incredibly proud of what we accomplished with The Bliss but made sure that this new work wasn’t anchored to that history. Hold Fast is a new start, a different chapter and an opportunity to experiment and showcase the growth we’ve gained as artists.

RMC:  Which song on Hold Fast do you feel is the most fun to perform for a live audience?

Andrew: I enjoy playing “Hold Fast.” It is a fun melody to sing and a dynamic song that requires us to stretch ourselves to the limit of what the two of us can do physically on stage. It is a buoyant and joyful song, hopeful and forward moving. It is a workout and feels like a deep and well-deserved exhale when it comes to an end.

Catherine:  I love playing “Steady As She Goes” every single time.

RMC:  Catherine, you have stated before that the chorus on the song “Northern Star” was inspired by stories of refugees coming to Canada. Why did you feel this was an important subject to feature on the album?

Catherine: It’s so important in today’s world to have empathy for others. … At the time when I wrote the song I was reading so much about the Syrian refugee crisis and also learning about stories of families moving their entire lives to this country. I just can’t imagine how devastating it must be to leave your home and everything you know behind. I just wish we’d all approach others with an understanding that we really have no idea what the person walking down the street has been through.

Fortunate Ones in concert: