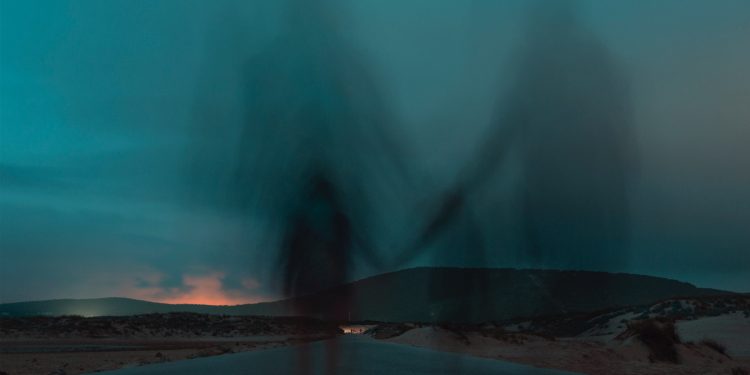 Photo by Jr Korpa on Unsplash.

It’s not easy coming up with ideas for Halloween-themed song lists for Roots Music Canada.  There isn’t really a Canadian folk equivalent of “The Monster Mash” or “The Time Warp.”

But I still don’t recommend actually listening to any of them unless you have a really good therapist.

You might be disturbed to learn what deranged and horrifying stuff your favourite, innocent-seeming folk artist is capable of thinking up.

This year, I decided to write something that’s still eerie but not—um—macabre: a list of Canadian folk ghost stories. I reached out to Canadian folk historian Gary Cristall for a little help.  Here what we – mostly he – came up with. (Hats off too to Karen Golec on our Roots Music Canada Facebook group for also suggesting a couple of these.)

“Tales of a Phantom Ship” by Lennie Gallant

I first heard this 1988 song as an 18-year-old, shortly after moving to Nova Scotia to take a radio job. Although I never personally spotted the phantom ship – often called the ghost ship of the Northumberland Straight – plenty of people claim to have. You can read some of the accounts here. The stories date back more than 250 years. Typically, people describe a three or four-masted schooner that bursts in to flames as they watch. Some describe seeing crew on board climbing the masts. Efforts to head out on the water to investigate or rescue the crew have been futile as the boat simply vanishes. Creeeepy.

“Lost Jimmy Whelan” is a traditional Canadian folk song that falls into the category of “disaster songs,” particularly those that describe deaths in early Canadian logging operations. Only a fraction of these songs can be linked to specific accidents through historical evidence, and “Lost Jimmy Whelan” might be one of them. It’s possible that the Jimmy Whelan, who appears as a ghost to his lover in this song, was actually James Phelan, a log driver who fell off a log trying to clear a log jam at Kings Chute in the Ottawa valley who died after being dragged under the jam.

“The Cremation of Sam McGee” by Kael Reid.

You know this one. It’s the Robert Service poem that contains the lines “There are strange things done in the midnight sun.”  The rest of the poem/song is about a fellow who dies on a mushing trip and leaves his friend to cremate him. Yeah, there’s a ghost. Can you guess where it comes in?

“The Ghost of Bras d’Or” by Stompin’ Tom Connors

There are a number of versions of this song, but Gary Cristall recommended Stompin’ Tom’s, so we’ll go with it.  It’s the story of a young piper who heads off to war and doesn’t return, but his music does.

Yes, there is at least one feminist Canadian ghost song. This particular version of this song was collected by the late Nova Scotia folklorist Helen Creighton, and its message is sadly still relevant today.  You’ll want to listen closely to the lyrics of this version by John Roberts. They describe a woman getting even with the man who betrayed her – in the eeriest of ways.

Dave Gunning on Life, Tour and His ...

4 amazing shows at the Rogue Folk ...