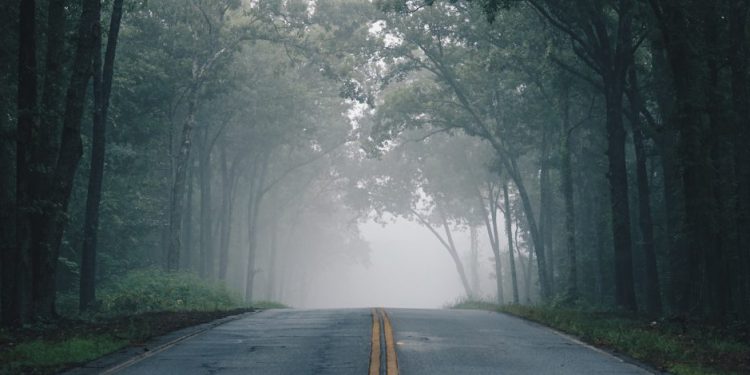 To hell with late-night screenings of Friday the 13th movies and visiting haunted houses this Halloween.  If you really want to be creeped out to no end, you should hear the darkly disturbing lyrics a few Canadian singer-songwriters have managed to conjure up over the past few years.

During my final years as a publicist, I had a chance to work with each of these folks and got introduced to these, uh, troubling numbers.

Come to think of it, maybe that’s why I’m not a publicist anymore.

Well, anyway, consider this a “trigger warning.”  These aren’t hokey ghost stories.   These are pull-no-punches looks inside the heads of some pretty sick people.  If you’re feeling vulnerable in any way, now might not be the time to listen to these.

The scariest part is two of them are true stories.  And the other two?  Close enough.

“The Ballad of Souleater and Runaway Devil” – David P. Smith

Word is audience members got up and walked out of concerts a few years ago as David dug into this number – a raw, merciless, musical account of the Richardson murders in Medicine Hat, Alta., which spares us no sickening detail. Inspired in part by the online dialogue between the then 12-year-old Jasmine Richardson and her 23-year-old boyfriend Jeremy Steinke, the song details the twisted duo’s plot to murder Richardson’s family and the gruesome specifics of its execution.

The song was part of the repertoire of the Death Ballad Love Tellers project, a songwriter round with Ben Sures and Troy Bubba Uno Cook in which the artists challenged themselves to write murder ballads.  The long-awaited album by the trio is set for release on Christmas Day.

How demented is that?

“Get her Clean” – Ben Sures

Speaking of the Death Ballad Love tellers, here’s one of Ben’s contributions to the trio, a song that could easily have been written by Norman Bates himself.  Ben’s ability to channel the sad, “innocent” recollections of a deranged madman are – well, hopefully they’re just a sign that Ben is a great actor.

“The Only Good Dog is an Old Dog” – Jon Brooks

After a pair of moving albums the explored themes of justice, love, and redemption (Moth nor Rust) and psychological ties that bind (Delicate Cages) Jon turned around in 2014 and released the ironically-titled The Smiling and Beautiful Countryside, an on-the-nose critique of gun culture, part of which was written in the voices of the gun toters themselves.  It was satire, but not in the “ha ha” way.  The centerpiece of the album was this 11-minute epic, dripping with cynical humour, that describes a mass shooting through the eyes of the shooter.

Real-life serial killer Nannie Doss confessed to killing four of her husbands, her mother, her sister, her grandson, and a mother-in-law, and several others around her died in what might be seen as mysterious circumstances. You might say she was the original black widow, though she was often known as the “giggling granny,” which is pretty scary.  Naturally, the Death Ballad Love Tellers have a song about her.  This one was written and performed by Troy Bubba Uno Cook.