Dave Gunning on Life, Tour and His New Album 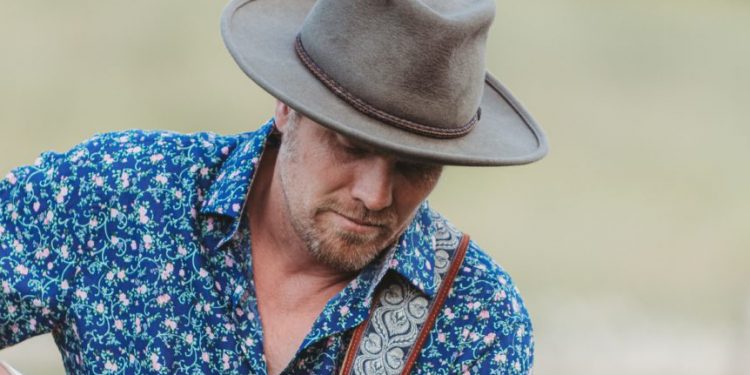 In spite of his modesty, Nova Scotia singer-songwriter Dave Gunning has reached substantial success in the folk music world.

Dave, who has been nominated for a Juno Award, won two Canadian Folk Music Awards and eight East Coast Music Awards, has recently released The Same Storm, which  features personal and historical songs written over the past two years including songs co-written with singer-songwriter Jim Dorie who passed away in 2015.

This is his 14th album he’s released since 1996 include the brand new album, The Same Storm, two Christmas albums and a duo release with J.P. Cormier entitled Two with whom he is working on another album for release in early 2023. Dave has other collaborations as well one of which produced with David Francey, “A Game Goin’ On”, won the Hockey Night in Canada “Song Quest” in 2014.

“We had titles or verses kicking around with nothing finished so I set an empty glass on the table or with a bit of beer in it, pretending Jim was with me or imagining, ‘What would Jim do?,” Dave said.

Throughout his career Dave stated he feels as though his co-writting with a host of other artist has been crucial to his development as a songwriter.

“It’s given me more colours to choose from,” he explained while sitting by the Halifax harbour front recently. “I think of Jimmy Rankin when he was in The Rankin Family. He was writing for the voices of all the sisters along with his own so it widened his colour palette,” he said.

Dave’s co-writing experience differs not only with each collaborator but with each writing session.

“The co-writing process isn’t straight forward, it’s different every time. There might be an idea that’s tossed around when you’re hanging out with somebody,” he continued, “They might contribute a lot or a little but you still make sure they get the co-write.”

The title song, “The Same Storm”, is a reflection  on the good parts be found in life’s struggles, like those found in moments shared with loved ones admist a pandemic lockdown.

“Yeah it’s a positive little ditty,” Dave laughed. “We were lucky in our house because we all like one another and enjoyed the time home. It’s the most time I had been home with Sarah (Dave’s wife) and the boys ever. We’ll look back at it and have a lot of good memories.”

Other themes covered in the album include Dave’s continued concern for social justice issues reflected in the songs, “Fisher Of These Waters” and “Viola”: “It seems the inshore fishers have to fight the government or some kind of force every few years and fight for survival,” he said. “I know a lot of fishers back home. They’re guys and girls I grew up with that are fishing. Through our battle with the pulp and paper mill we’ve gotten to know a lot of the Mi ‘ kmaq commercial fishermen in our area. We have a good scene at home, they all work together and it’s all pretty awesome.”

“Viola” deals with the story of Viola Desmond, a prominent Canadian civil rights activist who sat in a section of a movie theatre designated as ‘whites only’ during segregation. 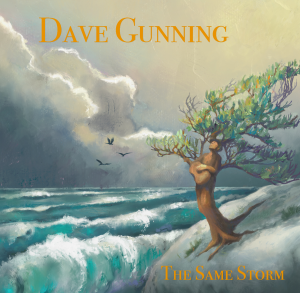 “That happened in Pictou County!,” says Dave. “Jim Dorie and I read a newspaper article where a young girl was interviewed because she was in the theatre when it happened. The song is from this little girl’s point of view. She witnessed it happening and knew it was wrong.”

The only reason Viola was in the Rosaland Theatre in Pitou County was because her car had broken down so she went to the movies while it was being fixed. Being from Halifax where things were a bit more “progressive”, Viola sat where everyone else sat, not knowing segregation laws there meant that black people had to sit in the balcony, having not paid the extra penny to sit in the main part of the theatre.

Despite the new release of The Same Storm, Dave is working on a new album Two, in collaboration with his best friend J.P. Cormier.

“We’ve written quite a bit but we’ve got more work to do,” said Dave. “We do the writing however it comes. Sometimes we’re together, sometimes I’m working on my own, sometimes he’s working on his own. J.P.’s got so many irons in the fire, what with the YouTube channel, he can play every instrument known.”

The touring Dave is embarking for The Same Storm is also in support of  his last album, Up Against The Sky which was released just before the pandemic.

“So in a way I’ve got two records out,” laughed Dave. “I had two trips to the UK booked for Up Against The Sky and tours down through the States. All my dates were international. We finally got into some of these places and then it just was gone, so you’re kind of starting over again. A lot of artistic directors had left their positions so you have to re-introduce yourself to the new people.”

The manner in which Dave Gunning accomplished his achievements cannot be replicated by others. Not even by his eldest son, Jud, who’s becoming quite a skilled guitarist himself.

“He’s going to university right now but wants to do music. I haven’t really been encouraging him or discouraging him. I’ve been doing exactly what my parents did with me, just being neutral and seeing where it goes,” he continued, “We’re there to help him in any way we can but no-one knows the magic equation. Every success story for anybody you talk to was a different equation that got them there. It’s thousands of little tiny breaks all along the way and you hope they keep coming.”

For more Dave Gunning and The Same Storm, click here.