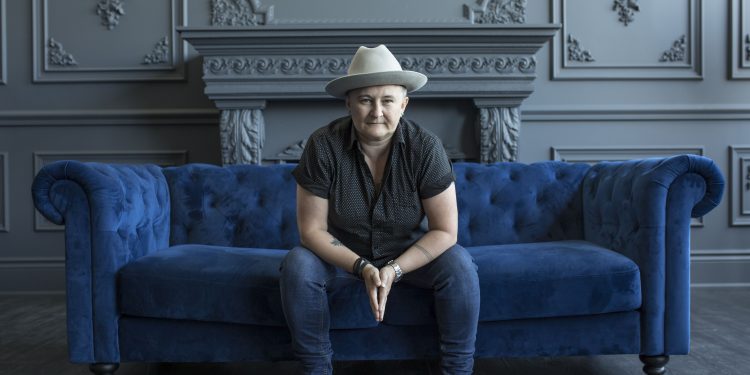 It’s SUCH a huge month for live music at the Rogue Folk Club it’s going to take us to separate articles to highlight all the shows. There are four – count ’em FOUR – by mid month alone. It’s almost like the Rogue is making up for lost time here or something.

As always since the start of the pandemic, the Rogue is offering these concerts as live streams as well, so those of us outside of Vancouver can also enjoy them.  For more information or to book tickets, visit www.roguefolk.bc.ca or call 604.736-3022.

The Rogue is pleased to present one of the most memorable artists who appeared at the Vancouver Folk Music Festival in Jericho Beach Park in the summer of 2019.

Irish Mythen is a singer, songwriter, recording artist and award nominee who was born and raised in Ireland but now calls PEI home. Her live performances are a thing of wild emotion as she pours heart and soul into every word she sings. She has a way of delivering her songs that leave you in awe of her vocal talent and remembering the show, the songs and the performer long after you’ve walked away.

Irish describes PEI as a place that creates music and musicians, art and artists. “I found a shift to take things more seriously when I moved here,” she said. And she did just that. Her last release, Little Bones, gained her recognition around the globe, including a 2020 Juno nomination for Contemporary Roots Album of the Year, seven Music PEI 2020 nominations and two wins — Touring Artist of the Year and Roots Contemporary Recording of the Year – and a Canadian Folk Music Nomination for Solo Artist of the Year. Her previous self-titled album, Irish Mythen, garnered awards and nominations from Music PEI, East Coast Music Association, Folk Alliance International and SOCAN. Write-ups in Australian Guitar Magazine, Rolling Stone and a plethora of other print and online media world wide have helped plant Irish firmly on the map of must-see artists. She has just finished recording a new album in Denmark.

A ground-breaking, chart-topping, genre-bending, globetrotting, and instantly enthralling act, Talisk ranks highly among the most in-demand folk-based groups to emerge from Scotland in the last decade and more.

Mohsen Amini (BBC Radio 2 Folk Awards’ Musician of the Year), Graeme Armstrong and Benedict Morris (BBC Radio Scotland Young Traditional Musician of the Year) fuse concertina, guitar and fiddle to produce a ground-breaking, multi-layered signature that has captivated audiences around the globe. At its core, the trio is focused on three seemingly acoustic instruments, but in the hands of three master craftsmen, they produce one unmistakable, bold sound and captivating live show.

Talisk have toured the world, stacking up major awards for their explosively energetic, artfully woven sound – including Folk Band of the Year at the BBC Alba Scots Trad Music Awards, a BBC Radio 2 Folk Award, and the Belhaven Bursary for Innovation. Audiences worldwide have welcomed the release of Dawn, the latest chapter from a group lauded by leading world music magazine Songlines as: “incredibly infectious and endearing… fresh, invigorating, accomplished.”

Roy Forbes is one of Canada’s best-loved songwriters and performing artists. He’s been at it for over 50 years now and has picked up some tokens of appreciation from his peers along the way. There is a street named after him in his hometown of Dawson Creek in northern B.C. and a star on Vancouver’s Granville Street where the names of the B.C. Entertainment Hall of Fame members are enshrined. Over the years, Roy has had a couple of Juno nominations and a handful of WCMA awards. In 2021, he received a CFMA Producer of the Year nomination for his work on his current album, Edge of Blue.

Mainly, and more importantly, Roy is firmly etched in the minds of tens of thousands of music lovers across the country. Some remember a skinny kid who went under the name of Bim, others the more mature man who reclaimed his real name. Some got to know him at festivals from Faro, YT to Lunenburg, NS or at a myriad of folk clubs and concert stages.  For still others it was Roy as a member of contemporary folk supergroup UHF, where he joined forces with Shari Ulrich and Bill Henderson. For some it was Roy’s searing rendition of Hank Williams’ “So Lonesome I Could Cry,” his sweet treat Christmas anthem “Mince Meat Tart” or the song he wrote when his daughter was a child, “Lifting My Heart.” Others heard him second hand through Shawn Colvin’s cover of “Talk Around Town,” one of the many recordings of his songs by other artists.

The last few years have been a challenge for Roy. Having dealt with poor vision all his life, he was blinded by an accident in 2015. He may have lost his sight but not his vision. Roy adapted to his new reality relatively quickly, returning to touring, performing, and recording, and all the other things he does so well.

As the reigning Queen of the Minor Key, Eilen Jewell leads a tight quartet that blends influences of surf-noir, early blues, classic country, folk, and 1960s era rock ’n’ roll. For well over a decade, they’ve toured relentlessly for legions of fans from Boston to Boise and Madrid to Melbourne, playing large festivals, theaters, rock clubs, and coffeehouses. The group has shared stages with Lucinda Williams, Loretta Lynn, Mavis Staples, Wanda Jackson, George Jones, Emmylou Harris, and Blind Boys of Alabama. Eilen’s fans have marveled at her warmth and onstage humor alongside her beautiful songs and fiery performances. In addition to six of her own full-length albums, Eilen has released two albums with her country-gospel side-project, the Sacred Shakers, a tribute album to Loretta Lynn titled Butcher Holler and a recent album of rare blues covers, Down Hearted Blues.

Jeff Plankenhorn, singer-songwriter and all things strings multi-instrumentalist—guitar, lap steel, mandolin, piano, upright bass—began his career as a boy soprano in Ohio. After studying music theory and composition at the University of Michigan, Texas beckoned when Ray Wylie Hubbard enticed Jeff to join his band. Slide guitar virtuoso Jeff spent his early career backing Hubbard and Joe Ely. His patented lap slide guitar, “the Plank,” with a distinctive sound derived from the instrument’s square neck and electric guitar body, netted him an Austin Music Award in 2017. Now a potent solo artist, his larger-than-life presence on stage binds together a host of talents into a powerful whole. His soulful roots rock gained him a seat among the best contemporary Americana songwriters, while the vocal clarity and power developed in his early years is unmistakable in his poignant baritone now.