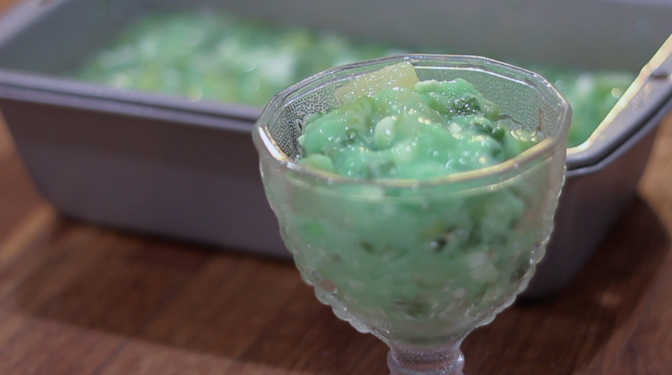 Connie Kaldor is a folk singer-songwriter with a long and distinguished career in Canadian music. Perhaps as well-known as her musical contributions is her affection for Prairie life. While she herself no longer lives in her home province of Saskatchewan, she continues to write about the prairies and maintain her connection to it through her music.

More recently, she has tried keeping that connection alive in people’s kitchens.

On Oct. 3, Connie shared an online cookbook with the audience at her Big Skies to Bridesmaids’ Dresses live-streamed show. Along with the streamed concert, which featured Connie performing in a 100-year-old granary near Willowbunch SK, fans received recipes for dishes like flapper pie, sex in a pan, and ambrosia squares.

The digital book opens with a decidedly bucolic cover page, featuring endearing and naïve illustrations of a piano, wheat stalks, a guitar, a burlap sack of grain, and a literal bottle of hooch. The tagline below the book’s title promises, “everything you never wanted to know about the Prairies.”

“Many of these I have eaten at social events on the prairies and sitting around the table with friends,” Connie explains in the book’s introduction. Though, she does admit that she has not tried all of the recipes herself.

Well, I can step in and volunteer to try one of them. I grew up on the east coast of the country, and I can confidently say that I know almost nothing about the prairies – and even less about the recipes contained in Connie’s book. But by trying one of her recipes, could I somehow commune with the very essence of her region’s culture?

She shared a recipe for the supposed Prairie holiday delicacy, called a jellied lime salad.

Connie herself joked to the Regina Leader Post that “only on the Prairies do you call green Jell-O and fruit cocktail a salad.”

My only knowledge of jellied salads comes from a vague understanding of mid-century home cooking and references to these foods in popular culture.

The iconic barbeque scene in the movie Edward Scissorhands comes to mind immediately. Edward stands in the backyard of some nondescript pastel bungalow as stifled housewives descend upon him in a spoon-feeding frenzy, each vying for him to taste their special home dish. Women hold up dishes of foods blended beyond recognition in salmon pinks, pistachio greys and nutty beiges.

While these dishes are presented in a way that, to me, suggests they are unappetizing, I promised myself I would reserve judgment of the dish until the end.

I first set out to survey the recipe.

Alright. First step: go to the grocery store to collect this motley crew of ingredients.

Salad dressing. What kind? Doesn’t say. What salad dressing best says, “I belong in a savoury jelly salad?” Vinegary balsamic or creamy Caesar? I stared at the wall of bottles for quite some time, eventually plucking a raspberry vinaigrette off a shelf. The choice sounded at least like a plausible marriage between the sweet and savoury ingredients that would be mixed together.

Pineapple, undrained. Okay, so I assume it’s canned. Should I buy rings, chunks or crushed? Thick rings of pineapple seemed too cumbersome. I didn’t want to overpower the other ingredients. I split the difference and picked the chunks.

To prepare, I assembled my ingredients, put on Connie’s holiday single “Stuff My Stocking Baby,” and got to work.

I don’t have one of those nice baking moulds that would fashion the green concoction into a lovely uniform donut shape. My baking loaf dish would have to do. Flat sheet of jelly surprise it is. 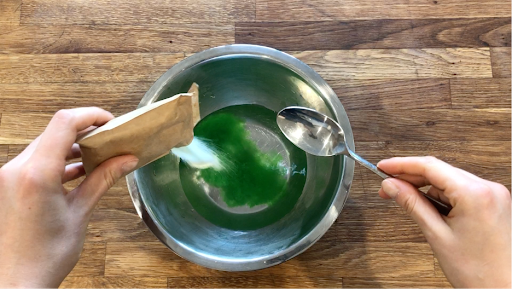 I start by mixing the jelly into the boiling water and set that aside to let it cool. I chop up the requisite amount of celery and green onion, the allium scent in my kitchen prompting me to wonder how that flavour will pair with tropical and citrus fruits. 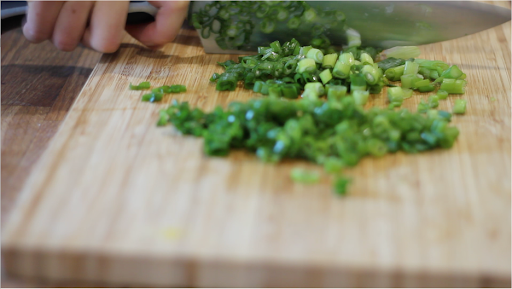 I wait until the jelly is cooled, though the recipe doesn’t tell me how long that should be. I assume 15 minutes in the fridge is good enough and keep it moving. 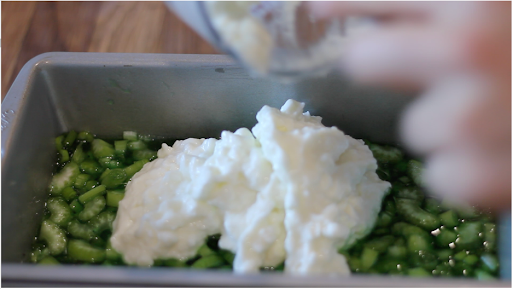 I take the measured-out salad dressing and pour it into the jelly. I then add everything else: the green onion, celery, pineapple and cottage cheese. 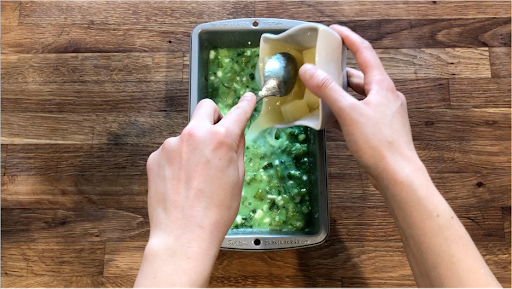 Once the ingredients are all mixed, I set the dish in the fridge to fully chill.

After a couple of hours comes the moment of truth.

My partner decides to join me in trying the finished product. We each take a tentative spoonful of the garish green mixture and clink our spoons together as folks do when they’re about to take a shot of cheap liquor. I even had a small glass of ginger beer nearby as a chaser in case I needed it.

We lift the spoons to our open mouths and begin the gustatory journey. I begin crunching, and like a strange sommelier I start to identify the accents of flavours: definitely a strong lead of green onion, and a surprisingly loud presence of the celery. The lime is almost nowhere to be found, perhaps softened by the cottage cheese, neutralized by the dressing or otherwise lost and overpowered by everything else. Taken all together, the flavour is cooling. 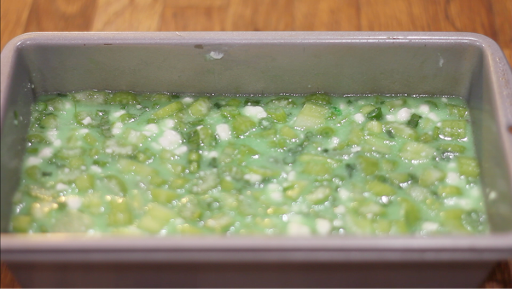 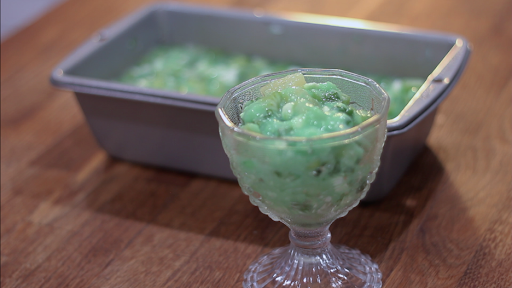 Check out the Trinidadian inspired ‘Congotay’ from ...

How Runa tried to put an original ...