This week’s Weengushk International Film Festival has some great music lined up too! 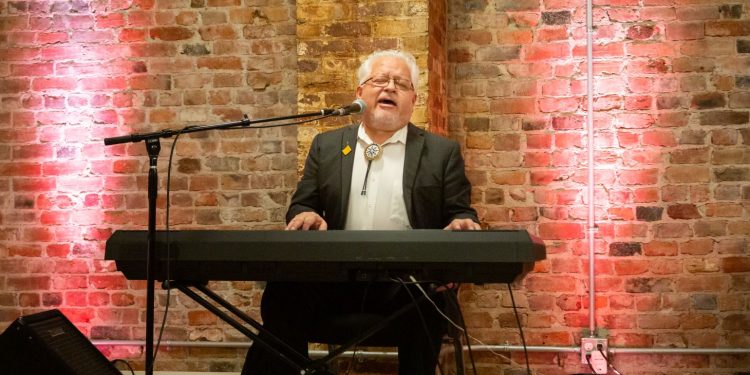 The Weengushk International Film Festival (WIFF) unfolds this week Thursday through Sunday, but the term “film festival” really doesn’t do justice to the range of art being presented.  There’s also lots of music!

The festival brings together industry veterans and new and emerging independent filmmakers for a film festival that is entirely experienced online.

Thursday at 7:00 p.m., the opening night event features a short comedy-drama, VeRONaka, and Tanya Talaga’s new moving documentary Spirit to Soar. The special keynote for the evening will be Tina Keeper, an actress, producer, filmmaker, and former House of Commons member. The night will close with a performance by Six Nation’s five-time music award winner Jace Martin.

This year, WIFF will be screening all of its films, workshops, performances and Q&A’s through the online platform Eventive. It will be showcasing over 40 films across nine different programs. Both features and short films will be available to watch the entire weekend so no need to worry if you can’t make it to a screening time.

WIFF 2021 promises educational and entertaining workshops, including acting with Gary Farmer on July 11, and a language workshop with Randy Msheekehn on July 10.

The festival is committed to its philosophy of presenting the highest quality films that emphasize Indigenous voices with human rights, social/political issues, and the environment, while providing entertainment and an escape through film for everyone.

“It has always been our mission to support Indigenous and emerging filmmakers. We are proud to be able to continue to host our festival and come together online,” said artistic director Dr. Shirley Cheechoo C.M. in a news release announcing this year’s line-up. “Expanding our online festival will allow for even greater accessibility to the amazing films we present.”

For the full program and ticket details, visit the Weengushk Film Festivals website at https://wiff2021.eventive.org/welcome. Tickets are on sale now.

WIFF is an Indigenous-based organization that seeks to build solidarity with those in Canadian society who have lived experiences similar to those of Indigenous peoples. WIFF prioritizes people whose voices have historically been marginalized and whose stories are under-told, if ever told. It sets out to eradicate injustices in Canadian society while simultaneously transforming the film industry to one of inclusion.