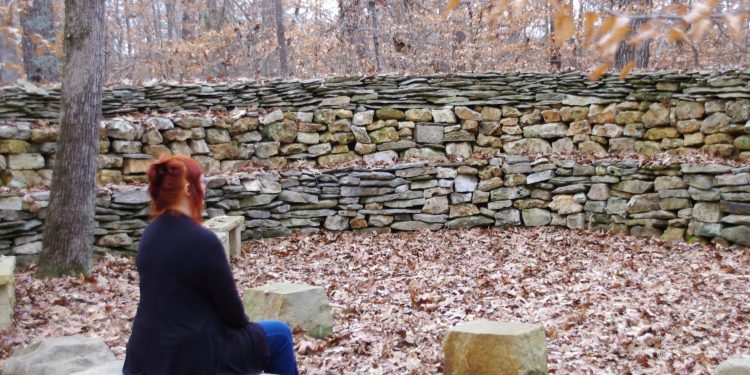 Marie Gage’s writing is inspired by real people and events in her life. Her latest project, a novel “A Ring of Promises”.was inspired by the love and immigration saga of her grandparents. A shorter version of this piece was previously published in 88 More Ways Music Can Change Your Life.

Musicians never know when the inspiration for a song will hit. Linda McRae, a Canadian now living in the Nashville area, sat down one evening to watch a long-anticipated documentary titled Muscle Shoals. The trailer piqued her interest when it revealed a star-studded cast of musicians, many of whom had influenced Linda’s own musical journey. Little did she know that viewing it would inspire quite a different project.

The musical reputation of Muscle Shoals is intimately entwined with the musical sounds of the water passing over the shoals of the Tennessee River between the present-day places of Muscle Shoals and Florence, AL.  The river is known as the Singing River by the Yuchi people (sometimes spelled Euchee), the Indigenous people of this region. They believed there was a woman in the river who sang songs and protected them. The shoals of the river were a sacred place.

An unexpected segment at the beginning of the Muscle Shoals movie touched Linda’s heart and set her on a journey of discovery that would ultimately end in the writing of her song titled “Singing River.” A man named Tom Hendrix was interviewed at the location of the Wichahpi Commemorative Stone Wall, just outside Florence. It is a structure he built to honour the journey of his great-great-grandmother, Te-lah-nay. She was assigned the number 59, an act that stole her dignity, and forced, by the government men her people called “shiny buttons,” to leave the land of her people, the sacred land of the Singing River. This historic event became known as the “Trail of Tears” as all Indigenous people of the region were resettled in Oklahoma and told never to return to the only place they knew as home. 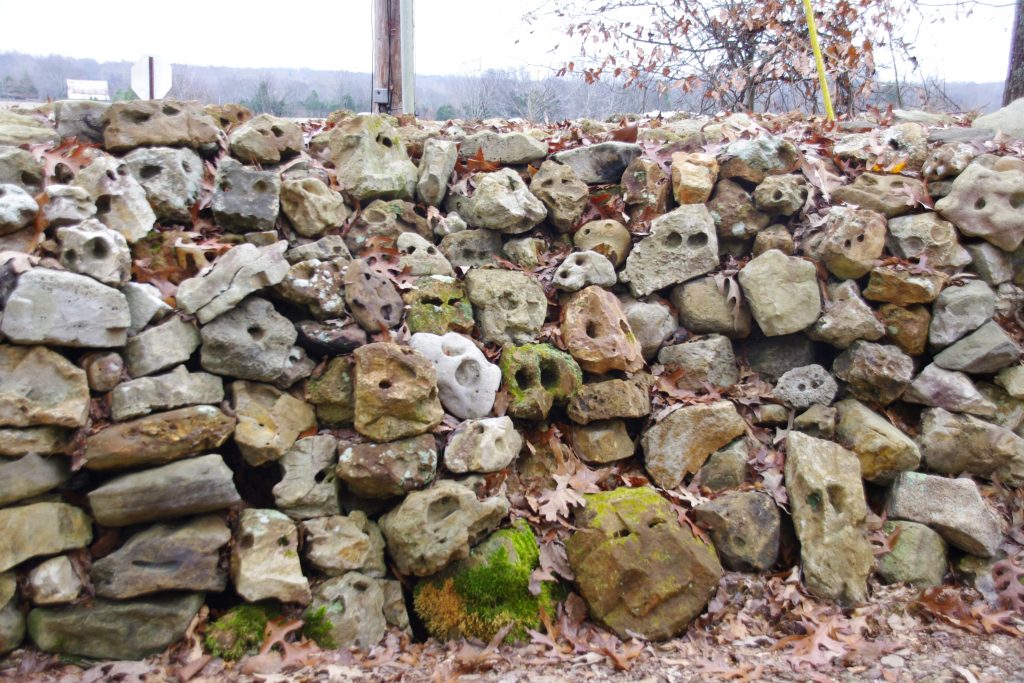 Te-lah-nay was one of the Yuchi people who could hear the voice of the woman singing in the Tennessee River. The voice was a part of her inner spirit. She spent the first winter in Oklahoma searching for a river that sang. She found none. She knew she had to find a way to return to the river that sang. It was illegal to return so she travelled alone at night, under cover of darkness. It took five years and the overcoming of many obstacles before she made it home.

Linda’s heart resonated with the struggle of this brave woman, a woman who would do anything to restore music to her life, a kindred spirit. She became driven to tell Te-lah-nay’s story. She knew the risks of a white person telling the story of an Indigenous person. She needed uninterrupted time to ensure the song was both accurate and respectful.

Linda applied to Escape to Create for an artistic residency that would give her a month of solitude in which to research and formulate the song, as well as work on other songs for her Shadow Trails album. The application was approved. When she arrived at the assigned home in Seaside, FL she knew she was in the perfect place to spark the creative spirit. It was in one word, charming. The white exterior was accented with quaint storm shutters, and it was only a block from the beach where long walks would help to spark the development of this important project. 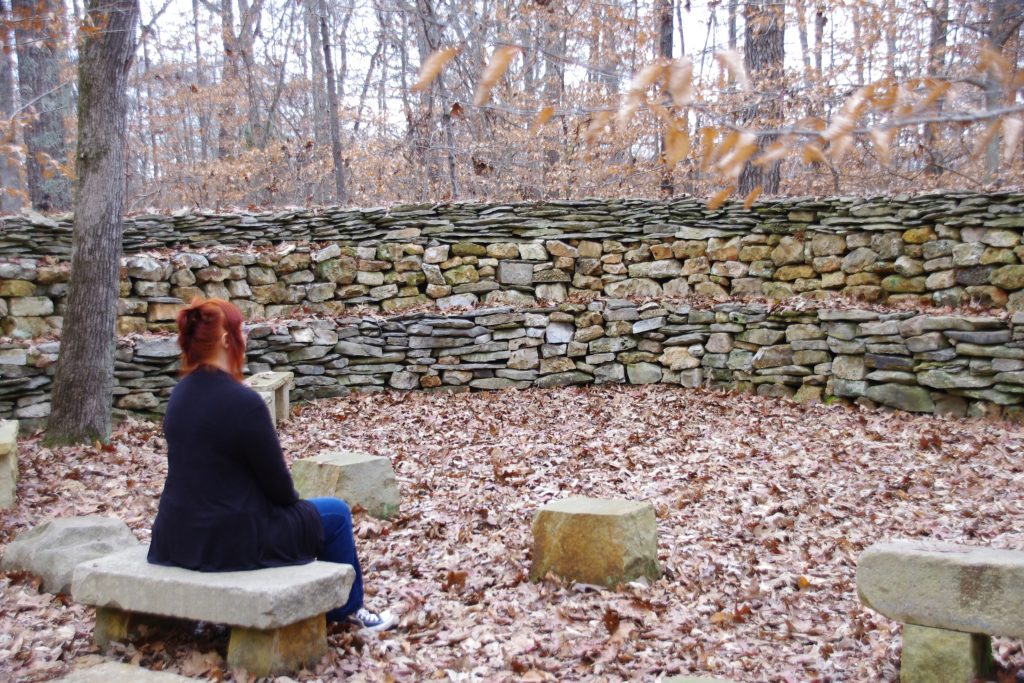 Facts she uncovered in an intensive online search began to take form, blending the elements of Te-lah-nay’s journey into an unforgettable tribute to a brave woman faced with an unimaginable wrong. The missing element in Linda’s estimation was the approval of the Hendrix family, in particular Tom. Attempts to make contact were unsuccessful.

One might say that fate, or perhaps the spirit of Te-lah-nay, intervened. On an evening in October, Linda was scheduled to perform at our home in house concert format. We live in Ontario, a long way from Muscle Shoals. A local couple we did not know, Bernie and Jim Davis, heard about the concert and, upon investigating, noted that she had written a song about the “Singing River,” a place they were familiar with. They decided to attend the concert and were touched by the song. They had visited the Muscle Shoals region previously and spent many memorable hours with Tom at the memorial site. Their relationship with him allowed them to contact him and gain permission to bring Linda to meet him. The wheels were set in motion for a memorable musical pilgrimage that my husband and I decided we could not miss.

On a December morning in 2015 we arrived at the Wichahpi Commemorative Stone Wall with Linda, her husband, James, and Bernie and Jim Davis.  We had spent several hours there earlier in the week getting to know Tom and the story of Te-lah-nay’s journey and the building of the Wall. We learned that Wichahpi means “like the stars.” Tom said his inspiration to build the wall came from the words of a Yuchi elder who said, “All things shall pass. Only the stones will remain.” It is hard to explain the feelings generated while walking through this memorial pathway, bordered by this lovingly created stone wall. It is as if the rocks absorb memories that are shared as feelings with those who walk among them. One part of the memorial wall is straight to commemorate the path of the journey on the Trail of Tears from Alabama to Oklahoma, the rest is curved and circuitous, symbolizing her long journey home. The emotions evoked at various parts of the wall are remarkable in their differences. A sense of peace will be replaced by the chill of fear as one walks from one section to the next. Long red prayer ribbons, placed there by Indigenous people blow in the breeze throughout the memorial site. Tom told us they were replaced annually as it is believed they become full.

Within this memorial structure, built on private land owned by Tom and his family, is a small, outdoor amphitheatre. A gently curved part of the memorial wall is the backdrop. Stone seats are scattered through the tree-covered area facing this section of the wall. Each seat has two stones for legs with one on top forming the sitting surface. One of the red prayer ribbons is swaying in the gentle breeze as Linda takes her place to perform her song. 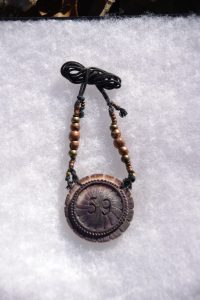 It is early morning, and our group of six are alone in the amphitheater with Tom. Linda takes a seat in front of the stone wall with Tom sitting nearby facing her. She lifts her guitar and strums the opening bars of the song she has lovingly crafted. Her voice lifts to tell the story of Te-lah-nay’s journey. She is hoping for Tom’s approval, hoping she has captured the essence of this woman.

The rest of us watch in rapt silence as the world fades to only Tom and Linda. Seeing him clench his fist and tap his heart, gives flight to Linda’s strong voice, as it rises to the treetops and resonates on the stones of Te-lah-nay’s wall.

Goosebumps form as the song moves on. They are not the usual goosebumps. They are, in some unfathomable way, magnified by the resonance of the environment in which we are ensconced. My heart clenches and a lump forms in my throat as tears begin to fall.

Linda intensifies her voice as she sings the line “Singing River sing me home.” She adds percussion by striking the side of her guitar and stamping one foot in time to the music, mimicking the steps of Te-lah-nay, as she once, long ago, moved toward home.

Chills course up my spine, and the hairs on the back of my neck stand at attention. Tom rises and hugs Linda, making the sign of the third eye on her forehead as he releases her.

Music does that. It captures history and transmits it to future generations, ensuring no one forgets, and hoping no one repeats the wrongs.