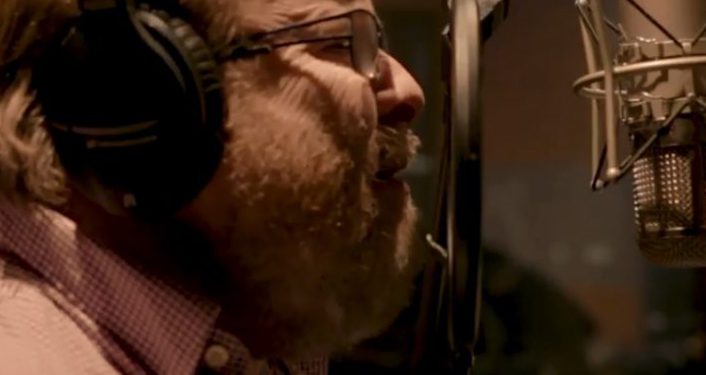 After nine months of songwriting and demo work, Lee Palmer’s forthcoming collection of tunes, Horns & Harps, due on Sept. 7, came together over a few days at Jukasa Studios in Caledonia. Lee went for a full band experience.

The two main recording days were thematic in approach, with day one featuring Turner King on saxophone, and day two featuring Roly Platt on harmonica. Thus the title: Horns & Harps. With eight originals and two covers on it, Lee’s newest offering is a nod to blues, Americana and folk music, with his thematic and catchy lyrics at the forefront.

Here’s what Lee has to say about it.

I’ve had the privilege of doing five studio albums over the last six years, each time at a different studio with new players and old, but always with exceptional musicians. Calling the studio band The One Take Players is a testament to how prepared and talented these musicians have been. This album is no exception. Jukasa Studios gave us isolation for six players at once with a sight line to all. We were able to capture the interaction between these great players, and that was precisely the point. For that reason, I would put this down as my most musical recording experience to date. The tunes vary from lighthearted to life happens and everything in between. And if everything does happen for a reason, then this album is a direct result of a crazy chain of events that set Horns & Harps in motion.

Dispatches from … home … before leaving ...