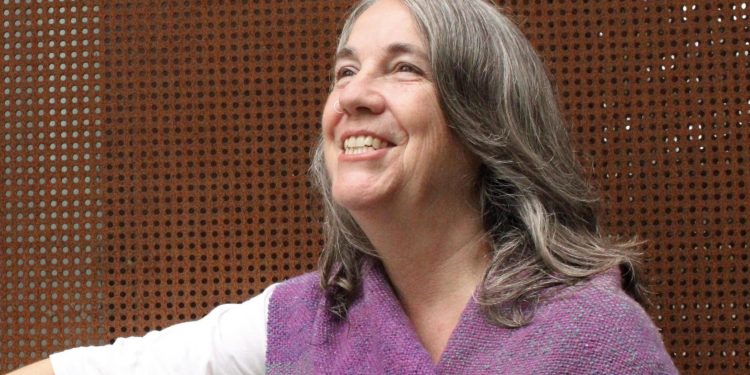 When trying to navigate this crazy life, it’s common to want to bend the rules rather than walk a straight path. Ottawa folk artist Christine Graves captures the frustration and acceptance of living an unconventional existence with her new single “Bend The Rules” from her forthcoming album Everyday Life.

An introspective acoustic-guitar ballad that features understated electric bass and mellow drums, “Bend The Rules” is confessional, prayerful and self-aware.

The ballad’s melancholy-yet-wise resonance comes from the repetition of the lyrics, the hypnotic rhythm of Christine’s guitar playing, its creative starts and stops, and the sad but knowing expressiveness of her voice. “Bend The Rules” is a song that’s much more than the sum of its parts.

Part of the song’s vividness derives from the fact that, like all songs for Everyday Life, it was recorded live off the floor over the period of a year during the pandemic. Christine was working as a part-time frontline mental-health worker in a local hospital, and making music helped her manage her emotions and refuel her tank before, during, and “after” COVID. But she clarified, “It’s not an isolation album. That might come next.”

Christine especially enjoyed recording the album in a live manner.

“These are my ‘scratch’ vocal takes, and I almost titled the album Scratch,” she explained. “Working from the energy of live takes is a process I cherish, and it adds to the quality of the recording by creating a strong connection to the listener from a holistic presentation of the key musical elements.”

Christine Graves is a Canadian singer-songwriter who has made music independently since 1995, with the release of her debut, Piece by Piece. She became a CBC radio darling and received critical acclaim, recording three more independent albums released on her label, Brave Music, between 1998 and 2006. Christine’s music can be described as spacious and introspective contemporary folk. She writes poetry and puts it into song, performing on guitar and ukulele and often improvising vocal solos. Occasionally her east coast roots come to the fore, and she plays on her grandfather’s 100-year-old banjo ukulele from Nova Scotia.