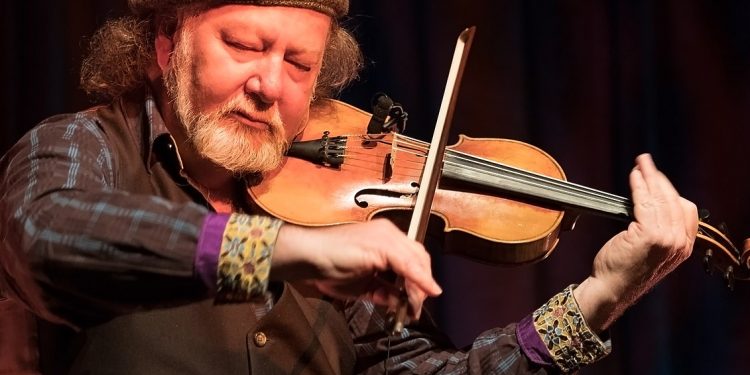 The Rogue Folk Club is starting the year strong with four fantastic performances lined up in January, so you won’t have to wait long for your next musical fix.

The Rogue is offering tickets for both in-person and online livestream viewing, so music lovers outside of Vancouver are welcome to join in for the shows. For tickets or more information, call 604-736-3022 or visit RogueFolk.bc.ca.

The musical partnership between Alasdair Fraser, long regarded as one of Scotland’s premier fiddle ambassadors, and the sizzlingly-talented young California cellist Natalie Haas may not seem an obvious one. Alasdair, acclaimed by the San Francisco Examiner as “the Michael Jordan of Scottish fiddling,” has a concert and recording career spanning 30 years, with a long list of awards, accolades, television credits, and feature performances on top movie soundtracks. He has been sponsored by the British Council to represent Scotland’s music internationally and received the Scottish Heritage Center Service Award for outstanding contributions to Scottish culture and traditions.

Natalie, a graduate of the Juilliard School of Music, wasn’t even born when Alasdair was winning national fiddle competitions on the other side of the Atlantic. But this seemingly unlikely pairing is the fulfillment of a long-standing musical dream for Alasdair, whose cutting-edge musical explorations took him full circle to find a cellist who could help him return the cello to its historical role at the rhythmic heart of Scottish dance music.

Natalie was just 11 when she first attended Alasdair’s Valley of the Moon Scottish Fiddling School in California. She responded to his challenge to find and release the cello’s rhythmic soul, and four years later, when Natalie was just 15, she and Alasdair played their first gig together. Now regularly touring with him and creating a buzz at festivals and in concert halls throughout Europe and North America, Natalie is in the vanguard of young cellists who are re-defining the role of the cello in traditional music.

David Francey is a Scottish-born Canadian carpenter-turned-songwriter. Born in Ayrshire, Scotland to parents who were factory workers, he moved to Canada when he was 12. For decades, he worked across Canada in rail yards, construction sites, and in the Yukon bush, all the while writing poetry, setting it to melodies in his head and singing it to himself as he worked.

A truly authentic folk singer, David is a documentarian of the working person who never imagined earning a living from his music. But when he was in his 40s, his wife, artist Beth Girdler, encouraged him to share his songs and sing in public. The reaction was instant. His first album, Torn Screen Door, came out in 1999 and was a hit in Canada. Since then, he has released 11 albums, won three Juno Awards and had his songs covered by such artists as The Del McCoury Band, The Rankin Family, James Keelaghan and Tracy Grammer.

In concert, David is a singer and a storyteller. His wry humour and astute observations combined with his openhearted singing style have earned him a loyal following.

Beppe Gambetta is a guitarist, vocalist, researcher and composer born in Genova, Italy in 1955 who developed a style of concert presentation that brings American and European roots to speak together with one voice. In his unique approach, Beppe blends energetic grooves with passionate melodies, giving new life to sources from different times, periods and places. In addition, the original music he composes gives contemporary influences to traditional roots music.

He first came to the United States in 1985 and then returned in 1988 to travel through the US with the first available Sony digital DAT machine. He managed to meet and record a collection of duets with 12 of the most admired guitarists in the American bluegrass/folk genre including Norman Blake, Mike Marshall, Charles Sawtelle, John Jorgenson and David Grier.

In 1993 he met and collaborated with Gene Parsons, a former member of the legendary folk-rock band, The Byrds. Gene performed on Beppe’s first solo American CD “Good News From Home” (1995) on the then preeminent folk and Celtic label “Green Linnet.” In this album, Beppe Gambetta started to blend his love for American Roots with elements of European tradition moving away from being known strictly as a hot bluegrass picker to create his own multi-national style.

In the late 1990s he launched a project to research the forgotten music of the Italian String Virtuosi of the turn-of-the-century. He focused on reviving the music and re-building the instruments of legendary Genovese harp-guitarist Pasquale Taraffo (1887-1937). This work led to the recording of two CDs, Serenata (1997) and Traversata (2001) with classical mandolinist Carlo Aonzo and American mandolin icon David Grisman.

In 2001, Beppe Gambetta and his wife Federica Calvino Prina inaugurated Beppe Gambetta Acoustic Nights, a series of annual concerts that bring together different top-notch international musicians each year, planned around a special musical “theme.” Held each spring at the 1000-seat Teatro della Corte in Genova, Italy for three or four consecutive evenings, the performances have established themselves as one of the preeminent events in the European musical scene and are regularly broadcast live by the Italian National Radio (RAI Radio 3).

Cassie and Maggie MacDonald encompass everything you could ask for in a musical act, their talent is only surpassed by the joy with which they so generously share it. Exciting and innovative, they have found the perfect balance between musical integrity and sheer entertainment. While still staying true to their Celtic roots, they have explored and tested the boundaries of traditional music, bringing a breath of fresh air to the genre with their original compositions and arrangements.

Born to a family with a rich musical heritage and raised in Nova Scotia, a province steeped in musical culture and traditions, the girls have used their unique up-bringing as a springboard for their own brand of Celtic Roots music. Equally at home playing tunes passed down through generations of musicians, as seamlessly weaving themes from the Moonlight Sonata into sets of sure-fire reels, Cassie and Maggie are turning heads wherever they go. And the music community has taken note; Galaxie Rising Star award winners, Canadian Folk Music Award nominees for Young Performers of the Year, East Coast Music Award nominees for Traditional Album of the Year and double Music Nova Scotia Award nominees for New Artist and Roots Album of the year, their accolades and awards speak of a young duo that will surely continue to do great things…

Mike Bern gives thanks for life on ...