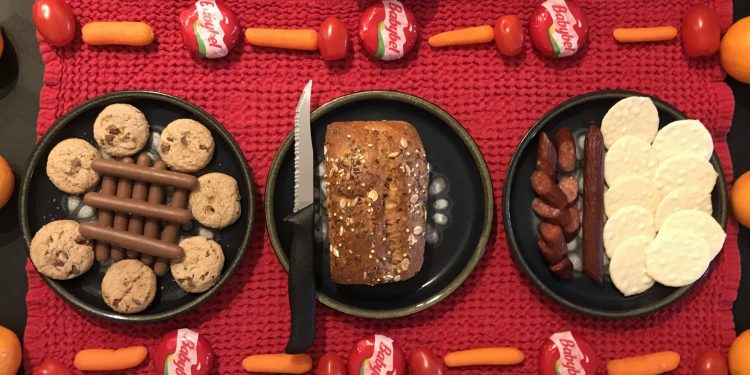 Tiny food is a huge deal these days.

If you spend any time on Instagram or TikTok, you’ll find entire channels devoted to cooking tablespoon-sized meals of butter chicken, masala dosa or French fries in Fisher Price-sized kitchens over stoves powered by tea-lights.

It’s really quite extraordinary to watch, if only because it leaves one wondering where people find the time and patience to engage in such a pass-time.  And really, why?

Tim Readman and Andy Cook tried to mimic the best holiday pop songs. Here’s how it turned out

It turns out, singer-songwriter Tim Readman was doing it before it was cool.

And there was a good reason.

“When my daughter was small — I think she was probably about six or seven when it started, and she’s, like, 38 now … she was dividing her time between me and her mum,” Tim said.

“And when she came to me, I’d always like to try to do something special and different. Her mum would always cook the big Christmas dinner and stuff. So she was kind of turkeyed out.”

At the time, Vancouver’s Liberty Bakery made tiny sausage rolls, which Tim and his daughter loved. They were delicious but also expensive, so they weren’t a meal unto themselves.

Tim would scour the bakery for other small items to go with them, and frequently, he’d find some tiny muffins or cookies.

Before long, the process of seeking out tiny foods and preparing a fancy spread of them became an annual holiday tradition.

“I would just keep my eyes open,” Tim said.

“And I’d see things like at one time, Crawford’s, the Scottish company that makes oat cakes and shortbread and all of that kind of Scottish biscuits, did like miniatures. So you could buy, like, mini cocktail shortbread. And you could do mini oat cakes…  and then you can cut the cheese really tiny. And then instead of buying, like, deli meat, I would buy those tiny little long pepperoni sticks and then slice them.”

On another occasion, Tim discovered mini croissants at Save-on-Foods and used them to make mini sandwiches.

“And then I discovered this thing called cocktail bread, which is like a German thing. And it’s rye bread in a loaf,” Tim said. “But it’s just tiny slices. …  So that was brilliant because I used to do, like, tiny grilled cheese sandwiches.

Then the cupcake craze heralded the arrival of mini cupcakes, and the macaron craze brought with it the creation of mini macarons.

Eventually, Tim’s daughter was old enough to do her own shopping, and then she too started contributing to the annual spread, which they began sharing with her friends from the theatre program at Simon Fraser University.

“It was so much fun because it’s kind of a novelty thing,” Tim said.

Tim’s daughter is now a parent herself, so the tiny food tradition doesn’t always play out every year like it used to, but Tim said it’s a source of lovely, happy memories for him.

“Like the year her and her boyfriend … made a tiny spaghetti and meatballs, and they used vermicelli for the spaghetti so it was super thin,” he said.

“And they literally got ground beef and made tiny little meatballs and then, like, served them on plates, so you literally, like, had a forkful. But it was really good and really nice, tasty food. And I just thought that was brilliant, you know? So it’s probably a good thing that it came to an end. Otherwise, by now God knows what we would be doing.”