Win tickets to a James Keelaghan show near you! 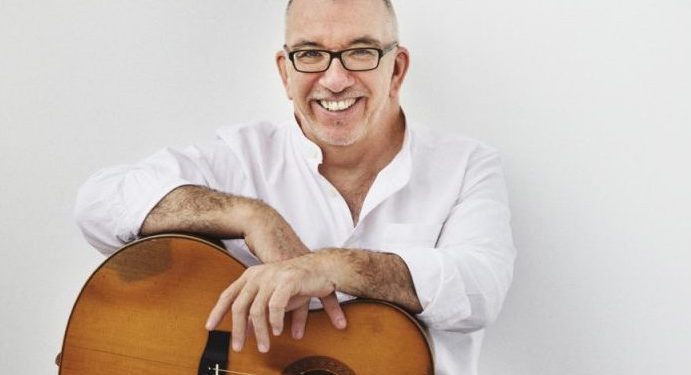 Juno and CFMA-winning singer-songwriter James Keelaghan released his new album yesterday, and he kicks off a tour on Thursday to officially launch it.

And we have a pair of tickets to give away!

Just fill in this form to enter.  The winner will receive tickets to the concert of their choosing.

The shows will be a celebration of the new record, and James is bringing the expert players from the album on tour with him. For the NAC show, James will be joined by Bob Stagg on piano, David Woodhead on bass and Bill Garrett on guitar. For the London show, David and Bill will join James, and for the Alberta and Kitchener shows, it will be James and David.

Special tip:  James’ birthday is Oct. 28, the day of the Edmonton show.

James plans to add more dates to the tour, but because of the way his child care is structured, he can only go out a week at a time, so it’s going to take him a bit longer to get out to see everyone.

James’ new album is called Second Hand, and it builds on his already-formidable body of work. His songwriting has often been cited for its keen sense of history. On Second Hand, he also takes on a number of topical issues.  Combine that with a command of the language and an unmistakably rich baritone voice, and it’s not hard to see why James is considered one of Canada’s all-time great singer-songwriters.

“I had a lot of fun recording it, mostly in Montreal with producer Bill Garrett and engineer Gilles Castilloux,” James said of the album. “I also got to work with some amazing musicians—longtime friend and bass player extraordinaire David Woodhead, drummer Alan Lalonde, and keyboards from the amazingly funny Bob Stagg. It’s been on my mind the past few years that I wanted to have more piano in the music, and Bob played some beautiful stuff. A dream come true. I was also able to get backing vocals from Pharis and Jason Romaro and Kelly Prescott.”

Tickets to all shows are on sale now at keelaghan.com.