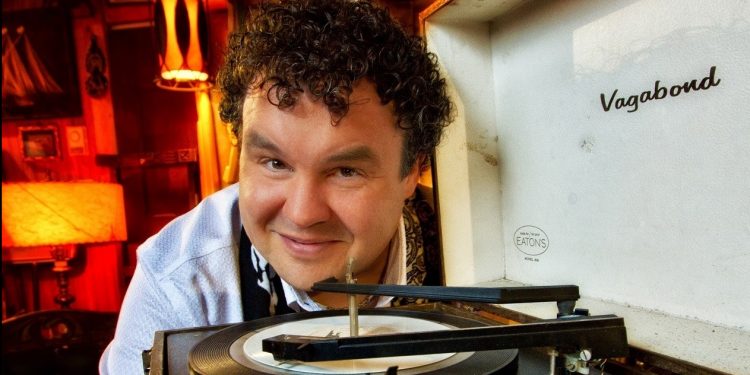 While analogies and metaphors can be pretty and poetic and all, sometimes you just have to tell it like it is. And there’s no mistaking that Nova Scotian singer-songwriter Jeff Hope is giving a bad relationship the hook, both literally and musically, with his new single, “Goodbye Baby.”

The “Goodbye, baby, goodbye” in the chorus is anthemic and instantly relatable as Jeff’s expressive voice kicks into the chorus after a spate of done-me-wrong epithets. We’ve all been there and this super catchy song’s four-on-the-floor rhythm is bound to have everyone involuntarily nodding in agreement.

“It’s a ‘get over it, I’m taking my love back’ kinda story that I think we can all relate to at some point in our journey as lovers and fighters,” he said.

While the subject matter may be bitter, “Goodbye Baby” is bathed in smooth, polished production with melodic guitar riffs and rich harmonies thanks to Jeff’s good friend and former bandmate, Nova Scotia multi-instrumentalist and vocalist Matt Muise-Dillan. The song’s production is thanks to another talented Maritimer, Kris Richards.

“He’s a Nova Scotia-born guitarist extraordinaire now living in Nashville and currently on tour with Clay Walker,” Jeff said. “Kris added a dimension to this song that is undeniable.”

Jeff also keeps it very close to home when it comes to the inspiration behind recording and releasing his first album in nearly two decades, Fill the Void — which includes “Goodbye Baby”.

Calling the album “the most honest work of his career,” Jeff said he owes it all to his father and primary musical inspiration Robert Hope, who passed away in 2017. Robert Hope was a member of the revered East Coast rock group, The Five Sounds. After having success with their 1962 single, “Peanut Butter,” they toured the U.S. with the Lovin’ Spoonful, The Mamas & The Papas and Three Dog Night.

“I really hadn’t done much musically for a few years,” Jeff recalled. “But after he passed away, I was gathering up some of his belongings and, while playing with some of his guitars, I started noodling around.

“The next thing I knew, I had an album.”

While that’s simplifying the whole process, the veteran singer-songwriter, multi-instrumentalist, and audio-engineer had crafted most of his latest album in the space of just two weeks. Fill The Void’s 18 tracks crackle with Jeff’s renewed inspiration and creative energy and run the gamut from old-school rock to country to pop.

“I believe my father was there with me,” Jeff said. “I believe this is a record of ghosts.”

In a way, it is. On two of the tracks, Robert Hope actually performs with his son; the slow-burning country-rock waltz, “God As My Witness,” and the piano-driven power ballad, “Rely On Your Old Friends,” both feature Jeff’s father on harmonica.

“I actually recorded the original versions of those songs 20-some years ago,” Jeff explained. “I was able to extract his harp and my vocal, and then I was able to re-record all the music. It was just a chance to connect to dad in a strange way.”

The musical connection he shared with his father first kicked in when Jeff was in his teens.

“I started getting serious around the time I was 13,” he recalled. “Then my father and I built a recording studio in the basement of our convenience store in the early ’90s.”

Jeff was teaching recording and working as a soundman by the age of 17. Over the years since, he has played with a number of country and Celtic bands — including The Frequency and Barnacle. He has recorded with well-known Maritime artists Louisa Manuel and Grassfire and produced Chelsea Nisbett’s East Coast Music Award-winning 2008 gospel album, New Beginnings.

In 2002, Jeff recorded and produced his debut album, the blues-rock collection, The Show Must Go On. Now, 20 years later with Fill the Void, Jeff’s show continues on with renewed vigor and creativity as he looks forward to returning to the stage as live music is returning on the whole.

“I feel this is the start of a new chapter,” He said. “I’ve got another record or two in me for sure. I don’t want to put this out and walk away from it again.”