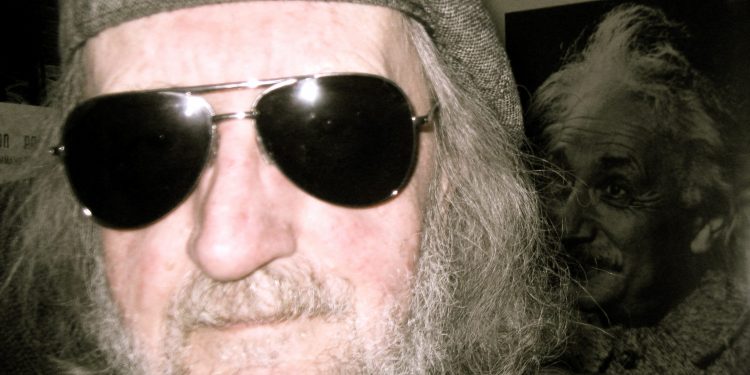 Like many projects developed during the COVID-19 pandemic, the production of Bob Stark’s eighth album, Sculpted Pieces of Love, was greatly affected. The Ottawa native, who has lived in Vancouver since 1996 had all the parts recorded in The Warehouse studio (owned by Bryan Adams) by early March 2020. He also had the opportunity to collaborate with Michael Friedman to add a second guitar part and harmonies on one track. Within weeks, circumstances changed drastically in Canada and around the world.

So the background vocals and other instrumentation had to be done separately after the studio reopened in June 2020 with restrictions. Harmony vocalist Karly Warkentin worked in the Vancouver studio with engineer Nick Civiero while Bob provided feedback from MP3 files. Another harmony vocalist, Cindi Keep, recorded her vocals at home on Bowen Island. In September 2020, three more people contributed material from Gibsons. Michael Friedman provided additional guitars and harmonies, Antonia Robertson added harmony vocals, while Karen Graves stepped up with soprano sax/flute.

Finally, Bob worked with the engineer via email and in person to complete the album in early 2022. The resulting dozen tracks were worth the effort. These songs are stories that deserve to be listened to again and again. There is a comforting similarity in the musical approach to the tracks that make the album seem like a musical discussion about Bob’s experiences with love and life.

The conversational quality of his soft-spoken vocals is sweetened with stunning background vocals that are reminiscent of those used by Leonard Cohen. The instrumentation is dominated by Bob’s finger-picking on guitar with other instruments and voices used as tender embellishment.

Simplicity was chosen as the way to go both out of practicality as well as an artistic preference.

“We even pared down what we had in some songs,” said Bob. “Ergo: Stay out of the way. Let my vocals, storylines, and poetry rule the day… or rue the day.” For the most part, the former rather than the latter applies to this album.

Most of the songs are relatively short with an “ab” rhyme scheme, and several are musings of past and current relationships and friendships. In contrast to our cooped-up COVID times, there are numerous mentions of other places, including Paris, Brazil, Scotland and even Patterson Creek in Ottawa. A stand-out track is the moody and mysterious tune “Be all You Can Be,” complete with a catchy chorus. On the other hand, the track “We Gotta Change” lives up to its billing as an anthem about the state of the world.

The packaging for the CD is both appealing and revealing. The colourful album cover was designed by Bob’s brother, Gary Stark. A cardboard foldout sleeve gives credits and thanks to the contributors. The song titles are also listed along with a pithy description of each track. For example the blurb for the lyrical song “I’ll Never Be the Same Again” is “Partly truth. Partly fiction. Poetic licence.” An attractive bonus booklet gives us the lyrics, which are a welcome addition, since the words are a vital element, as they are in most folk music.

This is Bob’s eighth full-length CD. He is best known in folk circles for well-produced albums with exceptional lyrics and strong musicianship. Veteran folksinger Ian Tamblyn recently remarked “Bob is the last of the great romantics.”

Bob has received positive comments about Sculpted Pieces of Love and is looking into potential opportunities in which to perform the songs.

The ‘Glenn Gould of folk music’

“I really haven’t performed live much in recent years”, he noted. “I’m the Glenn Gould of folk music; I record records but don’t perform live.”

He is looking forward to working on a miscellany of unfinished writing projects including a book of poems, a couple of plays, a crime novel, and a children’s story.  And he may be in for a change with his songwriting.

“I have already begun revising older songs and looking at unfinished stuff, thinking of going back to my more political songwriting roots,” he said. “We’ll see where that goes! I think on this new album I’ve covered the love theme… for now.”

For more information about Bob Stark’s music you may email him directly at bobbybulgemusic@gmail.com.

5 more acts to catch at Summerfolk ...

Alex Cuba gets a hometown mural and ...