Alex Cuba gets a hometown mural and an honorary doctorate 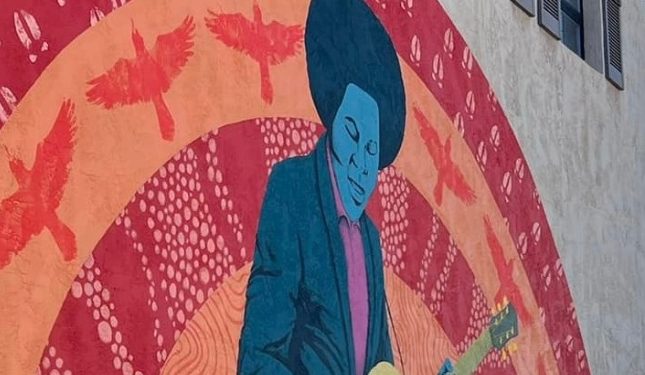 It’s been a banner year for Alex Cuba.

He began it by winning the Grammy Award for Best Latin Pop Album, his first ever Grammy after receiving three prior nominations and four Latin Grammys.

Now he can add to his list of achievements an honorary doctorate and a mural in his adopted hometown of Smithers.

Queens University has bestowed upon him an honorary doctor of laws degree for, “maintaining the sound and musical fabric of your birthplace, while at the same time integrating yourself thoroughly and successfully in the cultures of Canada” — according to the University’s principal and vice-chancellor, Patrick Deane.

The school also invited Alex to address its graduating class.

Then, last month, Tourism Smithers commissioned Argentinian-Canadian artist Facundo Gastiazoro to paint a mural of Alex on the wall of the Carlyle Shepherd & Associates building on 3 Avenue.

“It’s been a real treat to honour @iamalexcuba with this mural, as a tribute to his lifetime achievements in the music industry, winning multiple international awards and most recently a Grammy, not only as an artist and musician but also as a producer who created his most recent album, Mendo, right here in Smithers, B.C. during the pandemic,” the organization wrote on it’s Instagram page.

“AND to recognize his huge influence on musicians and the music industry in Canada, B.C. and, of course, right here in the Bulkley Valley, where he’s included many talented locals in his music and video productions, has contributed his insights to local high school band excursions to Cuba, and continues to be a fantastic role model and inspiration to so many in our arts and culture community.”

Congratulations, Alex!  It couldn’t happen to a more deserving artist.

PS:  Watch for his new single and video at the start of September.

Dala’s Amanda Walther made music for a ...