5 more acts to catch at Summerfolk this weekend 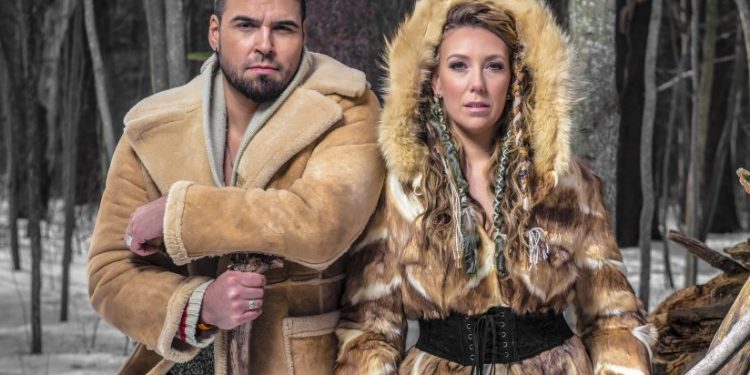 Unlike many Canadian music festivals, Summerfolk in Owen Sound did actually go ahead last year, but in a much less conventional format from the usual gathering at Kelso Beach – more like a festival of small halls than a mass gathering. But this year, it’s back to its old self after two years of compromising for COVID restrictions. Howard Druckman and I will be there on behalf of Roots Music Canada.  We’ve already told you about five of the artists we plan to check out.  Here are five more.

Leela Gilday is a passionate singer-songwriter and soulful performer with a gutsy voice that comes straight from the heart. She weaves her experiences as a northerner, a member of the Dene Nation and a traveler into an exceptional experience for her audience. Born and raised in the Northwest Territories, with her family from De?li?ne, on the shore of Great Bear Lake, Leela writes about the people and the land that created her. With her powerful vocals dancing across the rhythmic beats of traditional Dene drumming, she sings of love and life in a rugged environment and vibrant culture. In 2020, along with Haviah Mighty, Leela was the first recipient of the SOCAN Foundation HER Music Award, and in 2021, her fifth album, North Star Calling, earned her the Indigenous Artist of the Year Juno Award. I can’t wait to see her live show.

Aleksi Campagne began performing onstage at five years old, alongside his mother, Canadian folk icon Connie Kaldor (who’s also playing at this year’s Summerfolk). By 21, he had become the only student to have ever been accepted into the classical violin, jazz violin, and jazz voice performance programs at McGill University in Montréal. His 2022 singles “Sparklers and Gin” and “Till I Get Home” (also released in French versions, as befits a true Montrealer) point in a more pop than folk direction, and his highly anticipated 10-song debut album, For the Giving, is being launched in both audio and video formats this summer on the cross-Canada tour that brings him to Summerfolk. A folk festival favourite for three years pre-COVID, Aleksi impresses audiences by singing while bowing his violin, and leading his four-piece band through original music that blends folk songwriting, multi-layered sound, and a looping pedal.

Boogát is guaranteed to get your feet moving and your soul stirring with his unique combination of hip-hop and various styles of Latin music, including cumbia, salsa, reggaeton and more. The son of immigrant parents from Paraguay and Mexico, he was born in Québec City and raised in Beauport Beach. In 2001, he moved to Montréal, where his career began. In 2013 he released El Dorado Sunset, his first Spanish album, which won two ADISQ Awards: Best World Music Album and Producer of the Year. Since then, Boogát has toured Canada, the U.S., México, Argentina, the U.K., and throughout Europe, and his 2015 album Neo-Reconquista won another ADISQ Award and a Juno Award for Best World Music Album. He’s also collaborated with Cut Chemist, Lido Pimienta, Kid Koala, and Pierre Kwenders, among many others. Get ready to listen and dance!

Rick Fines is a seasoned acoustic blues artist who remains as compelling a singer, songwriter, and guitarist today as he’s ever been. Rick has earned well-deserved Maple Blues Awards for Songwriter of the Year and Acoustic Act Of The Year (the latter award twice), and has won first place in the blues category of the International Songwriting Competition, in which B.B. King himself was one of the judges. He’s also received nominations from both the Juno and W.C. Handy Awards and played for legendary blues piano player Pinetop Perkins. Rick toured from Newfoundland to B.C. to the Arctic last year alone. His current album is Solar Powered Too, a sweet collection of story-songs sung in his rich voice, accompanied by a wide range of his expert folk-blues guitar styles. Rick truly excels as a triple-threat and is not to be missed.

Twin Flames, who earned two 2022 Canadian Folk Music Awards – for Vocal Group of the Year and Indigenous Songwriters of the Year – come highly recommended as one to watch and promise to amaze and inspire with their powerful musical and storytelling skills. A married couple – Chelsey June, an Indigenous woman of Métis and Algonquin Cree heritage, from Ottawa, and Jaaji, of Inuk and Mohawk ancestry, from Nunavik and Kahnawake – Twin Flames are part of the current Indigenous renaissance. The duo have honed their music for six years, singing in English, French, and Inuktitut, and they pride themselves in creating a strong human connection with their audiences. Combining cool synths, pop melodies, rock guitars, folk content and gorgeous harmonies above all, they do whatever works for the song. Their standout version of The Tragically Hip’s “Grace Too” incorporates traditional-style backing vocals in a surprising and effective twist.