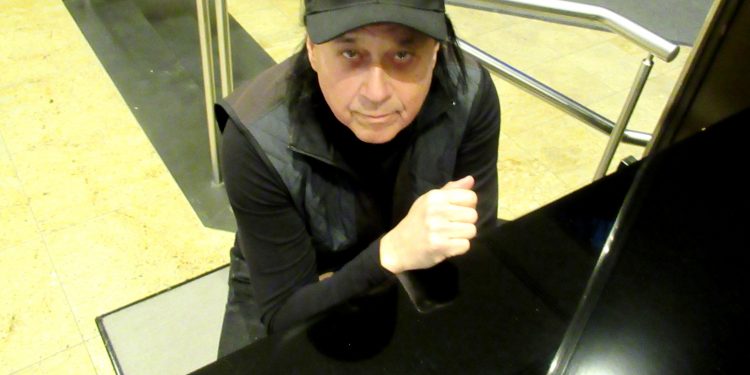 Toronto Blues Society has changed the dates of the upcoming Blues Summit Ten and the 25th annual Maple Blues Awards to June 17 – 20, 2022 due to current provincial restrictions, travel limitations and rising COVID-19 cases.

The Maple Blues Award winners will be announced on June 20, 2022, at Koerner Hall in Toronto. Tickets are on sale now at https://www.rcmusic.com/events-and-performances .

COVID protocols are strictly in place, with proof of vaccination and valid ID required, with mandatory masks everywhere in the building, including during concerts.

Detailed information will be provided to ticket purchasers prior to the concert dates. Please visit rcmusic.com/performance/covid-19-update for the most up-to-date information.

In both an abundance of caution and as an evasive business viability decision, Folk Alliance International made the decision to move its upcoming conference by three months, from the original February dates to May 18-22, 2022.

“This has been a difficult decision to make, but after working with event safety consultants at Majestic Collaborations, the Kansas City Health Department, the Office of Emergency Management, and the Westin Crown Center Hotel team, we determined this was the most responsible way to proceed,” the organization wrote in an email.

FAI staff and board will be working collaboratively with SERFA (the Southeast Regional Folk Alliance) to support their return to in-person gathering the week prior.  (Click HERE to see a video from executive director Aengus Finnan)

Aengus, Folk Alliance International’s fourth executive director in the organization’s 35-year history, has announced that he will step down from the role in 2022. He has been at the helm of FAI since June 2014.

During his tenure, FAI expanded its definition of folk to be more culturally inclusive, increased attendee representation from nine countries to 42, expanded the conference from 1,800 delegates to 3,300, doubled the annual budget from $800,000 to $1.6 million, extended its global reach with outpost events in Ireland, Sweden, and Australia, and welcomed its first board members from outside of North America with representation from England, Australia and Colombia.

“It has been a great honour to bring our organization’s aspirations and potential to life, to center our work in the ideals of the folk community, and to steward our genre into an exciting new era,” said Aengus. “I can’t credit enough the incredible staff and dedicated board for their trust and collaboration in all we have achieved.

Fans and colleagues are mourning Koady Chaisson of the East Pointers, Harpdog Brown, and Vince Fontaine of Eagle & Hawk and Indian City

Friends, loved ones and Manitoba’s music community are mourning the loss of Juno-Award-winning guitarist Vince Fontaine.

The co-founder of Eagle & Hawk and former member of folk-rock group Indian City died this week after suffering a heart attack, said Jay Bodner, his bandmate of 25 years.

From the Edmonton Journal:

With the passing of Harpdog Brown, Canada loses one of its character bluesmen — a raucous traditionalist deploying classic-electric Chicago blues, swirling New Orleans swing, and hyper-danceable, big-band blues that reliably rose dust off the dance floor. (Click HERE for more)

From the Eastern Graphic:

Koady Chaisson had a composure that not only made people sit up and take notice, but also made people feel like they were the most important person in the room.

The young eastern PEI musician died suddenly at his home in Little Harbour on Thursday, January 6 at age 37.

A member of the East Pointers, an internationally acclaimed pop/folk group, Koady was a talented songwriter and banjoist. The group also included vocalist and fiddler Tim Chaisson and guitarist and keyboardist Jake Charron. (Click HERE for more)