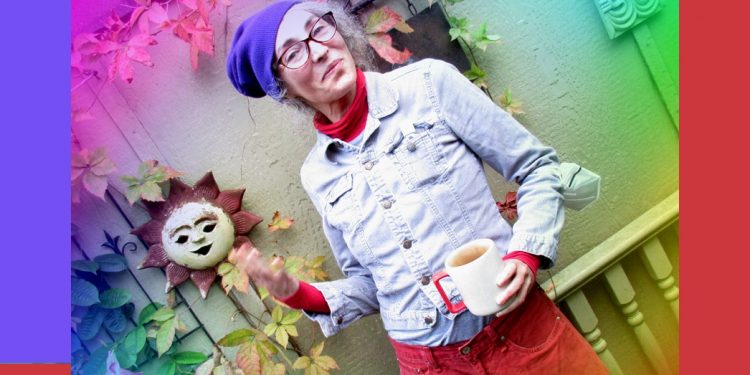 Toronto’s prismatic singer and composer Ronley Teper has recently beamed a high-spirited rainbow of sounds up into our ears with her welcome new release entitled Everyone Loves A Good Story. Her first studio recording in 10 years, it includes hues of R&B, cha-cha, balladry, gospel, ragtime, folk, funk, African high-life, Dada cabaret and rock’n’roll, amongst a spectrum of other ingredients. This multi-disciplinary interweaving harkens back (or forward?) to an adventurous era for creative pop music, exploring hybrid formats that are at once concise concepts and free-wheeling extensions of possibility, as pioneered in Toronto over the years by artists like General Idea, Friendly Rich and Joe Hall & The Continental Drift.

The album was heralded in advance by a number of stylistically unique animated videos: the classic surrealism of Carolyn Tripp’s “Big Black Clouds,” Virpi Kettu’s charming  “New Love,” and Saul Lederman’s opulently dark RPG interpretation of the title track to name a few. Ronley’s combining of sound with visuals has always been elemental to her musical output, both in performance and on record. You can watch some of the animations at Ronley’s YouTube Channel.

“I think that music is an audio-visual experience,” she explained.

“I mean even if you actually don’t have a video, if you’re listening to music and you can visualize something, that’s really a powerful experience. And there is a painting for each song inside the booklet too. Everyone who collaborates artistically with the Lipliners is a Lipliner, and they’re jamming along with us, and together we find a palette to put things together into a larger-than-life experience, expressed through a variety of media.” 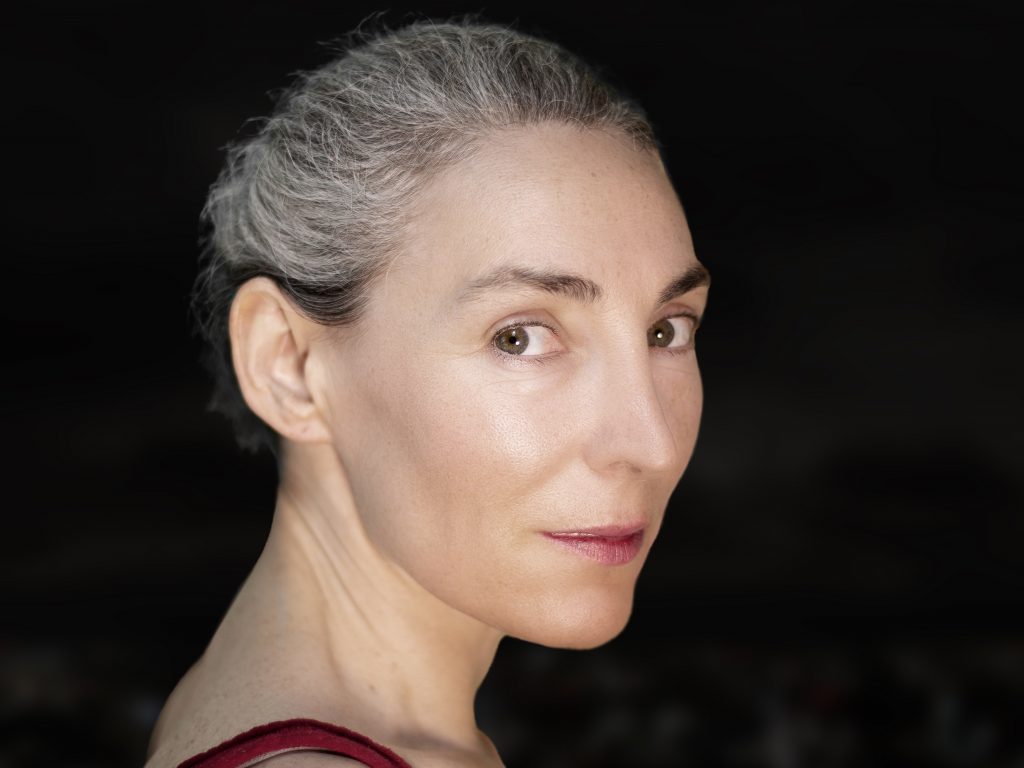 Lipliners is the membership brand that Ronley uses to identify her long-standing and eclectic collective of some of Toronto’s most progressive musicians and multi-media artists. The album’s central musical core consists of keyboardist Chris Pruden, drummer Jesse Baird, horns by Caleb Hamilton and Gordon Hyland and, in the string section, bassist Vivienne Wilder, guitarists Tim Posgate and Christine Bougie, and significantly, on violin, guitar & banjo, Jaron Freeman-Fox, who produced the album.

“During preproduction, we recorded and edited live, improvised sessions that we made during a residency at the Cameron House,” Ronley said. “I expressed what I loved and wanted on the record. I was adamant about having the live feeling with the studio feel, and I think Jaron did a superb job! He’s really such an amazing multi-instrumentalist/mixer and he’s been in and out of the Lips for over a decade, not to mention he’s brilliant. With previous albums I was always there and throwing in my juice, but I trusted Jaron completely – he knows me so well.”

“This is the first LP I’ve ever done where I did not include myself as a co-producer,” Ronley continued. “I wanted him to have as much autonomy as my artistic director tendencies could endure. During production, he would send me near-finished tracks to listen to, and I would say if something bothered me or not. I needled and picked at the itty bitsy’s, and there was one particular track where I really struggled to explain my vision. In the end, he nailed it. I would do another record with him in a heartbeat.”

Everything around me can be art if I let my mind run amuck. – Ronley Teper

The record opens tenderly, with a gospel-toned piano inflating within seconds into a heart-filling power pop testimony to “New Love.” Then an Afro-Latin fulminate of orchestration swoops in to support “Pimple On The Nose,” with the full-on Ronley character emerging – a combination of the unrestrained vocal combustion typical of her live persona with synchro-mesh musical precision. “It’s about something that’s ready to erupt, and you can either wait for it or go for it. But by doing that you realize the risk of making it much worse,” she said.

Switching gears again, the dream-inducing nursery-rhyme cadences of “Big Black Clouds” reverse the flow to a gentle, contemplative assurance that “maybe tomorrow, we’ll find a better way.” By juxtaposing her elastic lyrical tendencies with successively expanding musical moods, Ronley coerces the listener into an attentive state that conforms to the velocity of her conceptual hyperactivity.

“Honestly, it’s all or nothing with me,” she reflected. “Everything around me can be art if I let my mind run amuck. It’s challenging to just let things be, and not be, actively listening and watching and being in the moment. That’s why I love live performance so much. Improv on stage is the only place I seem to be in the now.”

How does she generate the energy required to maintain that storm of consciousness? 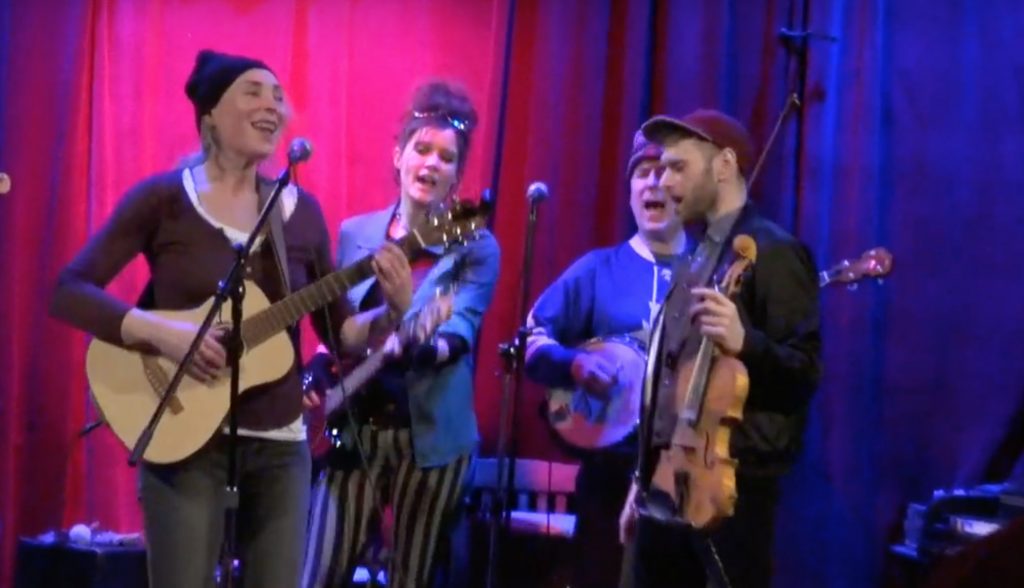 “There can be extremes of energy and extremes of nothingness sometimes too,” she said. “Sometimes I really have no energy at all and will sleep for days on end. Other days, it’s on fire, a sensational burning to create, direct and always to have some creativity on the go. I actually can get quite depressed when I don’t have anything creative in action. Creative blocks come and go, but at least for now I feel that even when I’m blocked or energy-less it’s actually part of a process that’s taking me somewhere. Sometimes. I think that it’s also a blessing to appreciate, and to be able to explore such a variety of different elements of our humanity.”

The opportunity that she offers to us to share the range of her emotional inspirations is exemplified by the rapidly segueing styles that carry “Love Again” from a skiffle simplicity to operatic awesomeness and then into an a cappella resolution.

“It’s for anyone who has been in love and been decimated by it,” she explained,” to remember to allow yourself the time and be patient until you’re open to love again.”

Similarly, “Stuff” is a straight-ahead rocker about trying to focus, with a half-time breakdown on the word “procrastinate” that leads into another internal dialogue, with Ronley raging out on the situation comedy that sometimes evolves between “Cohabiting Lovers.”

“Crazy” starts as a country rumination with a relaxed Ronley deconstructing her anxieties over “those people that tell you you’re crazy” over an evolving pulse that flourishes and subsides within a starburst of vocal fireworks.

Anything that affects emotion, I think that’s where art comes from. – Ronley Tepper

“Anything that affects emotion, I think that’s where art comes from, and everyone has a little bit of craziness in them, so if people love you or hate you, it’s just two sides of the same thing. I would prefer any sort of reaction. I have a thing about indifference. It’s just a place-mat underneath the feast of deliciousness.”

“Crazy Times” is a terse and timely admonishment that “the future is now, so let’s figure out how.” She extends her soulful plea for social unity with the graceful and ironic “Everybody’s Friend” before mapping out the ephemeral particulars of the creative process on “Everyone Loves A Good Story.” 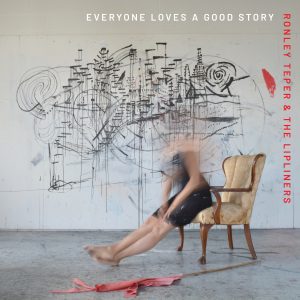 “Sometimes you don’t know what the story is,” she confided,” and that can be the story. Especially in this pandemic lifetime we’re in, it’s hard to create a story with a mask on; you can’t see the expressions that people are feeling.”

The album closes with the light-hearted “Alright,” reassuring us all with some soul-searching real talk about patience and trust.

The studio album naturally extended into a genre-bending multimedia immersive audio-visual album experience, with Ronley as curator and hostess welcoming you to visit Toronto’s Lyceum Gallery  for an in person exhibition and/or to explore this project through AR and a VR gallery that begins March 3. The exhibition will showcase commissioned artworks by 15 artists within a variety of artistic media, each inspired by a song from the LP. The in-person exhibition is open to the public for walk-ins Saturdays and Sundays from 12 to 5, and by appointment during the week. Further surprise small events and workshops between March 3 and 20 will pop up during the run of the show. Finally, the project will culminate, on Sunday, March 27, with an all-day/all ages festival extravaganza running from 2-11 p.m. at The Tranzac Main Hall (covid world permissions pending of course). Scheduled highlights will include an all ages Lipliners set at 2 p.m. followed by performances of some the regular contributing Lipliners’ own projects including Wilder, Posgate, Freeman-Fox and Rutherford, ending with another performance by the Lips at 9 p.m.

“To be honest,” Ronley concluded, “my greatest fear in life is losing that creative energy. I think a lot of artists eventually get to a point where they don’t continue releasing new works later in their lives. I hope I’m one of the long haulers. So far so good. Everything in life starts with creativity. If you don’t know where to go, you just keep going. Eventually you’ll end up somewhere.”