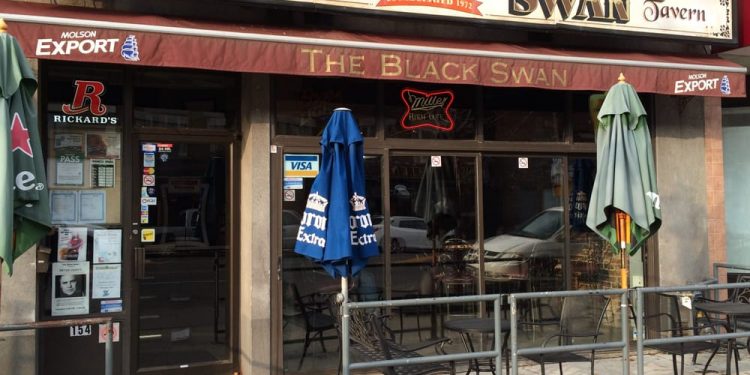 As the festival director of the Winterfolk Blues and Roots Festival, I have to connect with venue owners when scouting for locations for Winterfolk. Presenting live music is one way of building a clientele for their business. Music can draw customers who may return to a venue, whether it’s for the entertainment, the food or for the atmosphere they enjoy.

Winterfolk offers venues so much more than that. For most of our participating venues, Winterfolk is usually the highest grossing weekend of the winter. We generate high revenues at a generally slow time of year. In addition, Winterfolk finds paid work for more than 150 artists and brings lots of commerce to the surrounding neighbourhood.

It’s become increasingly difficult to find venues for our festival as many of them closed both before and during the ongoing COVID-19 pandemic. Our upcoming festival, on Feb. 18, 19 and 20, celebrates our 20th anniversary. A few weeks ago, we felt fortunate to have landed three locations on Toronto’s Danforth Avenue for our birthday bash: the Black Swan Tavern, Dora Keogh’s Irish Pub and Mandy’s Bistro.

Winterfolk is unique. We present on five stages, all within walking distance. What we do is emulate the setting of a summer park festival with several stages, and people walk around from stage to stage, program in hand, and they know who they want to see when. We recreate that setting, except it takes place in late winter in the heart of the city. 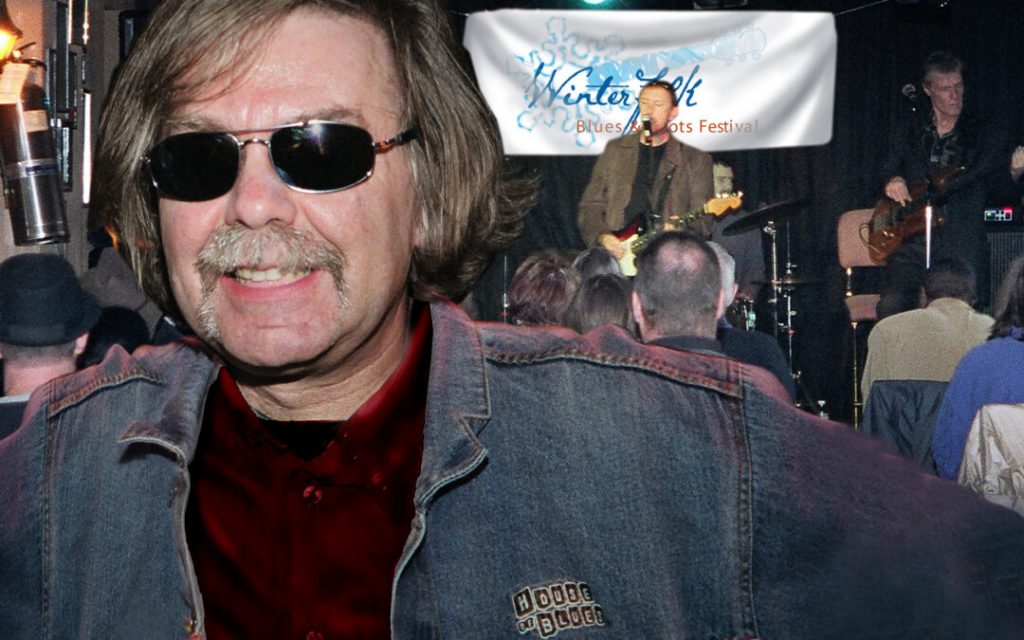 When Winterfolk was founded 20 years ago, the concept of a winter music festival was new. We had so many venues that wanted to host Winterfolk and had our choice of who we wanted to work with. But the landscape has changed over the years. Many venues, especially several we worked with on the Danforth for years, including the Willow, Stanley’s, Terri O’s Sports Bar & Grill, the Mambo Lounge, the Globe Bistro and Bad Dog Theatre, are either out of business or no longer wanting to present live music.

When we started Winterfolk, there were 11 live music presenting venues on the same block just east of Broadview. Today, there are only four remaining. So it became increasingly difficult to find a permanent home for Winterfolk.

That’s why we moved to the Tranzac Club and the Annex Hotel, both in the Bloor-Spadina neighbourhood, for our February 2020 festival. Just before the onset of pandemic, we had a last blast, filling the venues to the delight of the club owners.

But as the pandemic lingered, the Annex Hotel turned its music venues into fast food restaurants. So Bloor and Spadina was no longer a viable option for us as the Tranzac alone could not offer us the five stages we require. After an intensive search for locations in the Queen Street West area and the Danforth, we had offers from three venues on the Danforth: the Black Swan Tavern, Dora Keogh’s Irish Pub and Mandy’s Bistro. 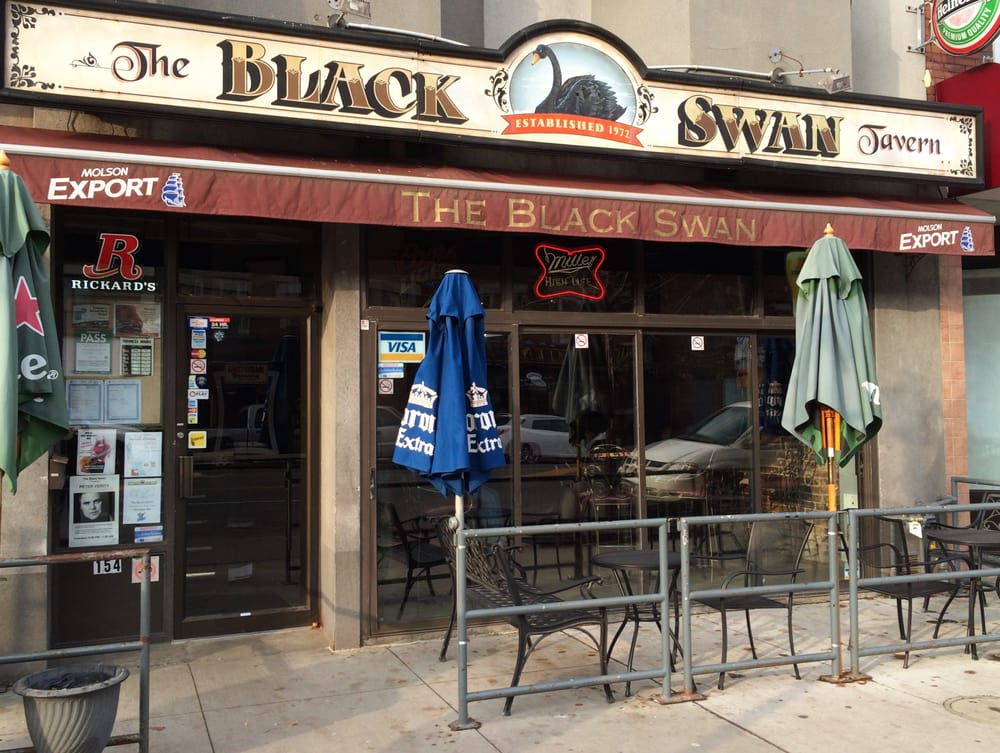 However, when the Ontario government’s pandemic protocols were tightened in January 2022, we realized that our venues would likely not be able to host Winterfolk. On Dec. 19, 2021, the government’s COVID-19 restrictions introduced a 50 per cent capacity limit on restaurants and bars. Under new protocols that took effect on Jan. 5, they are now limited to takeout only until at least Jan. 27.

Our hopes of holding a live anniversary Winterfolk festival were dashed. We have decided to go with a virtual format, streaming the festival for the second year in a row. We’ll be presenting three separate streams on Feb. 18, 19 and 20, from 7 to 10 p.m.

I reached out to the owners of the three venues that were to host Winterfolk to get their reactions to the pandemic protocols and to chat with them about their businesses. I also spoke to Judy Perly, the owner of the Free Times Cafe, which presented a Winterfolk preview last November. The cafe also hosts my longtime open stage, Dr. B’s Acoustic Medicine Show.

The Swan was rolling with the punches when I spoke to its co-owner, John Pachis, in December, just after the Swan’s capacity was reduced to 50 per cent.

“We have no choice in the matter. We have to abide by the law,” said John, who co-owns the tavern with his brother Bill. He added that the Swan would remain open operating at 50 per cent capacity. Immediately after the first pandemic restrictions came into effect, two bands cancelled their shows, but he was determined to continue presenting music at half capacity: 45 instead of 90.

John closed his comedy clubs, the Social Capital, which he operates on the second and third floors of the Swan’s building, and he planned to look at reopening them in the new year.

Not everyone visits the Swan for music or comedy. Some patrons are there to watch sports broadcasts, including soccer and football games on six screens scattered throughout the venue. They’ll miss their games with the Swan closed. “These people are retired and need a place to hang out,” John said. “It’s something they enjoy watching, so we pay for it, and they support the bar.”

The building that houses the Black Swan has a long history on the Danforth. It’s had an active tavern license since 1902, originally under the name Hotel Commerce, with a tavern on the ground and rooms on the second and third floors. The Swan has been a Pachis family business since 1984. It was closed for nearly two years after the onset of the pandemic. During that time, employees who received government support were busy renovating the building, preparing to welcome patrons back.

“It’s frustrating. It’s hard – all the things you would expect. I guess that’s what we have to do, so we’re doing it. But it doesn’t make it any easier.”

She plans to look into new government assistance programs available for businesses, she said.

“We started losing revenue in the middle of December, so it’ll be more like a six or eight-week closure for us,” Jane said.

She’s disappointed that the government waited as long as it did before announcing that it was closing indoor dining. 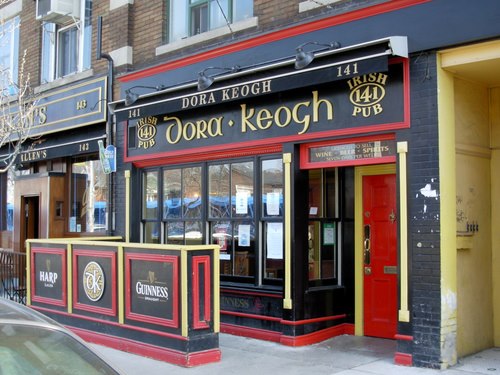 “I suspect they knew that was going to happen all along,” she said. “Most places, us included, closed between Christmas and New Year’s because everybody got COVID and nobody could work,” she said. “To ramp up to reopen on Jan. 3, to then to be told you’re closing on January 5 … the cost and the waste. I’m confident they knew this is what they were going to do.”

Government support kept Dora Keogh afloat during the long lockdown that began in Ontario in March 2020, she said.

“Without the relief and wage subsidy programs, I would not be here,” Jane said. She added that although the lockdown in Ontario was long, she thought the government did the right thing keeping everyone safe and keeping our healthcare system intact.

Musicians are a huge part of Dora Keogh, which usually presents a variety of bands, including Celtic performers and open stages.

“We have a really nice community of musicians. Music is what we do here,” she said.

Opened in September 1997, Dora Keogh is one of Toronto’s most authentic Irish country pubs. It was voted the No. 6 Irish Pub in the World by Ireland of the Welcomes magazine in 2013.

Mandy Goodhandy and chef Richard Henry opened Mandy’s Bistro on Nov. 27, 2021, some 19 months after the pandemic forced her and business partner Todd Klinck to close the doors of their 120 Diner in May 2020.

The Bistro incorporates Mandy’s idea for live music and a lounge and Richard’s idea for a restaurant. The venue’s location on the vibrant Danforth Avenue strip appealed to her. She doesn’t view other nearby restaurants and music venues as competition.

“The way I see it, it’s networking. People are willing to share audiences. We’re all offering different things at different times,” she said.

With the closing of indoor dining, the Bistro’s situation is critical. Government pandemic subsidies are based on 2019 sales, which means the Bistro may not qualify for assistance. 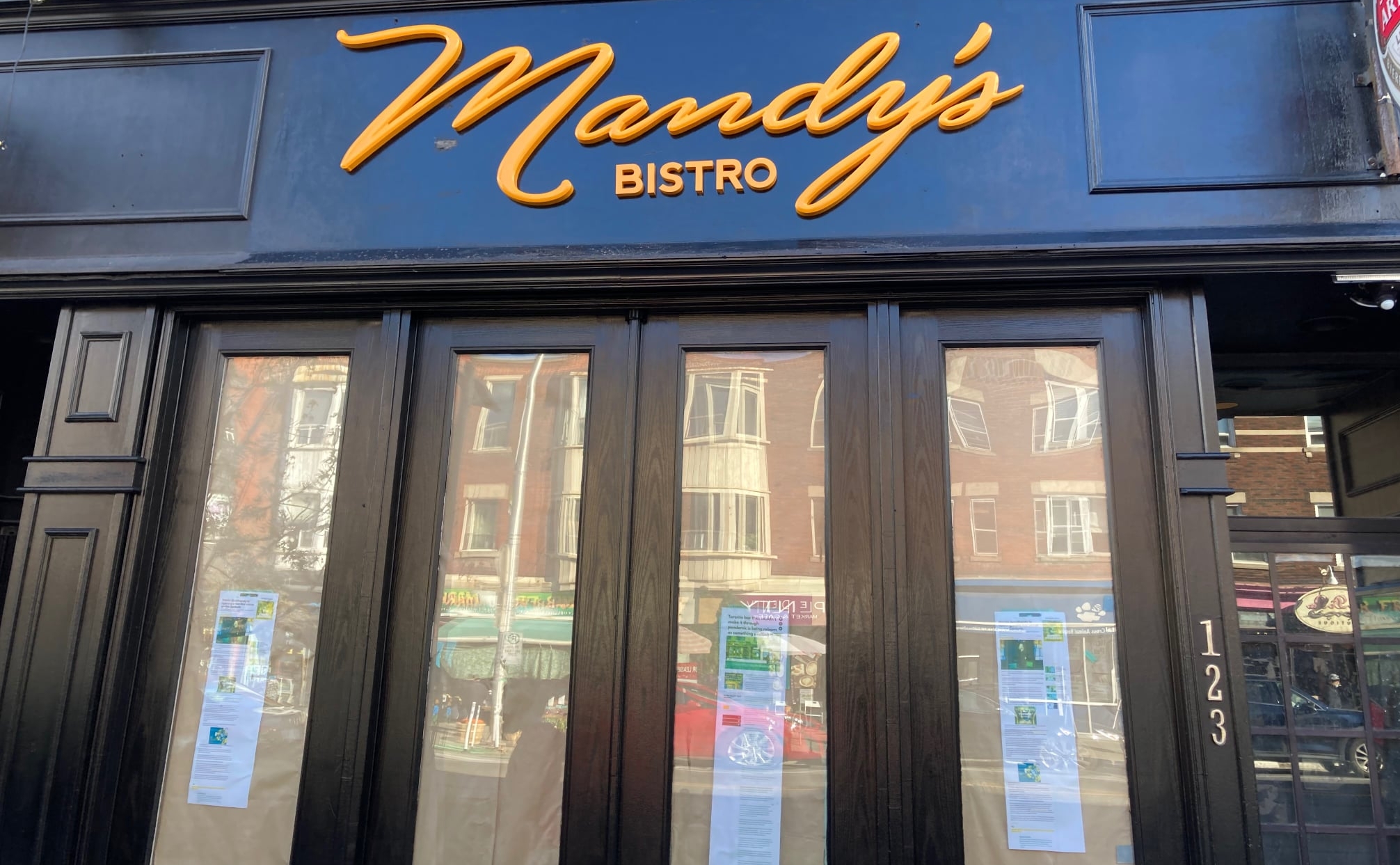 When indoor dining opens again, Mandy expects that, as before, the government will give restaurants little advance notice, putting a lot of pressure on their owners struggling to reopen.

“We’ve got to book entertainment. We’ve got to make sure the staff is available. Sometimes the staff doesn’t want to come back right away because they’re afraid,” Mandy said.

She’s booked live entertainment – music and comedy – for the Bistro in March, in the hopes that it can reopen then.

“I booked everything for February tentatively, so I don’t have to disappoint people,” she said, in case the lockdown is extended until mid-February.”

A singer and a comedian, Mandy has a deep love for live entertainment.

“We made our menu for takeout a little less expensive, and we sent out a newsletter, just trying to keep things going,” she said.

Although her business and her employees will be receiving some government financial assistance, she said it’s not all about the money.

“We have entertainment, and we had lots of nights booked, and we had to cancel. It’s very sad for the music community,” she said.

Part restaurant, part club, Free Times recently celebrated its 41st anniversary. It is one of the foremost supporters of the city’s live music scene.

Judy said the openings and closings of restaurants over the past two years have been depressing for people’s energy, and she was critical of the government’s haphazard handling of the pandemic.

“They just seem not to have a plan,” she said.

With the spread of the Omicron variant beginning in mid-December, the cafe’s older music audience had all but disappeared. She had been booking toward the younger crowd as they were willing to come out when capacity was reduced to 50 per cent in her club room.

Government assistance and catering – for Thanksgiving, Christmas, Jewish holidays and for the Friday-night Jewish Sabbath dinners – helped to keep Free Times afloat during the long lockdown that began in Ontario in March of 2020.

“My Jewish customers kept this place going, and they will keep us going with online ordering,” Judy said.

For more information about Winterfolk and to view our latest previews, visit www.winterfolk.com.