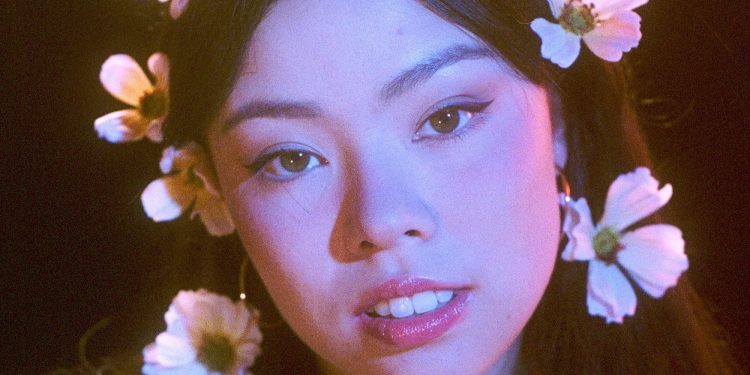 It’s been our tradition here at Roots Music Canada for Corby and I and any other writer who so desired to each write up a best-of-the-year list featuring our favourite new things from the previous year, whether they were songs, albums, shows videos or a combination of all of the above. I already shared my top 10 albums as part of the Penguin Eggs Critics’ Poll yesterday – you can find the individual lists HERE – so I thought this year I’d do a top 10 songs list in this space.  This year really has been more about songs for me than albums. Some of the ones that made the biggest impression on my didn’t even have albums to go with them. So here, without further ado, are my 10 favourite songs of 2021.  If you scroll to the end, you’ll find a Spotify playlist of them.

Much of the love directed at Allison Russell’s triumphant solo debut has rightly focused on the single “Nightflyer,” which might be described as the album’s thesis statement, a soulful, spiritual testimony about rising, unbroken, from a history of trauma.  But “The Runner” is a special song for those of us who were part of the folk milieu in Vancouver in the mid to late 90s. It describes young Allison, having just fled a childhood filled with abuse, finding “her deliverance” in the joyful atmosphere of the South Hill Candy Shop, a beloved intimate venue that we all frequented and that was lost to fire in 1999.  For those of us who were fans or industry professionals on the west coast in that era, Allison quickly made an impression as a transcendent performer and a kind and gracious soul who seemed poised and wise beyond her years.  In this song, we get to see a reflection of our “scene” through Allison’s eyes, as the birthplace of her journey to healing and empowerment. It’s a celebratory song that references our dearly departed South Hill and resonates with the joy that we all found inside it.

Semiah Smith is still in her early 20s, which, by my calculations, is way too young to be singing songs about unconditional love that carries on beyond the grave. And yet, here she is doing it convincingly and breathtakingly on her very first single. Blame it on astonishing talent and possibly good genes and excellent parenting. Semiah is the daughter of award-winning dancer and choreographer Santee Smith, the founder of Kaha:wi Dance Theatre and the current chancellor of McMaster University.  Semiah herself is also a dancer who has performed in her mother’s shows. She appears to have ambitions beyond the art world though. Semiah has also been studying health sciences at McMaster and, last I heard, was hoping to become a doctor.

3. Matt Epp and Isaac Murdoch – “Everything We Need”

The new album from Juno-winning singer-songwriter Matt Epp and Anishinaabe artist Isaac Murdoch is pure goodness from beginning to end, but this song about community and conservation is the stand-out track. If features gorgeous harmony vocals from Nora Kotkas and stirring cedar flute from Walter Macdonald White Bear and sets an inspiring tone for the challenges that lay ahead. As we face up to the reality that we need to change our values and consume far less if we’re going to save the planet – while also reckoning with our need to face up to our history and build a new partnership with First Nations – this song is a gentle reminder of what really matters in life.

This new single from internationally lauded Kaia manages to be extremely subtle and extremely powerful at the same time.  Gone are the raw, banjo-centric arrangements and southern-tinged vocals of her breakthrough album, Nine Pin, replaced here with subtle horns, a sultry vocal, and a somber, impressionistic lyric about friends navigating the chaos of our modern times. Yet somehow, despite its quietness, the song reaches out and grabs me every time with its wistful refrain.

This technically isn’t a new song because Midnight Shine released it in 2018, but they rereleased it this year in response to the discovery of unmarked graves on the site of the former Kamloops Indian Residential School.  It celebrates survivors for making it through, in order to stand as symbols of resilience for future generations. The melody, the harmonies and the almost orchestral arrangement ring with triumph.

What a delightful discovery Jane was this year. A former Toronto transit busker who was discovered and helped along the path to a music career by Bob Wiseman, Jane’s calling card is that beautiful melancholic voice of hers.  It’s capacity for channeling emotion is particularly well showcased on this break-up song, where it’s paired with some lovely finger-picked guitar and lush electronic atmospheres.

Americana love songs are a dime a dozen, but this one from Kyle McKearney managed to cut through the noise by being just so darned old-fashioned in the best possible sense of the word.  It’s got a uniquely catchy melody, a clean acoustic arrangement, and a sweet-as-apple-pie lyric about a man asking a woman if she’ll love him if he can “find a place to break our bread, find a place that we can wed.”  Notwithstanding the clear indications that Annie is not exactly Laura Ingalls Wilder wholesome, I just can’t listen to this song without imagining a scene from Little House on the Prairie.

A lot of artists have tried and failed to write songs about the pandemic that really capture the feeling of this moment. But Frank Patrick got the closest with this song and video that actually seem to grow more poignant and resonant as COVID-19 drags on. His weary voice, his nod to John Prine, his images of empty concert halls, mass graves, exhausted medical professionals, elderly couples embracing through sheets of plastic, homeless people – they all work together to communicate the grief and sorrow that lies beneath all the soldiering on we’ve been doing.

Annabelle’s new record manages to be both distinctly Annabelle and fantastically Latin American-sounding at the same time, representing, as it does, a collaboration with Fernando Rosa in the homeland of Annabelle’s partner: Uruguay. It features some of the country’s finest tango and hot jazz musicians, and the album is rich in references to vintage tango, cabaret and vaudeville. This song builds and soars in similar ways to earlier songs of Annabelle’s such as “Resilience” and “End of the Road,” but this time, Annabelle’s resonant voice is backed by full, lush orchestration that carries it to a whole new level of beauty and sophistication.

Laura Niquay sings with so much power it’s as though she’s channeling the very core of her being into every note – and perhaps she is. This song, about walking in the shoes of one’s ancestors, comes with a driving beat and fantastic backing from the Red Tail Spirit Singers.