Ian Tamblyn and Yves Lambert on receiving the Order of Canada 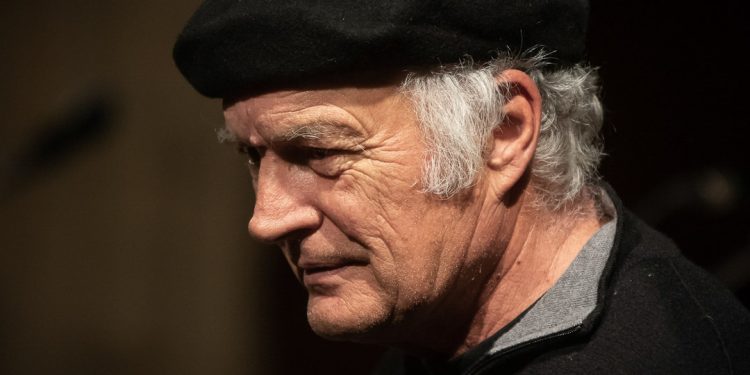 When you’re dealing with a global pandemic, a climate crisis, and an arts scene that’s suffering from the end of performing as we used to know it, a little good news is always welcome.

Two treasures of the Canadian and Quebecois folk scenes have been invested into the Order of Canada.

Singer-songwriter Ian Tamblyn earned the honour “for his enduring contributions as a folk music icon, adventurer and cultural ambassador for Canada,” to quote the official citation.

La Bottine Souriante founder Yves Lambert earned it for “his role in the revival, modernization and promotion of traditional French-Canadian music.

Ian first learned he’d been selected when he received a letter from Rideau Hall in the early fall, he said.

“I thought it had something to do with Truth and Reconciliation or something,” he said. “And then I read it and went, ‘Oh wow.’”

“Complete shock” is how he described his reaction to the news of his investiture. 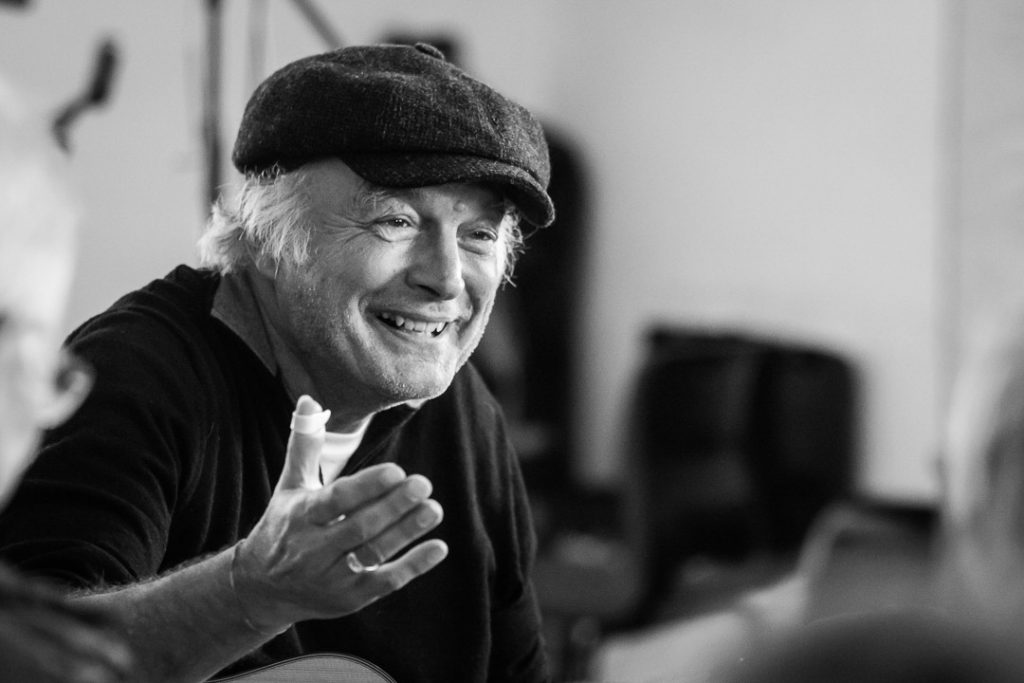 “I’ve had a few letters in my life that have altered my course of life, and this was one of them. … I went to get my booster shot, and the woman looked down at my name, and she said, “Oh, I read about you yesterday. So it has brought a certain, well, notoriety.”

Originally from Thunder Bay, ON but now based in Chelsea, QC – a small village near Ottawa that’s home to a Nordic spa, a number of rustic restaurants, more than one folksinger, and probably quite a few pairs of Birkenstocks – Ian launched his career in 1972 and has gone on to record more than 30 albums. Some of them are folk records. Others are musical impressions of the places he’s visited coupled with the sounds of those areas.

He’s also written 14 plays and composed for more than 100 theatre projects, earning a 1993 Dora nomination and a 1997 Jessie nomination in the process.

He was nominated for a 1990 Juno award for his album Magnetic North.  He’s a recipient of both the Ottawa Folk Festival’s Helen Verger Award and Folk Music Ontario’s Estelle Klein Award, both lifetime achievement awards of sorts.  He also possesses an honorary doctorate from Lakehead University, the institution for which his father was the founding president.

A fan named Lesley Strutt nominated Ian for the award, in partnership with Ian’s partner, Amanda, and a woman named Louise Schwartz who runs the Gatineau Valley Historical Society. 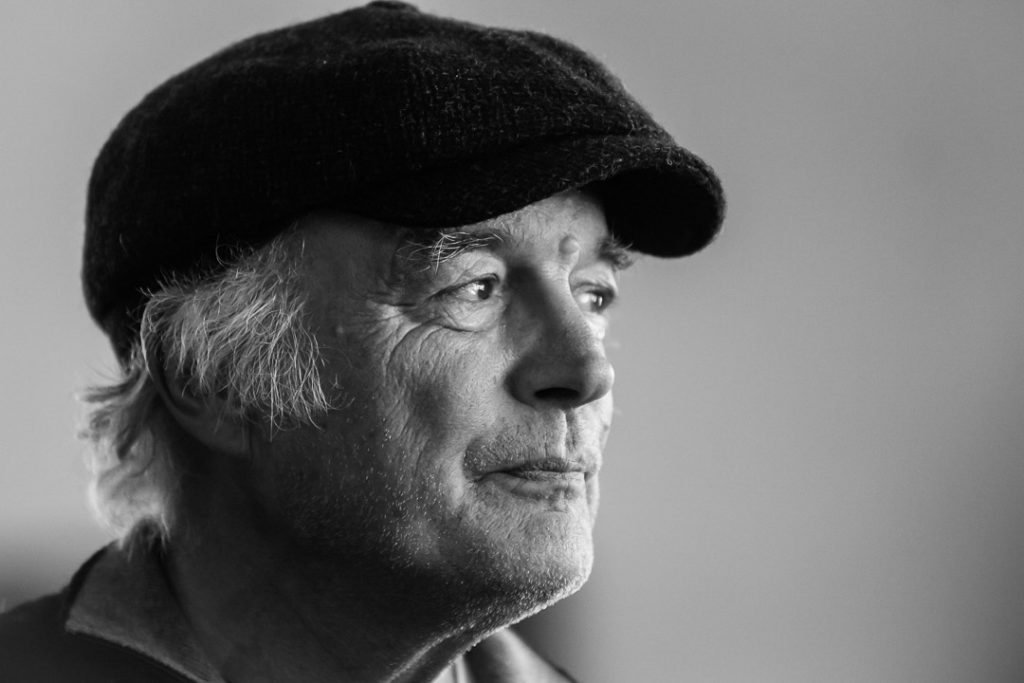 Together, they managed to keep the process a secret from him despite the arduous process involved.

Ian was originally scheduled to attend a formal investiture ceremony later this month, but both the date and format are now up in the air because of new COVID-19 restrictions.

He hopes he will have the opportunity to receive it in person, he said, even if it means he’ll have to buy a suit.

“Susan Crowe wrote to me from Nova Scotia and said, ‘Please don’t wear one of your hats,’” he said. “So this award comes with fashion advice.”

For Yves’ part, he posted on his Facebook profile on Jan. 3 that he was honoured to receive the award, and that he particularly wished to share it with his partner and former manager, Françoise Boudrias. 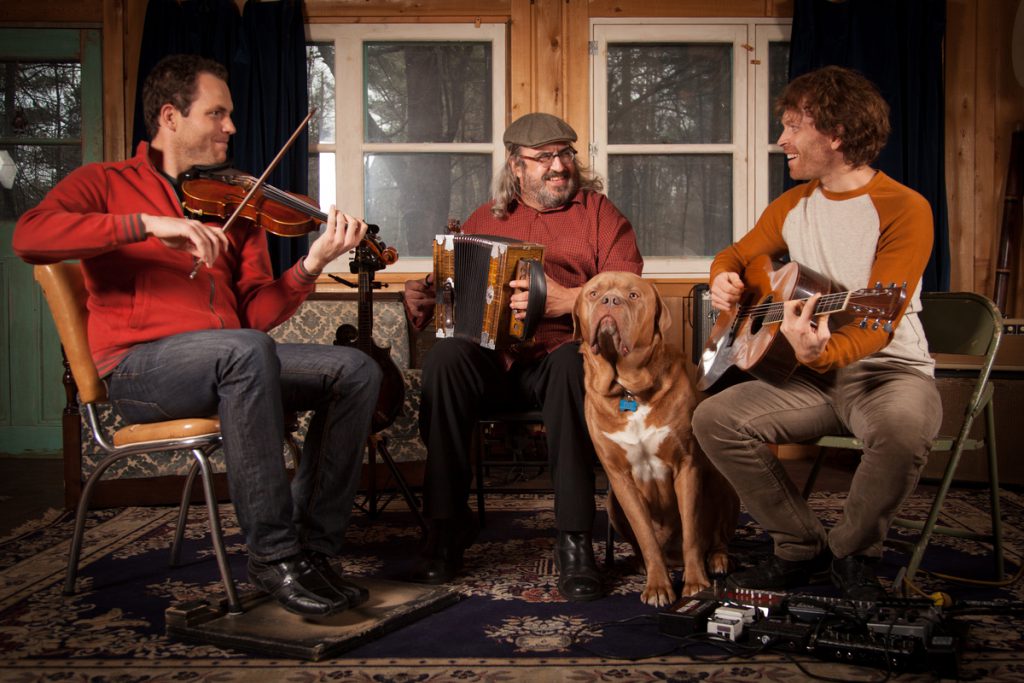 Yves Lambert (centre) and his trio.

“It is also with gratitude that I would like to thank the good work of my manager and adopted son, Philippe Contré of la Prûche Libre, and all of his business partners,” he added. “I want to share this spotlight with all my past collaborators, my musical friends through my 26 years of La Bottine Souriante, my years with the Bébert Orchestra, the Trio and all the artistic projects in which I have participated.”

Yves has been described as the patriarch of the Quebecois traditional music revival, having co-founded the defining act of the genre, La Bottine, in 1976.

He earned three Junos, eight Felix Awards and a BBC Award during his tenure with them before leaving shortly after the turn of the millennium to forge a new project: the Bébert orchestra.

That trio has so far earned two Felix Awards and a third nomination for it’s first three albums.