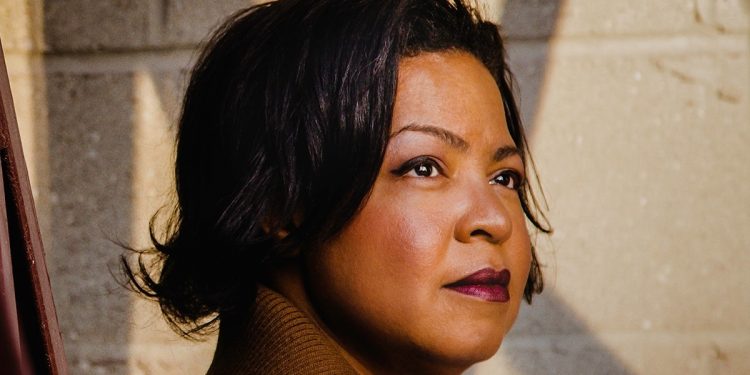 I Will Stand is the new EP from Uxbridge, ON singer-songwriter Tania Joy. The experience of putting it together with producer Hill Kourkoutis is one Tania will cherish for a long time, and one she’d like to repeat in the future.

“I met her in 2020,” Tania explained. “She was part of the Song Studio retreat for songwriters started by Blair Packham and Rik Emmett. We hit it off, and the rest is history! Once Hill had an understanding of the pallet I was after, she opened everything up and kept to the vision. She understood the songs and the emotions behind. It was like she really got me. I was able to trust her wholeheartedly. I’m not sure that I can produce another record without her involvement at this point! I’m very happy with the results.”

All that’s really left for Tania and Hill to accomplish now is to actually meet face to face!

“We are so close to [getting together],” Tania said with a laugh. “We’re both double vaccinated and poised [to meet]. Now it’s just our schedules. We’ve basically been working since late August of last year without meeting. But it was really seamless. Hill employed a lot of techniques prior to the pandemic that helped. Plus there was her intuition and connective-ness. She really understands what you’re after.”

One of the stand-out songs on I Will Stand is “Planks and Marietta,” which came out of Tania’s involvement in the Girls With Guitars program at the Hillside Festival in Guelph.

“The premise of Girls With Guitars is to challenge the imbalance of women in the music industry and try to provide a nurturing platform for women to write,” Tania said. “They really created a space for us to think about a song, or something we’ve wanted to write, that is challenging and a scary place to go. With “Planks And Marietta,” the inspiration comes out of 2020 and the death of George Floyd. But there was also a local incident in Uxbridge that I hadn’t addressed. I found it very challenging to come to terms with everything that had been coming to light and with the protests into George Floyd. Then Girls With Guitars presented this opportunity to dig a little deeper.”

Tania had written down the names of the streets involved because she thought they had a nice ring to them and then left it at that.

“I was really trying to figure out how to address this in my own life, not necessarily through song,” she said. “But when they opened the doors like that I thought, ‘Oh, that’s the song I’m supposed to write.’ Then through the techniques we used in the program I was really able to get to the heart of what I wanted to say.”

Being able to write a song like “Planks And Marietta” has been a game changer for Tania, showing her the path forward as a songwriter.

“It really opened the floodgates,” she said. “There’s no time to dance around the hard issues and personal challenges we all face and the vulnerabilities. I myself am a very open book, and I love connecting with people and I encourage [them] to be vulnerable all the time. I felt like this is where I have to go now. That was a subject I’ve avoided most of my life, so once that one was tackled I was like, ‘OK, I can say anything now!’ Look out!”

Tania’s involvement in music isn’t just confined to her career. She’s a co-founder of the Springtime Music Festival in Uxbridge.

“It was started by a few musician friends of mine and business owners,” Tania explained. “We were inspired by another event we were at. We thought, ‘Could we bring something like this to our town? We have such a breadth of talent and a great tightknit community, a lot of collaboration.’ So we put our heads together and drummed up this idea. We support local musicians, bring in some well-known artists and introduce new Canadian artists to our community. We’re a non-profit, so we’re supported by local businesses and by funding such as Heritage Canada. We’ve been able to enjoy it twice in person. The pandemic sidelined it a little bit. We were able to do some small patio shows for solos and duos but we’re hoping to come back in 2022.”

Although I Will Stand has just been released, Tania is already looking to the future.

“I’m always writing. But I’m going to take time and bring the right collection of songs together.” she said. “I really enjoyed how the songs on this EP tie into one another, and I’d like to do something like that again. I’d love to work with Hill again. Maybe get back into the studio for another single next year and see how it goes — enjoy the ride!”

For more on Tania Joy go to: taniajoy.com.