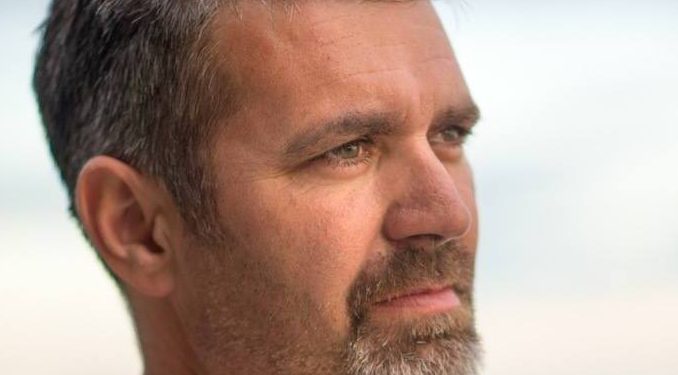 On July 31 at a beautifully renovated church venue in Gibsons, B.C. called High Beam Dreams, and as part of the Sunshine Coast’s Rogue Arts Festival, I attended my first live show since March of 2020.  Prior to this roughly 16-month hiatus, I doubt I went more than three weeks without live music. I went with no expectations as I only knew the name “Joel Fafard” and nothing at all of Kentucky Eileen, but it’s not from lack of expectations that I left the show feeling elated. Both acts reminded me of the energy of live shows, and fingers are crossed there will be more and more to come

It was also Joel Fafard’s first live show. Joel is a master of acoustic blues, and in particular, Delta blues. Always with a slide and fingerpicking style, he switches between guitar and dobro playing clever and intricate arrangements of standard blues tunes, spirituals, gospel, and folk songs. He has the perfect raspy, “sandpaper” voice needed for these styles. Almost every song was a highlight, but standouts were “John Hardy Burying Ground” and “Can’t Be Satisfied,” his encore, Springsteen’s “State Trooper,” and an amazing cover of a Bukka White song, an extremely difficult artist to cover.

Expect to see Kentucky Eileen at the next folk festival. They’d be perfect, and I’m sure that’s where they will be heading. Hailing from Kelowna, B.C., Kentucky Eileen is a quartet whose genre can best be described as American roots music. They came together from different musical paths and have that special “band magic” that lately seems to be in such short supply. All four sing, write, and play multiple instruments. Joshua Smith, Dan Tait, Sam Balson and Mitch Howanyk took turns singing lead (and talking between songs) almost always with the other three members creating four-part harmony, and switched between guitars, mandolin, fiddle, bass, harmonica, and banjo. The cover songs and originals were equally authentic. I particularly liked “Reasons to Run,” “I’ll Be Alright,” “You Should Be Loving Me Still,” and my favorite, “It Takes a Lot of Work to Get the Job Done.” Each of the writers/lead singers is slightly different but it all worked really well together as a set. I didn’t catch the individual names of the players (I don’t recall anyone getting a proper introduction) but the fiddle player took some great solos.  Again, I’m not sure of who it is, but the bass player has a spectacular high falsetto, though I think he can back off just a tad on the southern twang. The band does seem to be enamored with the American south, (KENTUCKY Eileen) which is fine, but unless they find an American to add to the group (as in The Band’s Levon Helm), I prefer to think of them as Kelowna Eileen.

How Tania Joy bonded with the producer ...