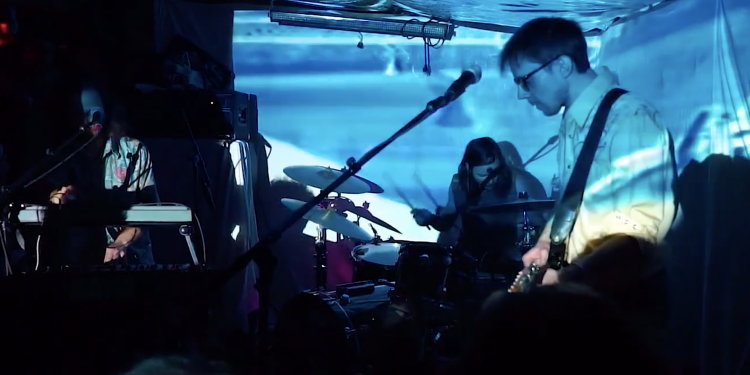 “This was gonna be our year!” Nic Waterman of Toronto-based band Vypers laughs. “I’m sure you’ve heard that a lot.”

That just might sum up No Tickets at the Door, a new film documenting the year that never was in Toronto’s underground live music scene.

The film is one of four documentaries screening at this year’s Canadian Music Week Virtual Conference in collaboration with Hot Docs, which runs from May 18 to 21. This films screen until July 6.

Directed by Toronto videographer Danny Alexander, the doc presents a variety of voices — from musicians to filmmakers, venue owners to city councillors — detailing challenges facing the city’s art scene both during and prior to the COVID-19 pandemic.

Danny skillfully weaves these diverse perspectives into a cohesive and compelling whole, a broader story of loss and opportunity.

The loss is clear. For artists, it’s been a year without creative contact and community, for venues, a year without audiences, for all, a year of sorry substitutes: honks in the place of handclaps, cameras instead of crowds.

The film faithfully presents a range of reactions to these changes. For every story praising the potential of livestreaming, opening doors to far-off audiences, there is another disdainfully explaining how it just isn’t the same.

As an act of protest against livestreamed shows, one group — Martian Crisis Unit — is pictured performing John Cage’s infamous “4’33” virtually, almost five minutes of a digital silence that has become all too familiar over the past 14 months. And no, they were not on mute.

A new type of music…

But in the quiet of the COVID-era, there have been a few creative sparks, allowing artists to slow down to explore new sounds.

No longer able to play the drums in his apartment, Mitch Lohmeier of Miserable Weekend took to making cassette tape loops, drawing the magnetic strip out to wrap it around random objects set in an intricate circuit.

“The more (the tape and the objects) play with each other and feedback off each other, they make a natural sound that turns into a new type of music,” Mitch said.

While the doc duly addresses the damage wrought by the pandemic, it also demonstrates the resilience of artistry, uncovering a world of DIY ingenuity underneath a global disaster.

The same can be said about the two faces of a much larger coin.

Alongside intimate snapshots of artists navigating the new normal, the film addresses longstanding macroeconomic forces already putting the squeeze on Toronto’s live music scene. Changes in the urban landscape — rising property taxes, looming condo developments and the dreaded “g-word” — had already put venues in a precarious position prior to the pandemic.

Marshalling voices from municipal government, the film suggests that the crisis has inspired long-term solutions, like the inclusion of live music venues in a specialized tax relief program (the first in Canada).

“Our response to COVID, from a music perspective, can’t simply be about saving what we used to have,” said Councillor Joe Cressy, chair of the Toronto Music Advisory Committee. “It should be about building a better music ecosystem and supporting it better going forward.”

No Tickets at the Door covers all corners of that ecosystem, both in people and in place, in spirit and in space. It captures the experience of those who have no choice but to create, apart from any promise of fame or fortune, and the spaces they need to exist.

“This is where we live our lives, are in these venues! This scene and being involved in it. Seeing new artists come about is where I want to exist,” said Brent O’Toole of Animatist. “I’m not worried about the next big thing. I’m worried about what’s happening there right now, and I don’t mind existing in these spaces for the rest of my life.”

Watch No Tickets at the Door by registering for the CMW Virtual Conference now. Access to the film lasts until July 6.

The Redhill Valleys get racy on new ...