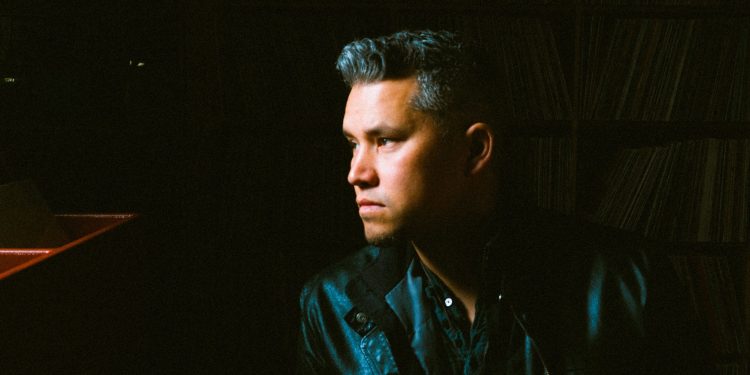 Don Amero always has a couple irons in the fire.

Hot off the release of a new EP in September and a new single in March, he’s put out countless videos during the pandemic and is currently working on a children’s book.

On top of it all, he’s a father of three, a full-time job since his home province of Manitoba moved back to online learning last week.

“We’re up to our eyeballs here,” he laughed.

(He’s not exaggerating. During our call, Don had to leave twice to deal with a wardrobe malfunction related to his daughter’s online dance class).

In spite of it all, the Winnipeg singer-songwriter has managed to balance a number of projects with the chaos of life in lockdown.

“The juggle is real,” he quipped. “I’ve been able to keep busy remotely. It’s actually been a pretty good year for me, despite the year it’s been.”

‘The juggle is real’

Much of that work has taken the form of livestreamed shows, like his spot kicking off the 2021 Tkaronto Music Festival Online tomorrow evening. The lineup features a range of Indigenous talent from across the country, including Twin Flames and Snotty Nose Rez Kids.

Like most musical artists over the past year, it took Don a while to adjust to the new nature of the gig. He was lucky enough to finish recording the EP — entitled The Next Chapter — before the shutdown in March, but the songs took on new meaning upon its release six months later.

“It wouldn’t be home if it wasn’t the place you couldn’t wait to leave,” Don sings in the lead single “Wouldn’t Be Home.”

For those cooped up inside for the better part of 14 months, those words couldn’t be any truer. But the tune also works on a broader level, capturing the complicated relationship between dreamers and their hometowns.

It’s there that he dropped out of high school to work as a waiter, a dance instructor, a tuxedo fitter and a hardwood floorer, before finding his voice by happenstance in 2006.

Driving through downtown Winnipeg, he heard they were holding Canadian Idol auditions at a mall two blocks away. He decided to drop in to give it a shot.

Starting out in music

They gave him the golden ticket to Toronto, where he passed all the auditions before being cut in the final round.

“Oh man, I was devastated,” Don said. “But it gave me this little sense that I’ve got something worth pursuing here.”

He quit the odd jobs and set his sights on a music career. But that’s not to say the path was certain.

“The very first tour I did was 30 cities across the country, from Halifax to Vancouver, and I made negative, zero dollars.” he said. “And I came home going ‘I want to do more of this!’”

Don credits his wife, Pam, with picking up the slack while he found his legs.

“My wife worked two jobs when I first began, providing for my music habit,” he laughed. “And now, for the last five years, she’s been a stay-at-home mom taking care of our kids, and music’s providing for us. It’s pretty beautiful.”

Those early days are a far cry from where Don is now, having garnered a number of accolades over his 15-year career, including a Canadian Folk Music Award and multiple Native American Music Awards.

His 2012 record, Heart on my Sleeve, earned him a nomination for Aboriginal Album of the Year at the Junos.

“It’s really funny when you look at the history of ‘cowboys and Indians’ and the fact that they were two distinct sides,” he said. “When you look at country music, its cowboy music, according to the original story. However, country music is loved by all, especially in Indigenous communities.”

While steps like these are signs of progress, of Canada opening its eyes to the breadth of Indigenous talent out there, Don said there is more work to be done.

“There are a lot of artists in the Indigenous community that feel that there’s almost no support, so I feel like we’re still a long way away from where we’d like to be,” he said, “Its unfortunately one of those things that move at a snail’s pace sometimes.”

Don sees showcases like this weekend’s Tkaronto Festival as a way to bring these issues to the fore, not only fostering a thriving Indigenous music community, but bridging the gap to new audiences and sources of support.

“I think that’s where real reconciliation begins to happen.”

The Tkaronto Music Festival kicks off tomorrow night at 6 p.m. ET, running until May 23. You can catch Don’s performance by visiting the festival’s website.

No Tickets At The Door explores the ...