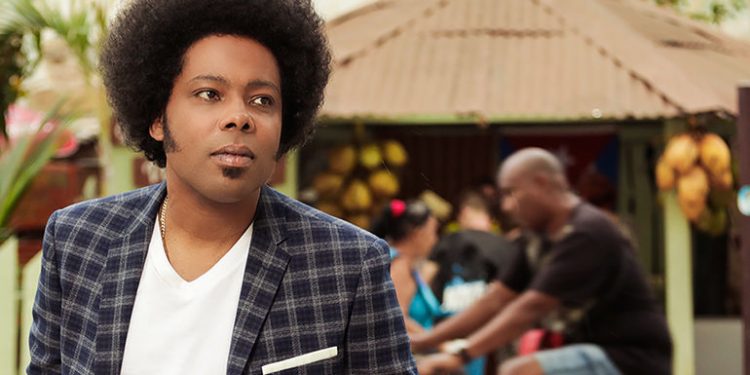 Award winning Cuban-Canadian singer-songwriter Alex Cuba is set to release a new album, Mendó, on May 21.

“Go big or go home” might be the driving philosophy behind this record, as the decorated Cuban-Canadian musician collaborates with some of Latin music’s biggest stars, but Mendo demonstrates that big can be achieved at home. The record, featuring artists from around the world, was written and recorded from Alex’s house in Smithers, BC.

“When I began to imagine this album, I knew I didn’t want it to be small in any way. Neither did I want it to be known forever as the album that was born out of the pandemic,” Alex said in a statement. “I was convinced that it definitely was the moment to aim at creating something very special, unique and vibrant, fueled by the very deep emotions that this time has brought out of all of us.”

This global experience is reflected in the music, as Alex draws on sounds from Northern British Columbia, Spain, Peru, Puerto Rico and beyond. The record presents similar diversity in genre, from flamenco, tropical cumbia to jazz, demonstrating Alex’s deep musical knowledge and artistic versatility — especially considering he plays every instrument on the album.

Preceded by two singles released in the Latin American market, the first Canadian single off of the record, “Hablando x Hablar,” is a funky meditation on what society thinks to be true. In collaboration with Cimafunk — an artist dubbed the “Cubano James Brown”— the tune makes incredible use of a single upright bass, held up by layers of handclaps and vocals. The song “creates an illusion that the listener is listening to a song that belongs to every era of American music,” Alex said.

Mendo offers a medley of international collaborations, from the healing vocals ofGrammy-Award-winning Lila Downs on “Mundo Nuevo,” to the colourful contributions of world-renowned flamenco artist Antonio Carmona and a 13-piece horn band from Alex’s native country of Cuba. Even the album art was an international effort, created by an artist in Trinidad and Tobago, whose “unique interpretation of the African diaspora” caught Alex’s eye on the cover of a book.

The album’s lead track, “I Think of You,” begins with Alex’s signature bass, building to a commanding chorus featuring Cuba’s Su Joven Jazz Band. The love song is Alex’s first English release in over five years.

Mendo — which means “substance of the soul” — is a diverse and imaginative work from a musician whose creativity knows no bounds. Even when the world is locked down, Alex is able to draw on the sounds of the world, the substance of his soul.