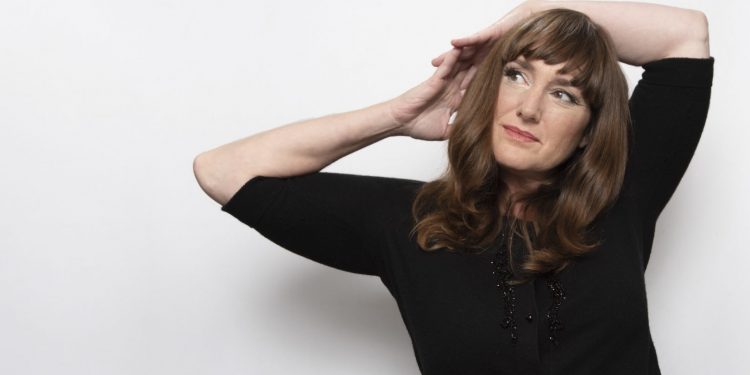 Alongside the announcement of a new album under a new name, Suzie Ungerleider released a music video for the lead single, “Baby Blues” on April 22. The video — a stop motion animation crafted by fellow folk-pop singer-songwriter Christine Fellows — evokes the single’s dreamlike feel.

It was a painstaking process, according to Christine, heavily informed by Suzie’s sound.

“Before I made the video, I listened to ‘Baby Blues’ over and over and over again until it played on a loop in my head all day. I dreamed the song, sat at my work table, flipping through pages and pages of images with my X-Acto knife as I listened,” Christine said in a statement attached to the video. “The first image that revealed itself to me was the starry sky and the landscape, and everything else followed from there.”

The result is a beautiful collage of Suzie’s lyrical landscapes, featuring a vintage baby blue wagon cutting through the frame. For Christine, the method highlights some of the tune’s musical messages, offering “a unique way of connecting with the song’s underlying elements of rhythm, lyrics, and dynamics, taking the song apart and putting it back together from a visual perspective. It gives us an opportunity for a deep listen. It’s also really fun. I’m so grateful for the opportunity to spend time with ‘Baby Blues.’ It’s a perfect song. I hope you love it as much as I do.”

The wistful waltz addresses how pieces of the past often bleed into the present, continually shaping us. That’s not to say we need to be haunted by memory, though.

“Like ghosts, sometimes you just need to just sit with them, feel their power, and, because they feel seen, they release their hold on you for a little while,” Suzie said in a statement.

Breaking from the past is a theme that extends beyond the song itself, which presents a single page in a new chapter in Suzie’s illustrious career. For her tenth studio album, entitled My Name is Suzie Ungerleider, the Juno-nominated singer-songwriter decided to put her longtime moniker, Oh Susanna, behind her.

The record, which comes out on Aug. 13, promises a look behind the mask of the celebrated songster, reflecting Suzie’s new sense of self.

“Believe me, I have loved being Oh Susanna; she is exciting, dark, funny, charming,” Suzie wrote in her online bio. “But I am now recognizing that was actually me all along, that it was Suzie Ungerleider who was all those magical things; I just didn’t let myself see it that way.”

Now, we look forward to what Suzie Ungerleider has to say.

“So here I am, leaving behind the trappings of a persona that gave me the courage to climb up onstage and reveal what is in my heart,” she reflected. “It once protected me, but I need to take it off so I can be all of who I am.”