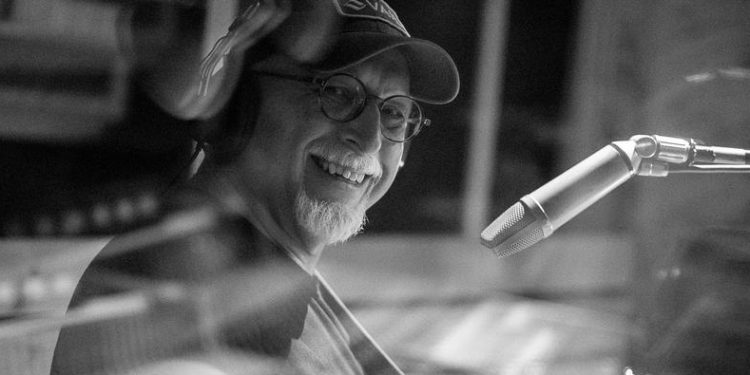 The soundscapes evoke a sense of openness, a nod to the Yukon tundra where Glenn now resides. But the sound is far from empty, filled with musical conversations between mandolins and harmonicas, violins and guitars, and held down by a driving rhythm section. A phenomenal finger-picker, Glenn achieves similar depth on his own, aptly handling both clefs in instrumentals like “Tagish Morning,” a delicate solo waltz.

The record has plenty to offer, but here are a few highlights.

“Float on the Water”

A bluesy groove serves as Glenn’s pulpit in this tune as he unpacks a Biblical struggle between fear and faith. “You gotta let go / of what you think you see,” he sings. “You gotta open your heart / and jump in and believe.” When not riffing over the murky rhythms, background-singer Rebecca Law’s vocals blend perfectly with Glenn’s — fitting for a tune that strikes a balance between feel and philosophy.

Glenn’s lonely opening chords plant the seed of a blooming chorus in “One Land,” a love letter to the natural world. While his lyrics — referencing the Yukon River, chinook winds, and the midnight sun — paint a vivid picture of Canada’s north, the language is universal, an apt description of “the country we all adore.”

Glenn is aware of the fact that part of nature’s beauty is derived from its indifference, expressed by a cruel, stinging wind across a naked face. Through echoey verses and a gritty slide guitar — along with a percussive snap to simulate that whipping wind — Glenn evokes the cold darkness of Whitehorse winters in this track.

The album’s title track — dedicated to the Whitehorse coffeehouse where Glenn met his wife — features a thumping groove, as percussionist Lonnie Powell and bassist Don Benedictson drive the listener to a crashing chorus. It’s a crescendo worthy of the record’s title, as Glenn sings “I’ll share a coffee with you, baby / at the Baked Café.”

Glenn Chatten’s career spans more than 30 years. He is an acclaimed performer and recording artist, winning Instrumental Soloist of the year at the 2017 Canadian Folk Music Awards for his sixth album, Dragonfly.

Baked Café — Glenn’s seventh studio album —is available on all major platforms on May 7.