Chris Ronald’s ‘City Girl’ offers a light in the dark 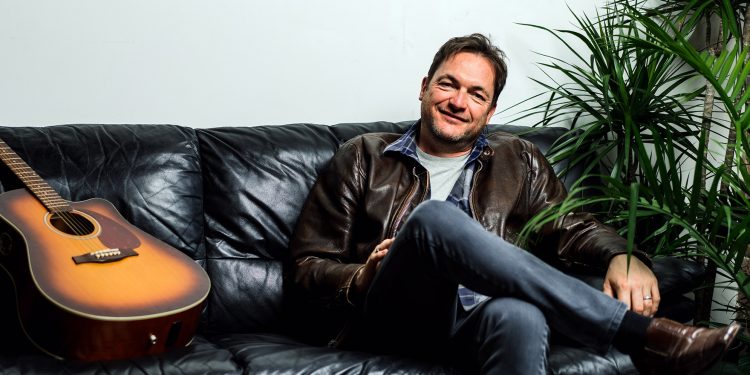 “How about stepping off this bus / while the world still holds beautiful things?” Chris Ronald sings in his new release, “City Girl.” Its the first taste of the Vancouver-based artist’s upcoming album, Light & Dark, which comes out on May 26. The title seems especially fitting in a time that seems so dire, when the world’s beautiful things seem few and far between. Chris implores us to slow down and take stock, in spite of the onward march of the song’s steady train beat.

Rife with poignant lyrics and buttery blends of folk and rock, the 11-track LP has a slightly more rootsy feel than previous records. Its a sound Chris and his long-time collaborator, John MacArthur Ellis, set their sonic sights years ago on a trip to the American south.

“After showcasing at Americanafest in Nashville in 2018 — and really soaking up the vibe of the Americana music scene down there — John and I knew which direction to take this next album,” Chris said. “Where my most recent album, Fragments, was more on the folk-side of Americana, Light & Dark has more of a contemporary roots sound.”

While rewrites of old demos pepper the track list, there are a few COVID compositions. Chris wrote “Old Lover” with his brother shortly after the first lockdown, and the pandemic features heavily in other songs on levels both professional and personal. He writes about public health restrictions on recording and the untimely passing of his father.

“Songs like ‘Please Don’t Come For Me Now’ and ‘Bones’ took on a particularly new poignancy for me,” Chris said, adding that the record’s title reflects its structure and motif. “The album’s track sequence intentionally alternates between dark and light moods and themes,” he said. “There’s a bit of an emotional rollercoaster ride.”

While Ronald, Ellis, and Chris Nordquist handle most songs, Vancouver-based singer-songwriter Natalie Ramsay (otherwise known as Daughter of the Moon) lends her voice to four, including “Pacific Time.”

The collaboration didn’t end there. For “Still Turning” — an environmental call to action — Chris enlisted voices from his own household.

“To add a youthful touch, I had my children, who were 12 and 14 at the time of recording, join in for the final rousing chorus,” he said.

This is Chris’ fifth album, following Pacific Time (2004), Turning Tides (2011), Timeline (2014), and Fragments (2017). Nominated for Songwriter of the Year at the 2014 Canadian Folk Music Awards, he tours internationally, including annual showcases at the Americana and Folk Alliance music conferences.

Two samplers from Light & Dark — “City Girl” and “I Won’t Change” — are available now on Spotify and Apple Music. The record is available for streaming and digital download on May 26, while physical copies are available on May 28.