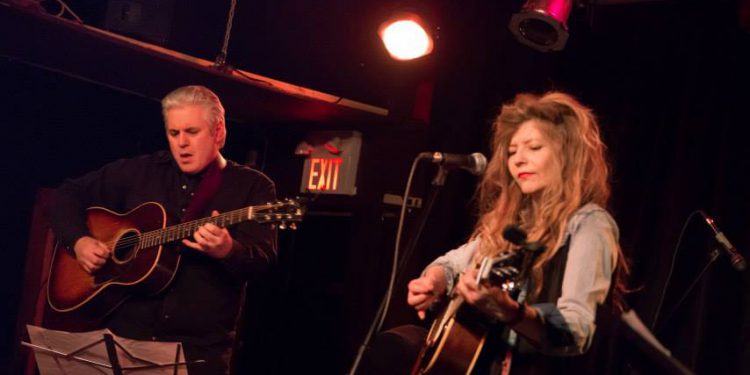 Toronto band Isabel & The Uncommons is keeping the music alive with a new single called “Each Day a Little Less” and an accompanying lyric video. Lead singer-songwriter Isabel Fryszberg continues her love affair with a good heartbreak song, but this time, while collaborating with musician/producer Mitch Girio(Emma Lee, Jose Contreras), she’s straying from her signature romantic heartbreak to the love and despair over her ever-changing neighbourhood in the midst of the COVID-19 pandemic.

“Each Day a Little Less” is the first single from a collection of compositions soon-to-be-released and will drop on Friday, Sept. 18 with an online viewing of the video starting at 4:00 p.m., followed by a half-hour performance. The performance will include ace guitarist Steve Briggs and dynamo vocalist Rebecca Campbell.

It all began with Isabel noting the incremental losses in her neighbourhood, The Annex, such as Book City, which closed down, together with other small artisan stores, grocery stores, restaurants, and record shops. Each day, the familiar – but rapidly changing landscape – was being replaced with a glut of high-rise condos, unaffordable housing and an army of cranes and construction.

“Each Day a Little Less” is a contemporary protest song coming from a folk tradition with an Americana-driven approach. While walking along in her hood, the melody and chorus came to Isabel. Then synchronicity led her to a meeting with the very talented Mitch Girio at an auto shop while waiting to get her winter tires changed. The two quickly struck up a musical relationship, and their collaboration included Mitch producing and performing on the track.

The hybrid documentary video for the song was shot by Isabel and cameraman Peter Cresswell over a period of six months. It completely captures the grim reality of current city-dwelling during these times – and even before the pandemic – but also showcases the beauty of Isabel’s beloved Toronto in a way that hasn’t really been expressed before. Produced by Isabel and edited by Isabel, Mitch and Peter, it was officially selected for the Toronto Lift Off Festival online last month under the category of Innovator Shorts.