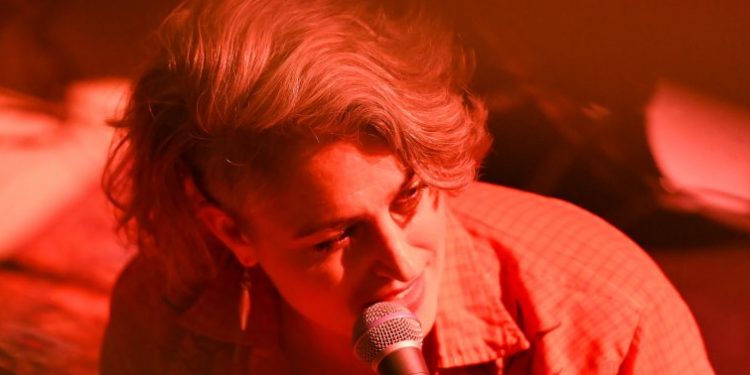 Vancouver-based singer-songwriter Monica Lee has relied on her powerful voice, sense of humour and poetic chops to warm hearts as well as to share her pain. That’s never been more evident than on her latest album, Farewell, containing 10 tracks that chronicle a tumultuous past decade in her life. It’s set for a digital release on July 24, but we’re excited to premiere the lyric video for the first single, “Only One,” which is available to purchase and stream starting today.

With sonic qualities that recall vintage country, a la Patsy Cline, “Only One” was inspired by Monica’s initiative to propose to the man she would marry. Monica explains, “We were at the airport coming home from a trip, and as we entered international arrivals, we could see a man doing the ‘she’s here’ happy dance as one of our fellow passengers ran towards him. They embraced, and it was soooo romantic. So I sort of used that to set the stage of the proposal in the third verse. He said yes, thankfully! We were together for 13 years and had two kids. These days we are happily co-parenting and have remained friends through the separation, living as a two-house family, doing holidays and birthdays together. Our love has shifted as we’ve grown and changed.”

Such real life ups and downs, from finding a soul mate to starting a family to losing loved ones, form the basis of the songs on Farewell, which ultimately celebrate our ability to survive. Musically, it’s reflected in Farewell’s seamless blend of country, blues and jazz, co-produced by Jesse Waldman at Vancouver’s Redlight Sound. It marks the end of a long creative journey that included Monica needing to adapt to using hearing aids, one of several life-changing moments that led to her developing an entirely new musical identity.

The late John Mann of Spirit of the West once compared Monica Lee to Joni Mitchell, and it’s easy to agree after hearing her ability to balance confessional subject matter with vivid observations of everyday life. Farewell is a statement both beautiful and soul stirring, a testament to following one’s muse and to Monica’s undeniable, natural talent. For more information, go to monicaleemusic.com.