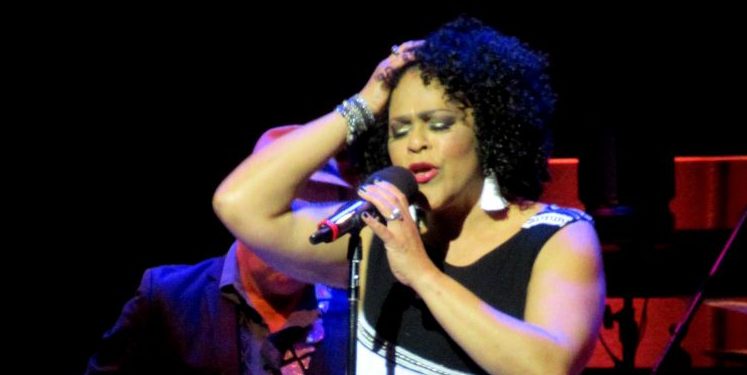 The blues came out to play again on Monday night at Toronto’s Koerner Hall for the yearly Maple Blues Awards gala. The burgeoning young Canadian blues talent pool was represented strongly by refreshing newcomers to the proceedings: Miss Emily, who walked away with several awards (including the new Sapphire Video prize) and some shiny mascara trails, a quartet of fledgling horn talents from the Regent Park School of Music, and new-generation blues turbines Matchedash Parish, whose finale inspired the already crunk house to a joyful summit of soulfulness. 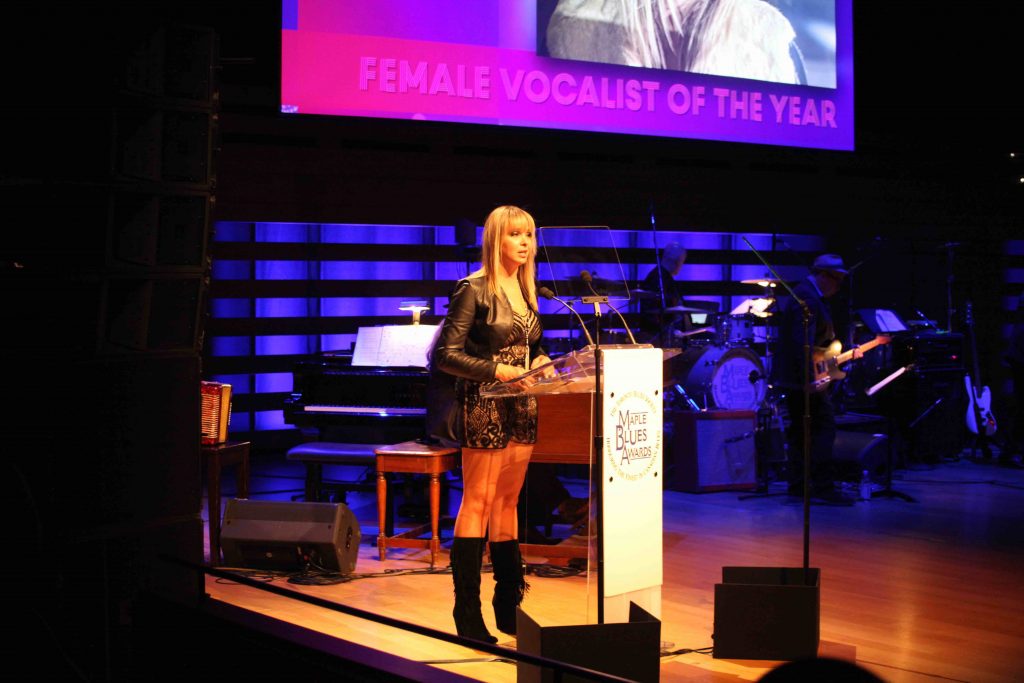 Perennial performers were of course evident in abundance, coming out from under their fedoras, foregoing their denims, and sporting sparkle, tweed and vintage heels for the occasion, bringing an element of peril to foot traffic on the inclined aisles of the hall. Vivacious first-time hostess Raha Javanfar made a point of chameleoning through a pageant of suits and leathers, and the impeccable Harpdog Brown sported pinstripes with a white tie, rust socks and shirt and two-tone shoes. The night was definitely dialed to high snazz. 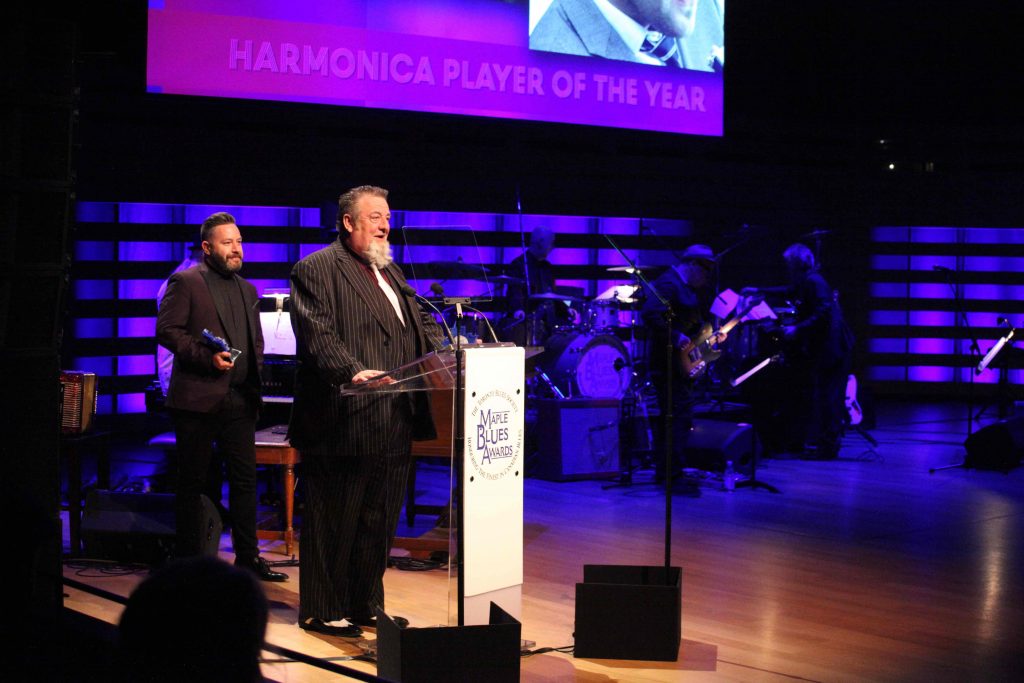 Performance levels were again boosted by the support of Gary Kendall’s Maple Blues Band, recruited from Toronto’s blues and jazz elite, and featuring two members of Entertainer of the Year honourees the Downchild Blues Band. Mister Downchild himself, Donny Walsh, was present to accept his recognition only as a pre-taped video projection, as were several of the other award winners including Colin James (Electric Act of the Year) and Kenny Blues Boss Wayne (Piano / Keyboardist of the Year). Matt Andersen’s two acceptance speeches were videotaped on a balcony in Jamaica, although he was boisterously represented in the hall by a fan who bellowed out a “Yeeeaah!” every time his name was mentioned throughout the evening. 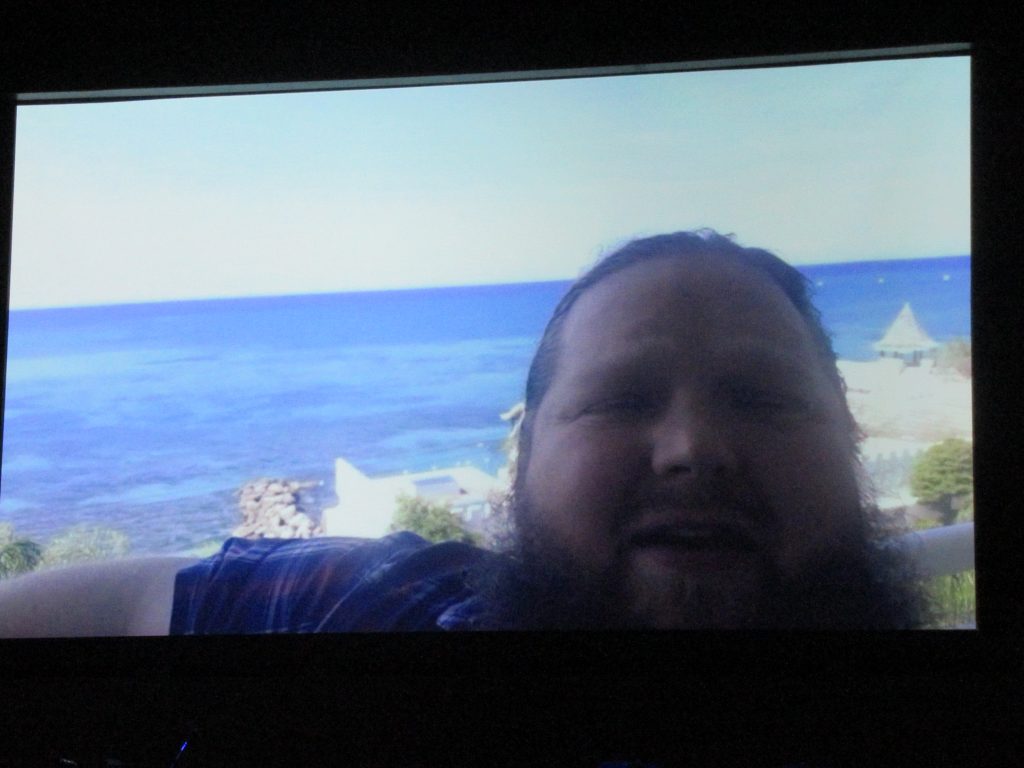 Our MC, Raha J., aka the Bad Luck Woman, kept a light conviviality floating all night long, even while sharing conscious thoughts on the continuing social progress that will be necessary to further develop inclusivity of gender, race and generational variables in the Canadian blues nation. She then demonstrated her point by sharing the stage with the young artists from Regent Park on a powerful and finely fiddle-fraught performance of the title track from her latest Cruel Thing album, which also manifested a first runner-up nod for her and her band, The Misfortunes, in the Cobalt Prize for Contemporary Blues Composition, which was won by Rich Junco’s Cope. 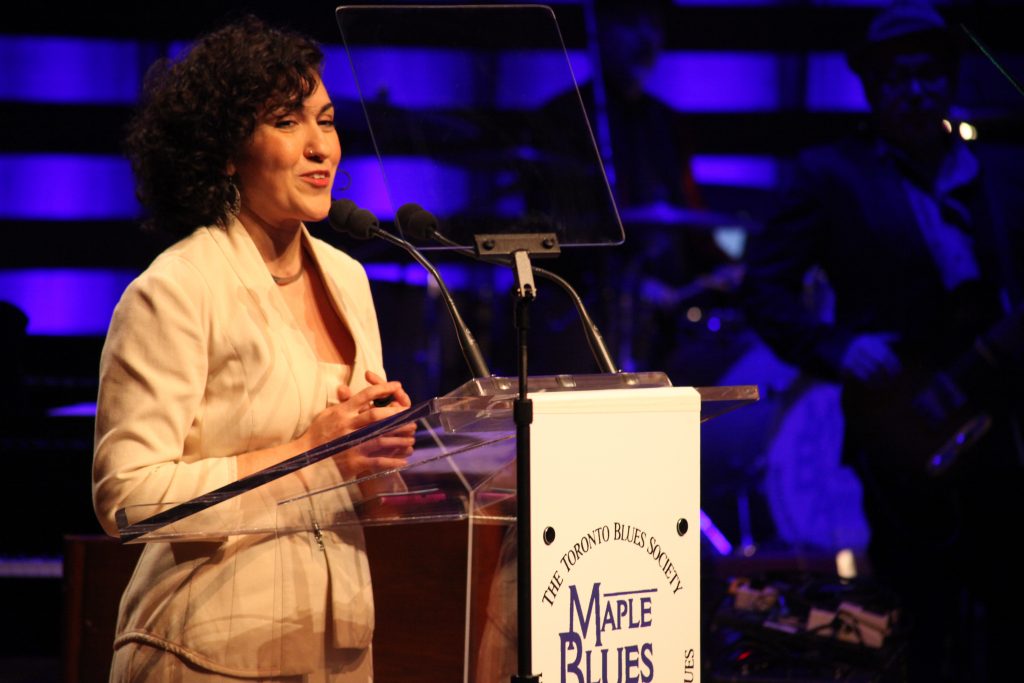 Montréalers were prominent winners in the major categories, with powerhouse Dawn Tyler Watson taking top songwriting honours for Mad Love, an album which, she confided, “came out of a lot of pain,” and also sharing the Producer of the Year award with her hiphop/jazz saxman Francois Tiffault. Her long-time compatriot Paul Deslauriers was presented with Guitarist of the Year, and the bassist from his trio, Alec McElcheran, took Bassist of the Year, consolidating a Quebecois coup in the string categories. Acoustic guitar master Michael Jerome Browne humbly received the Blues with a Feeling lifetime achievement award for his deeply adept and respectful curation of old-time blues, as well as his ongoing contributions to the future with his many original compositions. He capped the moment with a graceful and show-stopping performance of “Pharaoh” from his 2019 Juno-nominated That’s Where It’s At record. The song was redolent with shades of melancholy and the tang of slavery that historically permeates the roots of the blues. 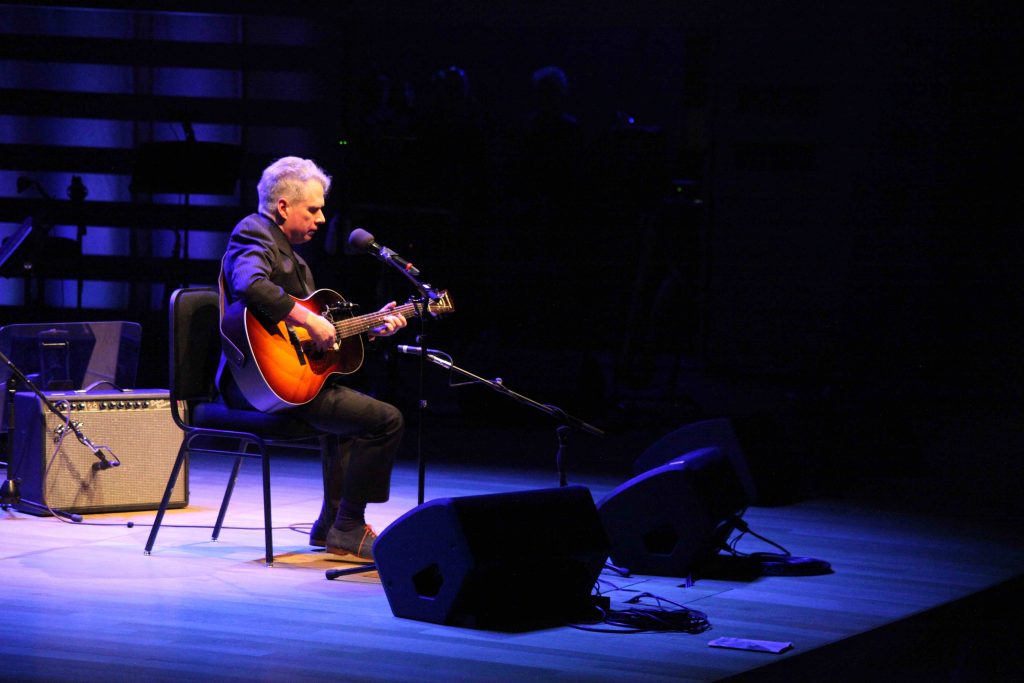 A native Montréalais who has bolstered the Toronto blues community with his writing, editing, performance and empathy skills over the past 30 years, Brian Blain accepted the Blues Booster of the Year honour with a quiet homage to the “bluesicians” whom he has admired and with whom he has collaborated over the decades, and an admonishment to all practising artists of “Da Bloose” to maintain their dedication and stamina in spite of the obstacles that still persist for them over the other 364 days of the year.

In a touching coincidence, Harpdog Brown and one-time protege Steve Marriner shared the Harmonica Player of the Year award, and a big bearhug at the podium, each giving testimony to the other’s prowess and inspiration. 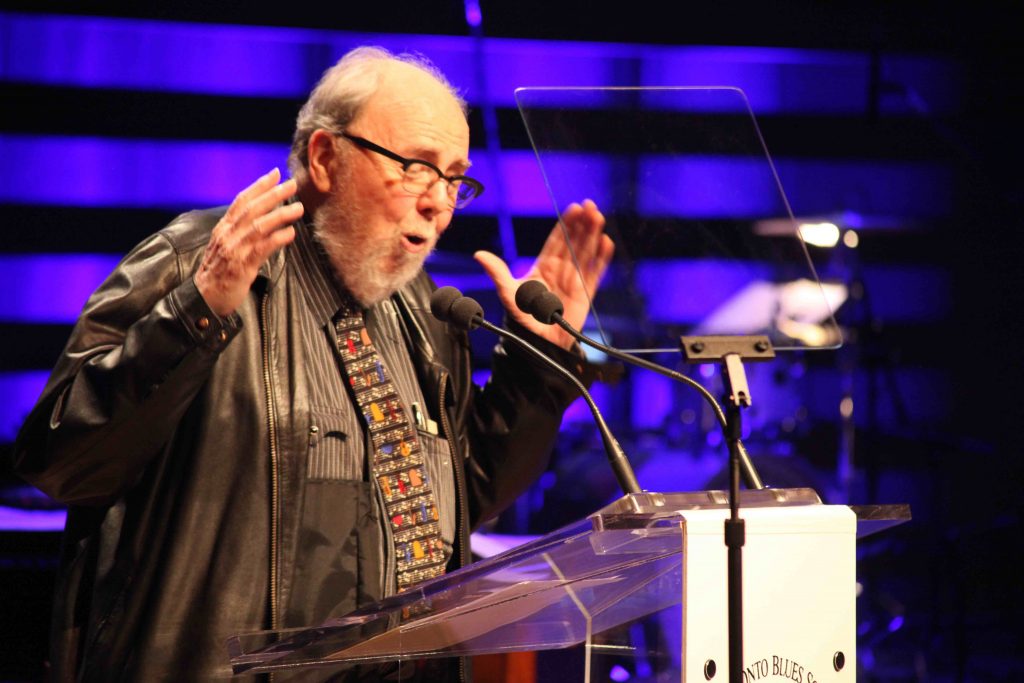 As the TBS continues to enjoy presenting this event in Koerner Hall, arguably the most prestigious venue in the city, and with the advent of an international audience tuning in as a live streaming feed was inaugurated this year, is it maybe not time to assess the persistent drawbacks that shortchange the potential excellence and effervescence of what has become a highly successful and jubilant occasion: a chronically muddy snare mix, a complete absence of staging, and amateurish screen graphics? And incidentally, could someone not have helped Michael Jerome Browne with his amp? And would a singing hologram of Lonnie Johnson be out of the question?

So many hyper-expressive and involving performances over the course of the evening of original songs by Dawn Tyler Watson, Big Dave MacLean and Miss Emily – not to mention Matchedash Parish’s high-water finale – highlighted the fertility of compositional innovation and the vivid showmanship that validate the rising prestige and the nascent sugaring-time of our talented Maple Blues ambassadors internationally.

Looking forward and upward now, and on to the next sweet Blue Decade. 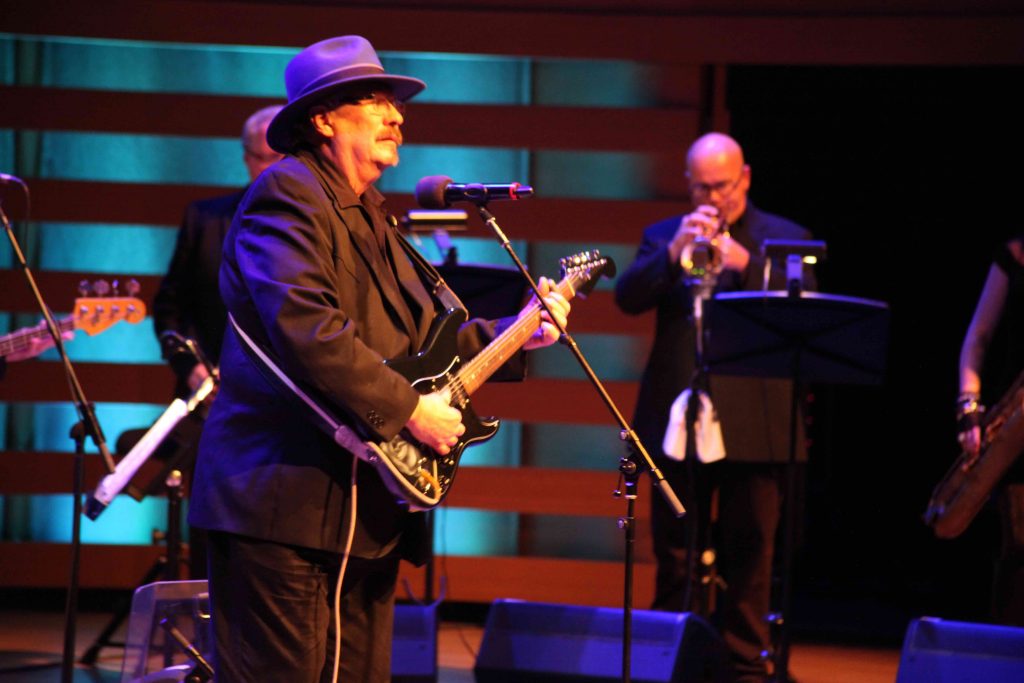