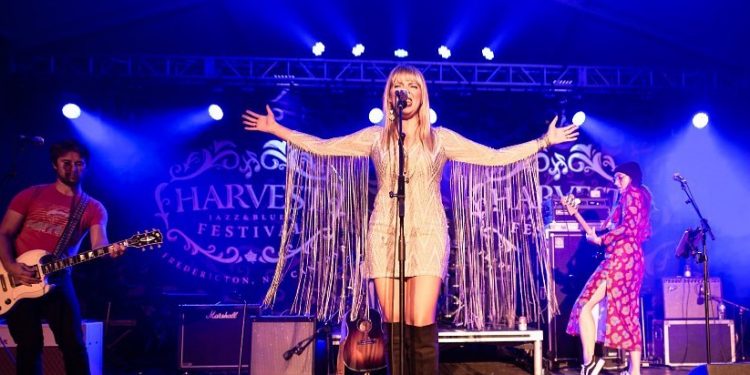 The 2020 Maple Blues Awards are just wrapping up at Koerner Hall in Toronto, and, for the first time ever, on computer screens everywhere, thanks to live streaming of the event (thanks, guys!).  Miss Emily was this year’s big winner and endeared herself to the audience with her tearful and heartfelt acceptance speeches.  Dawn Tyler Watson, who made a heartfelt speech of her own, tied with Matt Andersen for second place in the award-count, winning two.  Matt is currently in Jamaica and sent in video-taped acceptance speeches from a sun-drenched balcony some place.  Thanks, Matt. We’re all a little jealous now. Paul Corby will have a much more robust account of tonight’s event in a few days’ time, but for now, here is the list of winners. Congratulations everyone!

Guitarist of the Year – Paul DesLauriers

Recording and Producer of the Year – Dawn Tyler Watson

Bassist of the Year – Alec McElcheran

Drummer of the Year – Tom Bona