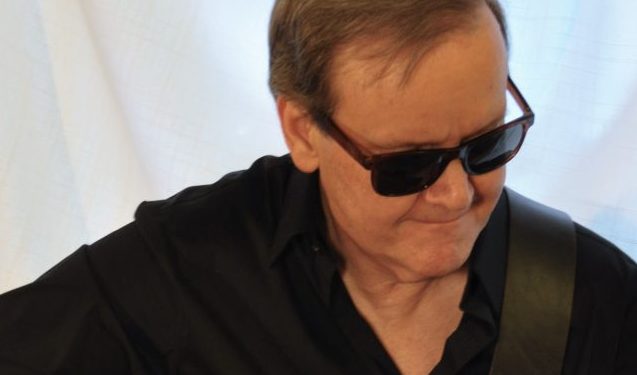 If you’ve lived in B.C. for any length of time, Roy Forbes needs no introduction.  He’s a member of the B.C. Entertainment Hall of Fame, and he has a street named after him in his hometown of Dawson Creek.  He rose to prominence in the 70s performing under his nickname, Bim – at first opening shows for acts like Supertramp, then scoring radio hits and headlining concerts and folk festivals on his own. Over the years, much like his compatriots Shari Ulrich and Bill Henderson – with whom he performed in the trio UHF – Roy transitioned from 70s and 80s pop crossover star to godparent of the contemporary singer-songwriter scene in Canada, recording solo albums (this time under his real name); collaborating with fellow singing, songwriting veterans like his colleagues in UHF; producing projects for emerging acts like 1990s Susan Crowe; hosting radio programs for CBC and CKUA (in Alberta) and establishing himself as an authority on a variety of musical styles.

He has one of the most distinctive vocal styles in Canadian music, coupled with a percussive guitar-playing style and a sound that’s equal parts classic country, folk and blues.  And his songs?  Well, they’ve been covered by Shawn Colvin, Susan Jacks, and Sylvia Tyson among others, so you know he’s up there with the best.

The last few years have been a challenge for Roy. Afflicted with poor vision all his life, he was blinded by an accident in 2015. However, while he may have lost his sight, he has not, you might say, lost his vision. Roy has adapted to his new reality, returning to touring and performing and recording and all the other things he does so well. He is now among the blind seers who populate history from Homer, who gave us the Odyssey, to Blind Willie Johnson and Roland Kirk, Ray Charles and Doc Watson and others who gave us some of the world’s best music.

Next month, Roy is serving up his latest album, Edge of Blue, something like his 11th solo effort, and we’re thrilled to be premiering a couple of tracks here on Roots Music Canada.

Edge of Blue is 10 songs full of wisdom, confessions, vulnerability, sensuality, self- reflection and celebration. More of a soul album than a country or folk one, it features memorable words, compelling compositions, spare production and that signature Roy Forbes voice.

Six songs to help us talk about ...