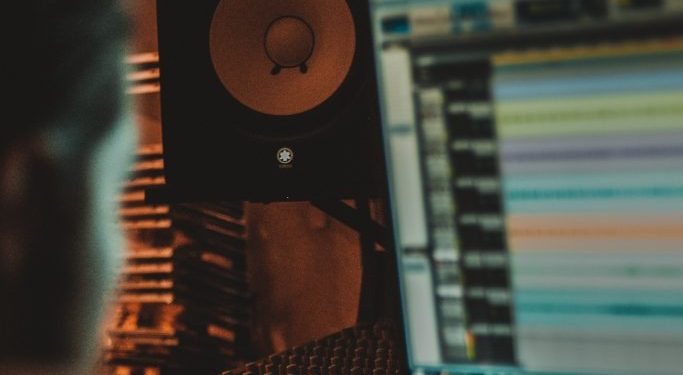 You might never have heard of Feisty Creative, but chances are, you’ve heard of their clients. They include Jann Arden, Spirit of the West, Kinnie Starr and the Jerry Cans among others.

It turns out Feisty president and creative director Bronwin Parks couples her great taste in music and her sharp eye for design with a passion for breaking down barriers in the music industry for women and non-binary people – and she’s launched a new initiative to that puts some money behind those values.

Feisty has partnered with Women in Music Canada on the Breaking Glass Project, a program of incentives aimed at getting more gender diversity behind the scenes in the music industry. It’s offering clients five per cent off entire creative projects (up to 25 per cent off the total cost) for every female or non-binary person on their technical and trade teams – you know, like members of the road crew – just as long as those individuals are involved with more than 60 per cent of the project.

Feisty is also offering an annual micro-grant of $2,000 worth of creative services to the project that includes the most gender and ethnically diverse team and that demonstrates a commitment to equality and diversity in the music industry. Bronwin’s hoping to have that open for submissions this fall.

At this stage, she said, she’s looking to connect with people and organizations who would like to join her initiative or who are working on similar initiatives in order to coordinate their efforts.

I had a little chat with Bronwin via email to learn more about Breaking Glass.

Roots Music Canada: What inspired you to take this initiative?

Bronwin: Every year, I sit in various industry award ceremonies watching a parade of men be awarded in categories where I have never seen a non-male nominee. Every year it disappoints me, and this year, I decided to take action. Reba McEntire recently said, “Instead of taking the energy to complain about what’s wrong, take that energy to see how you fix it and make it right,” and I couldn’t agree more. I knew this was a large systemic issue, but I needed to start somewhere. I thought, “Well, I have complete control over my creative studio, so how can Feisty influence the hiring decisions, which are often made before a client commissions artwork?’” The answer: financial incentives. By actively offering these incentives, ideally it gets clients thinking about diversity in who they hire throughout the entire album cycle and touring season right from the start.

Roots Music Canada: What kind of stories have you heard from women/non-binary folks in the business or who are trying to break into the business as technical/trades people?

Bronwin: I could be here all day recounting stories of harassment, discrimination, micro-aggressions, and complete disregard to years of professional experience – including some where professionals have overcome these challenges to become industry leaders and stars of their field, but they are the exceptions. There are systemic barriers that make it extremely difficult for female identified and non-binary professionals to get the opportunities that are widely available to their male counterparts. I also believe that greater attention needs to be paid to creating safe and welcoming environments for female identified and non-binary professionals to learn and grow. I am very happy to hear that steps were taken in that direction this year at the Junos, with 42 major industry organizations signing onto the Canadian Creative Industries Code of Conduct, but I will be interested to see if this “code” has any teeth. I hope this is the beginning where we start to see steps taken to hold predatory members of the industry accountable for their actions.

Roots Music Canada: If businesses want to hire or train women and non-binary people for roles but aren’t sure where to find them, is there an existing formal network they can tap into that you’re aware of? Will you help them make connections?

Bronwin: I am always happy to help connect people whenever possible. There are a couple of American-based directories that launched recently, SheIsTheMusic.org and makeiteql.com, which feature international talent, including Canadian industry. There is an organization working on developing a Canadian directory that includes a broader range of professional fields than its American counterparts, but an official launch date has not been announced as of yet. For now I recommend that people start actively putting it out to their networks, and don’t give up. Just keep digging. Put it out on your social media profiles, check out the myriad of “…women in music” pages/groups, and ask there. The more we keep asking around and shaking that tree, the more diverse talent will start to crop up. This will also keep diversity in hiring front of mind as we all move through various shows, conferences, and networking events. There are incredibly talented women and non-binary professionals all over the country kicking ass in their field, and without a doubt, they would be great additions to your team.

Roots Music Canada: Have you been successful in partnering with any other organizations yet or finding others that are promoting similar incentives?

Bronwin:  There has been a lot of interest from many areas, but only one other creative studio, award-winning graphic designer Roberta Landreth, who has come on board to actively offer incentives like mine. Many artists, organizations and professionals I’ve spoken to aren’t necessarily able to offer active discounts, but they have all expressed a desire to support the initiative in whatever way they can. In those cases, I have asked that they do the following: 1) For every male professional they are considering hiring, please consider at least one female or non-binary professional for that same role; 2) Actively seek out female and non-binary professionals to add to their network, even if they’re not hiring at that time; perhaps someone else in their network is, and now they have someone to recommend. I have begun working on partnerships with female and non-binary industry leaders to help put pressure on potential ally service providers to give this issue more than public lip service. We all need to actively take steps within our spheres of influence to break down the systemic barriers that keep female and non-binary professionals on the sidelines. There are initiatives out there, and through these meetings I am working on finding new ways to amplify these programs in order to reach the women and non-binary people who might benefit from them. For example, last fall, Lisa Patterson created the H.E.R. Studio (http://imaginitmusic.com/projects/her-studio.html) series, an in-studio sound production series for women and non-binary producers to develop skills and learn from guest mentor producers. Just this week, Women in Music Canada launched their pilot Entrepreneur Accelerator program (https://tinyurl.com/y2voo97g), working towards growing female leadership in the Canadian music industry.

Roots Music Canada: What’s your timeline for getting this project off and running?

Bronwin: My studio launched its incentive discount program on March 8 (International Women’s Day), and all Feisty Creative clients are eligible now. The micro-grant will be available in the fall of 2019. I am working on a few variations of that in order to make the greatest impact – either through partnering with other industry to offer a more comprehensive package, or there is the possibility that my services grant may get rolled into an existing program. For the awareness and community building portion of the Breaking Glass Project, I am meeting with brilliant women across all areas of the industry regularly in an effort to continuously keep the lines of communication open and build on this momentum. This patriarchal system has been around for centuries, and we won’t right this ship overnight. It will be a long road, but I’m here for it, and I’ve brought snacks. You in?

Submissions are now open for the Canadian ...