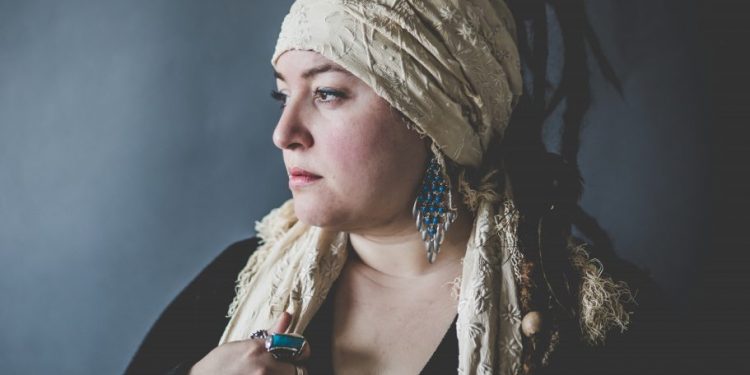 Tehran-born and now Vancouver-based artist Farnaz Ohadi is about to showcase her CFMA-nominated debut album Bird Dance for the first time outside of British Columbia.

With the Bird Dance tour, Farnaz arrives on the national scene with a spellbinding story to tell, and a proud new voice with which to tell it.

For Farnaz, flamenco has always been a part of life. She grew up listening to her father’s flamenco cassettes in their Tehran apartment, and though she also sang traditional Persian music in school choirs, something about the rawness of flamenco called to her. At 13, a family trip to Spain cemented her obsession, and she arrived in Canada five years later with the spirit of flamenco already coursing through her veins. That marked the beginning of what would be a lifelong journey for Farnaz, from Iran to Canada, oppression to freedom, and from creative doubt to complete authenticity. Along the way, she would invent an entirely new musical genre: Persian flamenco. It’s a genre steeped in the history of two ancient cultures.

“It feels like freedom,” she said. “You can be totally wild. You can cry onstage, and it’s okay.”

With a strong urge to find her own voice, follow her passion for flamenco, and speak to the women of Iran, she began singing flamenco in Farsi with Persian-influenced melodies. The staccato nature of flamenco proved difficult to pair with melodic Farsi, an almost accent-free language. Farnaz worked enthusiastically, mining centuries of Persian poetry to find the verses that matched flamenco’s defining rhythms, while narrating her story.

That story began with her at 12 years old gazing out the window at the birds that danced across the evening sky. For the young Farnaz, life in Iran was a cage. Watching the birds, she longed to be free.

The title track of the album tells the story of a musical girl born in a country that prohibits women from singing solo in public or before male audiences. It recounts Farnaz’s sense of feeling larger than life and longing to be free of her cage. “Hesar” details Farnaz’s feelings of alienation and loneliness that so often accompany an immigrant’s arrival in a new country. The final leg of the journey emerges in “Vatan,” which reveals an artist who has found her voice and is ready to help heal the suffering of her homeland with the joy of music.

Bird Dance will be performed in Montreal, Ottawa and Toronto – and the dates include a performance at Toronto’s Tirgan Nourouz Festival. Since Toronto has a burgeoning Iranian community, Farnaz sees her Toronto performances as her first major opportunity to share her message with the Canadian-Persian community, and to speak directly to its women.

“I want to show that you can be a Persian woman who is resilient, wild, and free,” she said, “and you can be authentic, use your voice in strength, and still be part of Iranian culture.”