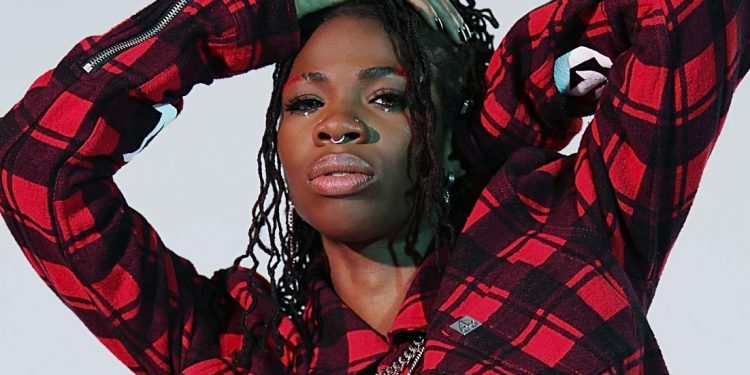 Today is Martin Luther King Jr. Day in the United States, and although we don’t observe it as a statutory holiday here in Canada, there’s no reason not to observe it otherwise.

Here at Roots Music Canada, it seemed fitting to mark the day by drawing your attention to some Canadian songs that address the issue of anti-Black racism.

So here are a few of our favouites.

This track from Kaia’s critically lauded breakthrough album, Nine Pin, was a response to Black Lives Matter, and it expresses Kaia’s feelings as a person of color in America, she told Uncut Magazine.

The song features raw lyrics like “Your cross, your cross / Is a symbol of my lynching” and “Your gun, your gun / is always at my temple.”

“I wanted to make a statement about Black Lives Matter and the horrors and injustices that Black people face every day,” she said. “Racism is not only a state of mind, but a base system through which America operates. It’s the prison-industry complex, forced ghettoization, the repealing of the Voting Rights Act, the segregated school systems, the unchecked police brutality.”

Toronto reggae band Truths and Rights formed in the late 1970s in Toronto’s Regent Park and released this song in 1981. It was a response to both the killing of Black men by police and the harassment of Pakistani families.

But as the song progresses, it also raises the possibility of working together to build a better world. Perhaps we were a little more optimistic in the ‘80s?

Chances are, most people reading this website are familiar with the Viola Desmond story, given that she’s now the face of our $10 bill. But for anyone who missed it, back in 1946, Viola refused to leave the whites only area of a movie theatre in New Glasgow, N.S. and was arrested and ultimately convicted on a minor tax charge.

Iconic Black lesbian singer-songwriter and prison justice advocate Faith Nolan immortalized her in this funky number back in 2007, long before Viola was on our money. It contains a rousing, uplifting chorus of “I’m not moving back anymore.”

4. Murray McLauchlan – “I Live on a White Cloud”

Murray McLauchlan doesn’t mince words as he reckons with his own privilege on this song from his latest album, Hourglass.

The song was inspired by the murder of George Floyd and by the Black Lives Matter movement.

Polaris Prize-winning hip hop artist Haviah writes some amazing rhymes about direct and systemic racism. So it’s hard to pick a single one to focus on here. One of my personal favourites is “Atlantic,” which deftly weaves together the threads of colonialism, slavery and late-stage capitalism into a critique of the dysfunctional western world. “Money costs more than most things,” she rhymes. “Ain’t too far from rope strings.”

But for today, I’ve selected “Protest,” a much more in-your-face critique of racism and police brutality. “They just got a trigger finger and too much too much adrenaline / think it’s my melanin /
Is it the skin I’m in that make them wanna turn me to a skeleton?” she rhymes. But the piece closes with a warning to the cops: “I’m getting to new heights / So you better know your rights.”

Inspired by the murder of George Floyd and by an incident of racist graffiti in her hometown of Uxbridge, ON – near the intersection of Planks Lane and Marietta Street – “Planks and Marietta” was Tania’s first act of speaking out against racism in song, and it’s a stirring, soulful lament for the state of the world.

The terrifying thing about this song is that it was released in 1968, and it holds up frighteningly well more than 50 years after it was written. I wasn’t alive in 1968, so I can’t claim to remember the public discourse at the time of the 1967 Detroit race riots, but I’m going to speculate that Lightfoot was in a minority of white folks who were willing to name the systemic issues at the heart of the uprising: “The book of law and order is taken in the hand of the sons of the fathers who were carried to this land.” Yep.

Hard work is paying off for Six ...