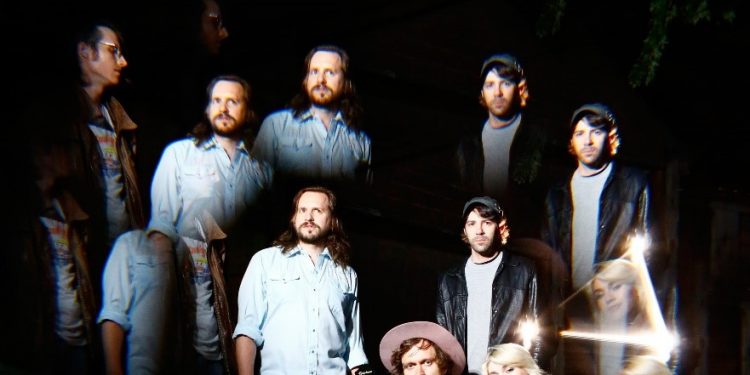 Traditional-leaning country and folk music often dances along the sharp edges of life – loss, heartbreak, yearning and the desire for salvation. It connects heart-first, goes deep and then gets into your bones. Toronto-based alt-country quintet Gregory Childs and Heart Lung is aiming straight for what’s under your ribs with their raw and driving new single, “From the Chest.”

Following up the band’s two-song debut Baby Blue EP, released in late 2020, and a one-off single, “Lonesome,” released last May, From the Chest delivers an emotional wallop and carries the band’s evolution another several steps forward.  Songwriter, guitarist and lead vocalist Gregory Childs provides a sweet and savory counterpoint for his wife, Tyrah, the vocalist and tambourine player for the group, illustrating the duality of the song’s story of a man both grieving the death of his wife and pleading for his own salvation.

“It details the desperate pleas he makes to God as he asks to be allowed into heaven despite living a life of less-than-Christian ideals and shortfalls,” explained Gregory. “It’s about praying your own way and being a good person without necessarily following all the ‘rules’ laid out by organized religion.”

It turns out that the impetus to write “From the Chest” came from a very personal place of loss.

“I wrote this song out of inspiration and through a dedication to my own lost friend, a drummer who passed away too young,” he explained. “He was a devout Christian but struggled to keep up with the church-going ideals requested in the bible — a good heart that stumbled, fell and ultimately pleaded, ‘Take me home’ through his own song writing. He left a legacy that continues to breathe in the whole band.”

Gregory Childs and Heart Lung’s bio describes them as “Spun up with outlaw country and Cobain grease,” and it paints a vivid picture of this strum-and-thump group of storytellers who like to tinge the traditional with a dash of rock ‘n’ roll rebellion. Formed in 2019, the group also includes Nick Cousins on harmonica, Brent Kervin on bass and Zachary Moloci on drums and vocals.

“From the Chest” was recorded last winter at Pineship Sound in Toronto, which is owned by the band Zeus. Two members of Zeus lent a hand in the process, Carlin Nicholson and Mike O’Brien, who played organ on “From the Chest.” Gregory and his cohorts rocked their way through a series of back-to-back shows before sequestering into Pineship to lay down the tracks.

Starting just prior to the pandemic and continuing since the reopening of venues, Gregory Childs & Heart Lung have been tearing up legendary stages around Toronto including the Horseshoe and the Dakota Tavern. With at least two more singles planned for release in the coming months, they’ll undoubtedly be expanding their roots and roll beyond the GTA.

When they get back under the lights on those hallowed Toronto stages and beyond, Gregory Childs & Heart Lung will be reaching deep into the audience’s own hearts with their revealing, very personal alt-country anthems coming right “From the Chest”.

“This song was catalyzed by my owns fears, fearing loss, fearing being split apart from passed-on loved ones,” Gregory said. “It’s a message to higher powers, a request to look beyond the superficial when casting final judgment on mortals and to give us a break for all our earthly shortcomings.”

Hard work is paying off for Six ...