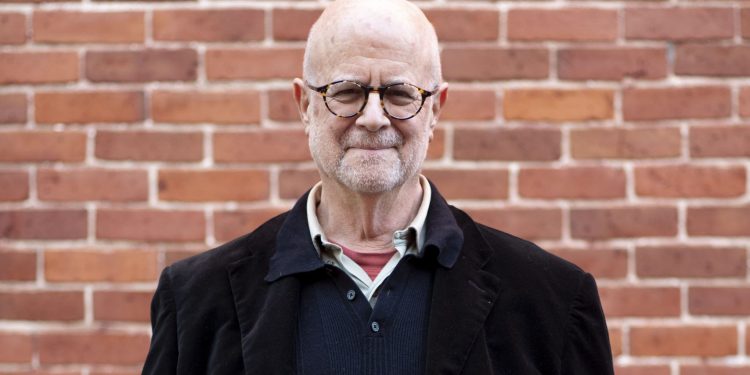 Christmas has an enormous musical tradition associated with it that’s probably as old as the holiday itself – a peculiar mish-mash of Christian hymns and cheery ditties about snowmen, reindeer, elves and Santa Clause that were in many cases actually written by Jewish people.

But until now, the most famous song written for the Jewish holiday Hanukkah was composed for a comedy sketch on Saturday Night Live: Adam Sandler’s “The Hanukkah Song,” an admittedly quite funny effort to make Jewish kids feel less like the odd one out over the holidays by reeling off a lengthy list of Jewish celebrities.

Fortunately Shelley Posen has just released some lovely Hanukkah-themed numbers that will make Jewish people feel good about being Jewish without having to cling to the popularity of David Lee Roth and Leonard Nimoy.

You can find them on his new album, Mazel, his first Jewish-themed album in 15 years.

“I write Jewish songs as if Irving Berlin or George Gershwin wanted to write about Hanukkah rather than a white Christmas,” he said.

“These guys are my heroes, and I try to emulate them, but I will write about Jewish subjects because I can. They were writing for a different market for a different reason, you know? They were trying to make a living in American popular music, and you write ‘White Christmas.’ You don’t write, you know, ‘The Hanukkah Waltz.’ But I can, and I do. But I don’t necessarily want my songs to sound like klezmer. I want them to sound like Irving Berlin or like George Gershwin.”

Honestly, Shelley pulls off the timeless and, dare I say, kitschy sound of the holiday classics quite expertly on “Chanukah Christmas,” a touching follow-up to a song he released 15 years ago on his album Menorah.

The prequel was called “Will Their Children Light the Candles,” and it expressed Shelley’s angst at the time about the future of the Jewish people in a world where interfaith marriages are common and where religion is simply not a prominent feature of many people’s lives.

“It’s now 15 years later, my children have grown up,” he explained.

“Each of them has married a partner who celebrated Christmas when they were growing up. And my granddaughter now lights candles at Hanukkah, and there’s a Christmas tree in the house, because there they celebrate both. And I thought that I needed to write a song that was not only about that but celebrated it.”

“On Chanukah” is derived from a traditional song called “Spanking Roger” that Shelley learned from the U.K. a cappella group Coupe Boyes and Simpson, which was friendly with Shelley’s own former harmony trio Finest Kind.

The British Group had turned the song into a Christmas song, and Shelley has, in turn, rewritten it with lyrics for Hanukkah.

He recorded it with his former Finest Kind bandmates, Ian Robb and Ann Downey, with Ann doing double duty as both the alto and soprano voices, creating a gorgeous a cappella arrangement. .

“Hanukkah Waltz” sees Shelley playing with the idea that Hanukkah doesn’t exist, but all of the elements of it do.

“And so it goes, ‘I like a latke that’s crispy and brown. …. Wouldn’t it be nice if there was a holiday where these were found?’” he said.

And the final Hanukkah-themed song on the album, “Miracles,” was inspired by a greeting card Shelley received from a non-Jewish friend.

“The greeting on the card was, ‘May your miracles last much longer than eight days,” Shelley explained.

The card referred to the miracle of Hanukkah, when, after retaking Jerusalem from the Syrian-Greeks and rededicating the temple, the Maccabees were left with just one cruse of olive oil intended to keep the Menorah lit for just one day – but it lasted for eight.

“I thought that was a wonderful sentiment,” Shelley said of the message on the card. “And I thought, ‘This is a song.’”

Shelley didn’t stop at Hanukkah songs on the new album.

There are also songs for Rosh Hashanah and Yom Kippur.

But it’s not a holiday album per se. It just happens to touch on several.

I’ll write more about some of those other songs as the corresponding holidays approach. But for now, know that Shelley is doing his best to bring a little Irving Berlin-style magic to the holiday Irving himself likely celebrated.

James Gordon laughs at the indignities of ...