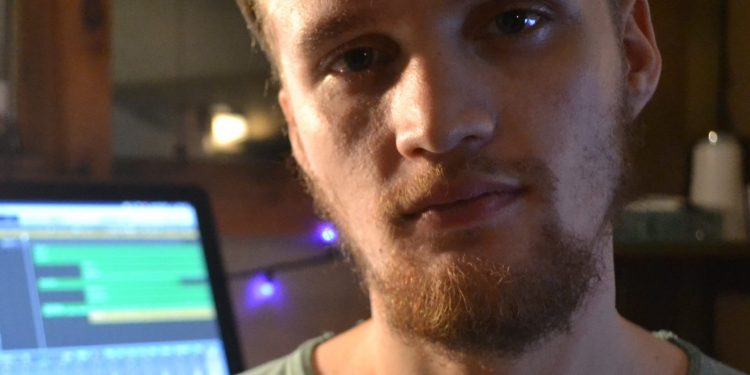 Death, breakups, moves and more separate us from people who are important. But in life, people come and go.

This is the theme of Thunder Bay singer, songwriter, and producer Collin Clowes’s latest single, “Go.”

A slow, soft track, “Go” evokes grief in the tone, lyrics, and melody.

Collin is responsible for writing, recording, producing, mixing, and mastering the track, plus he did the vocals, guitar, keys, synths, drums, samples, and bass. In short, “Go” is solely a Collin creation, and it comes from a place deep inside the artist.

“The past few years have been odd, and I’ve been losing people that are really important to me,” Collin explained. “It’s constantly on my mind, so I really needed to put that grief into something.”

On “Go,” Collin discusses the difficulty of releasing someone from his life who has clearly been crucial to him for some time. To process the pain, he remembers back to the good times they had together, well before he knew their parting would come like this. But still, it kills Collin to see someone he loves so much go from his life.

“Go” is one-fifth of Collin’s newest EP, Lily, which is centered around the musician’s experience with loss. The name comes from the flower’s reputation as the “saddest flower.”

“The white represents peace, which I think, in the process of creating this EP, I found some peace and acceptance,” Collin said. “The flower represents grief, endings, dedication, and change.”

Collin has lived a tumultuous life. When he was 17, he began to have peculiar health problems that confused doctors. Answers ran thin, but his mystery illness continued to attack his liver, forcing Collin to spend tons of time in the hospital at a time when most young people are starting their adult lives.

His years-long health battle instigated his musical career, giving him the kick he needed to take the leap while he felt he still could. Several years of working in the studio, going to school for music, and playing live in Thunder Bay and Toronto culminated in 2022 with the release of his first two EPs, starting with Sleepy in October 2021. Lily is a seven-track EP about what Collin considered to be the best time of his life so far.

In the musician’s two projects from 2022, he shows listeners the two sides of life. This roller coaster is full of peaks and valleys – it is at the core of our conditions as humans to experience this juxtaposition throughout our lives. They might not all look the same, but we all have our own best and worst times filled with their own uniquely fantastic, wonderful, horrific, and terrible traits.

“I love having these projects of mine existing somewhere others can stumble upon it and feel something, hopefully something good,” Collin said. “I am also very grateful to have made this and to have people give it a chance. Lily is a project that captured an important time in my life, and I think that’s what matters most to me right now.”

‘The most fun you can have sitting ...

A pair of songs for World AIDS ...