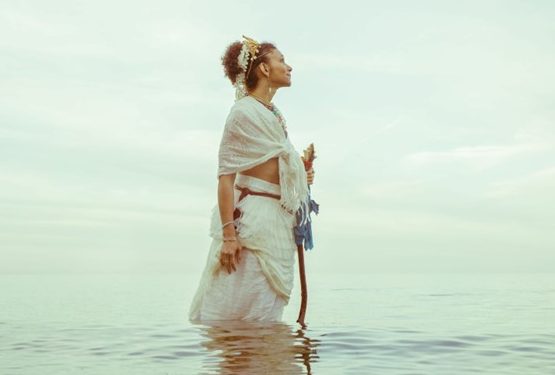 For Amai Kuda, music goes beyond sound to spirituality, activism, family and art, which she plans to reflect on her new album and accompanying animation series EmUrgency! created in partnership with Spoof Animation.

Amai, who performs with a collective of collaborators under the name Amai et Les Bois, grew up around music. But she only became serious about getting into the industry after the birth of her son.

The artist and activist grew up in Toronto’s Oakwood Village area and said that she decided to pursue music because of its healing power and spirituality. Her sound is influenced by roots, Afro house, Motown, alt-rock, hip-hop and downtempo music, she said, reflecting her Trinidadian background and Toronto upbringing.

“My music is connected to something bigger than myself,” Amai said. 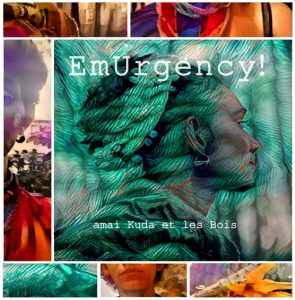 “It is a reflection on my soul, ancestors, energy, and background. Through connecting with other artists and my spirituality, I am able to put out music that hopefully people can enjoy and find healing.”

Her newest project, EmUrgency! also speaks to the joy she feels in connecting with her heritage and the obstacles she faces as a Black queer woman in both the music industry and society.

Amai decided to collaborate with Nigerian animation studio Spoof Animation to create a series of visuals to accompany the project.

“I found Spoof Animation online,” she said. “I knew I wanted to incorporate animation into my work. I think it’s a great teaching tool, and I was looking for a Black-owned company to support.”

The project is named for the sense of urgency Amai feels to help members of the African diaspora reclaim their culture and learn about their heritage.

The musician is also part of the Sankofa Maroon Village project, which is a Collingwood and Owen Sound-based initiative that strives to help people of colour reconnect with land, music and nature through living and attending retreats; it’s the first Black intentional community in Canada.

“One of my passions in life is reconnecting people to land, both through spiritual connection and music,” Amai said.

“I have songs dedicated to our youth and acknowledging our deep connection with each other and nature; it is really connected to all of my work.”

The audio-visual project is set to release on Nov. 25. It will document Amai’s work of decolonization and promotion of African cultural knowledge and reflect on recent events, such as the murder of George Floyd (referenced on her track “Better Day”).

The newest chapter in the EmUrgency! series, Amai’s newest single “Which Way,” a song about the challenging journey to reclaim African Indigenous spiritual traditions in the wake of colonization, is set to release on Nov. 11.

How PEI drew the members of Inn ...