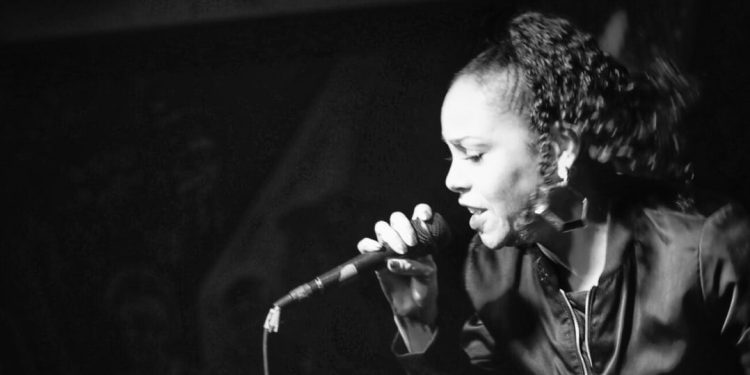 The East Van Gogos and the Rogue Folk Club present Small Change For Big Change! – a benefit for the Stephen Lewis Foundation with musical guests August and Ndidi Cascade.

Come ready to parlay your “small change” into big change by participating in the raucous live Loonie Auction, where every auction item will cost you only a loonie!

August is made up of three vivacious life-experienced female singer-songwriters and one skookum male guitarist. Beverley Elliott, Linda Kidder and Rae Armour have three voices that blend in the most pristine harmonies. Their songs reflect true life experience through a combination of pop, roots and jazz styles. Intimate, funny, insightful, energetic and uplifting, August will involve the audience with their warm, delightful approach to music. Equally at home on stage or on the back porch, when August comes around, it’s time to kick back and enjoy!

Ndidi Cascade, of Nigerian-Italian-Irish-Canadian heritage, is a Vancouver-born-and-based hip hop vocalist. She is also a songwriter, recording artist, educator and program facilitator. Ndidi has showcased her music across North America and internationally – from classrooms to stadiums, and her music has been featured on Much Music and MTV Canada. She’s shared the stage with talents such as Wu-Tang Clan, Femi Kuti, Digable Planets, the Mad Professor, De La Soul, K-OS and K’naan.

Ndidi Cascade facilitates and manages programs that use hip hop, spoken word and dance as a medium for healthy self-expression. She is the founder of the Word, Sound & Power and Elementalz education programs, which are designed to raise awareness of the origins of the hip hop movement. Ndidi is also a World Music Education independent school teacher, and she currently tours with her group Metaphor, showcasing interactive hip hop shows in elementary and high schools around BC. Ndidi is a cultural curator for Ethos Lab.