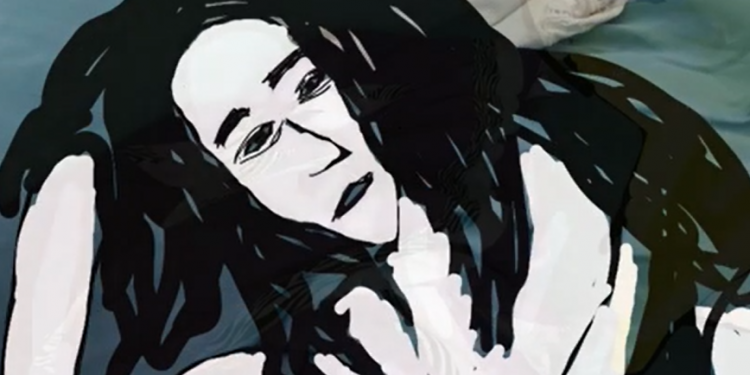 We’re super excited here at Roots Music Canada to premiere a new video by Orit Shimoni that has literally been more than two years in the works.

It’s a video for her song “One Voice” that she drew and animated herself — a project that, like so many we’ve seen and heard over the past two years, might never have happened were it not for the COVID-19 pandemic.

But Orit didn’t have a home.  She’s been famously nomadic for more than a decade.  So for her, the pandemic meant she was literally stranded.

Album Review: Orit Shimoni – Strange and Beautiful Things
What’s it like to live on the road? Ask Orit Shimoni

“I had just arrived in Winnipeg to play a couple of shows and only knew a couple of people here, and then BAM! Trains cancelled, everything cancelled, and nobody knew for how long,” she said over Messenger.

“I was taken in by a couple that hosts house concerts in town and slept and wept in their basement for what ended up being two months, before moving into another friend’s spare room, and then eventually renting an apartment when I realized this situation wasn’t going to blow over.”

Unable to move forward, she decided to “expand laterally,” she explained in a statement about the video.

She had always wanted to try painting but couldn’t do it while living out of a suitcase, so she welcomed the opportunity to start as something of a consolation prize for not being out on the road.

She’s been sharing her work digitally every since then, but she didn’t tell anyone that she had also embarked on an elaborate animation project for which she drew hundreds of carefully-planned frames.

“The technology was affordable and available and cool,” she explained.

“But this was going to take a long time, and I wasn’t sure if I had what it takes to see it through and finish it, so I didn’t say anything, in case I didn’t.”

“One Voice” felt like the perfect song to animate, she said, because, although it was written a few years ago, it speaks to the anxiety many people have been feeling, trying to reconcile the past, present and future and undergoing such a sudden and massive shift.

“But you get up every day and do your best anyway, embrace the uncertainty and proceed, and I love that this video shows that resilience,” Orit said.

Speaking of resilience, Orit demonstrated it in another way, recently: she got her drivers license, a response to another blow to her nomadic lifestyle:  Greyhound Canada’s decision last year to suspend its Canadian operations.

The East Van Gogos and the Rogue ...