Dala’s Amanda Walther made music for a movie 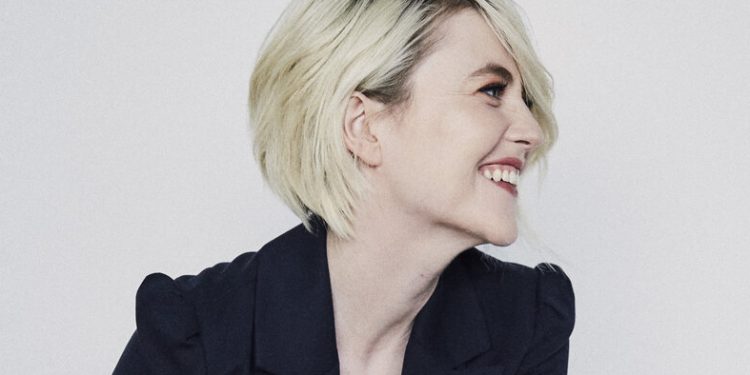 Imagine putting your heart and soul into writing songs you know you’ll never record, let alone perform for anyone. But such is the life if you’re writing music for a movie soundtrack, as Amanda Walther had occasion to do for the film Walk With Me, released in 2021.

“I got a call from an indie director out of Brooklyn many years ago, Isabel del Rosal, and she was working on her first feature film,” said Amanda. “One of the main characters in the film, Logan, was a songwriter, so she needed someone to write the music for the character.”

After reading the script and being inspired by it Amanda said yes, even though she had never done anything like writing for a movie before.

“I’m so glad I did, because it turned into not just the songs for the character but the entire soundtrack as well!”

Working with her brother, Adrian, in Nashville, Amanda started out with 20-30 song ideas, which were whittled down to 18-20 completed songs. From there they chose the songs that fit the mood of each segment of the film.

“We kind of shaped the production of each song to fit the emotional content on the scene.”

Amanda was given a huge amount of background information about the character, Logan, which became an interesting writing exercise.

“The first songs I wrote were for her to sing on film,” Amanda explained. “Isobel gave me history into the character, and I was writing from Logan’s point of view, so I was really trying to find a different person’s voice to write from. So when it came time to write songs for the soundtrack, I was already in the story so deeply, Isobel said go with whatever themes are in the film. I wrote complete songs that we then sometimes only used a few musical elements from.”

This meant that even though the lyrics of a song might not have made the final cut, the emotional mood they conveyed was still integral to the scene it was used in. Walk With Me was released during the pandemic lockdown so it made its way through the film festival circuit virtually, premiering at the 2021 Cinequest Film + Creativity Festival. It was selected for the 2021 Wicked Queer LGBTQ+ Film Festival along with the 2021 OUTshine Film Festival and the 2021 Brooklyn Film Festival. The movie has won various awards including Best Female Composer at the Toronto International Women’s Festival. All of which has heightened Amanda’s interest in doing more film work.

“I will definitely work with Isobel again,” she said. “For me that was the highlight. Collaborating with someone that is an incredibly gifted director and artist in their own right is fun no matter what genre of art it is. She’s already asked me to work with her on her next project.”

The added bonus for Amanda of being involved with Walk With Me was working with her brother Adrian.

“He does this work in general. He’s a composer and does a lot of soundtrack compositions and writing. It’s such a pleasure. He and I really love working together, so I hope we get the chance again.”

Although Amanda sings some of the songs on the soundtrack, she doesn’t plan to perform them in concert going forward.

“I’d written the songs for a different voice,” she said. “I felt like I could never really represent it with the tools I have. They belong to Logan and they belong to Bridget Baran’s performance, so I feel that’s their place. It almost feels like I’m singing someone else’s songs.”

For 20 years Amanda Walther has been one half of the successful folk/pop duo Dala with Sheila Carabine. Together they’ve released six albums and been nominated for countless Canadian Folk Music Awards and a Juno Award; they were the only Canadian act invited to play the 50th anniversary of the Newport Folk Festival, and they were the featured artists in the PBS special, Girls From The North Country. But recently Amanda has been involved in another duo, Dizzy & Fay, with Mark Lalama.

“We’re inspired by the American Songbook jazz classics but finding our own fresh voice,” she said. “We both have a passion for that music so it’s really fun.”

Trying to launch a new group with a different musical concept from what people know you for was further challenged of course by the pandemic. To that end, Amanda and Mark created quite a few online performances.

“It was really rewarding,” she said. “I was able to hone my skills with video production and editing, which was really cool. Because with Dizzy & Fay, we were just developing our project right when everything went into lockdown; it gave us a chance to figure out what our voice was as a duo and what we wanted to bring to the table when we could finally perform for people live.”

A second Dizzy & Fay album is set for release in October, while Dala is taking a break until the new year after completing a series of concerts originally scheduled for 2020.
For more on Amanda Walther and all of her musical projects, go to amandawalther.com.

Alex Cuba gets a hometown mural and ...