Check out these new singles from Jeremie Albino and Onna Lou 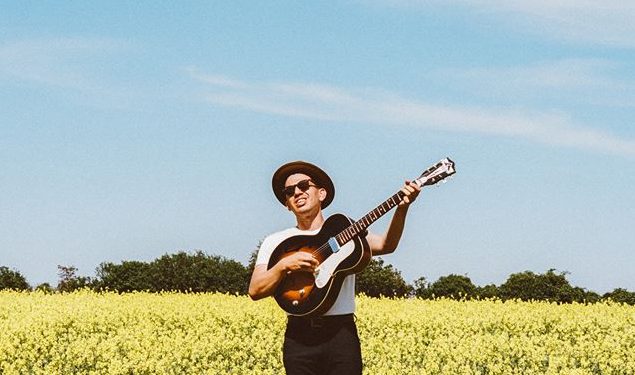 Here at Roots Music Canada, we’re fond of saying that we keep an eye on the new releases so you don’t have to – then we let you know about the important stuff.

Jeremie Albino is releasing a brand new EP, Past Dawn, on April 1 – not an April Fools joke – and he’s just released the first single, “The Night Was Young.”

We’re loving the combo of vintage southern roots and soul sounds and fuzzy guitars and distortion.

The album was produced by Michael Trent of the award-winning duo Shovels & Rope, with whom Jeremie had been touring when the pandemic hit.

Once he found himself stuck at home and unable to make records the old fashioned way, he decided to reach out to Michael to see if he could help.

“I’ve been a fan of theirs for a long time. It just made sense to reach out and see if he was down to work on something from abroad,” Jeremie said.

Of the song, he said, “I wrote this one about the story of how my partner and I met in a somewhat true, somewhat dramatized version… Just a fun ruckus of a song about how nothing good happens after 2 a.m.”

This is Jeremie’s first new single since he put out the Blue Blue Blue album with Cat Clyde last year, an homage to classic southern songwriters like Blind Willie McTell, Lightning Hopkins and Elizabeth Cotton.

While that album was reverent to tradition, this new project sees Jeremie once again putting a contemporary spin on classic sounds.

Argentinian-Canadian Winnipeg artist Onna Lou is releasing her sophomore album next month, and she released a new single from it earlier this month on International Women’s Day. In fact, it’s the title-track from the album, “Diamante.”

She describes it as a song “dedicated to speaking up, taking action, and reminding all people that they are strong enough to make a change.”

It was written both prior to, and after Onna became a mother, and it reflects a new perspective on  how women are treated around the world.

Onna majored in classical composition at Universidad Catolica Argentina in Buenos Aires then studied writing and production at Berklee College of Music. In the last few years she has studied and worked with Latin Grammy winner Javier Limon and performed on the Latin Grammys with Alejandro Sanz. She has also toured with internationally acclaimed Spanish singer songwriter Rosana.

We’re loving what we’ve heard from her so far, and this song is a stand-out.

Peter Serrado gets honest and self-reflective on ...