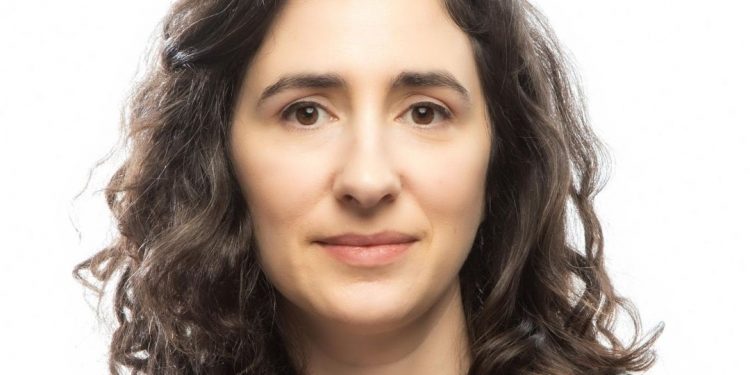 Rosalyn Dennett becomes the new executive director of Folk Music Ontario on April 1 – and no, that’s not an April Fools joke – but she already has a long history with the organization.

A singer-songwriter and fiddler, who founded the Winnipeg band Oh My Darling around 20 years ago with M.J. Dandeneau, Allison De Groot and Vanessa Kuzina, Rosalyn has been a frequent delegate and showcase artists at FMO conferences through the years and most recently served on the board of directors.

I reached out to her on Friday afternoon to see if she’d like to do an interview for Roots Music Canada.  She phoned to chat less than three hours later – as if to illustrate one of her stated goals: making the organization more open and accessible.

Rosalyn began her career in arts administration 10 years ago, working first with Music Ontario, then the Canadian Independent Music Association, the Canadian Live Music Association and the Canadian Federation of Musicians – while also performing with artists such as Kaia Kater, Ken Whiteley, Hannah Shira Naiman, Fred Penner and Donovan Woods.

She started working with outgoing FMO executive director Alka Sharma at the end of last year and has been filling her position on an interim basis since the start of the year.

“It is an organization that’s near and dear to my heart,” Rosalyn said. “It’s the community that I’ve really grown and come up in. And I think that there’s a lot of opportunity for the organization to develop.”

She inherits an organization that is in good financial shape thanks to the work of Alka and the board of directors, she said.

Her focus will be making it more welcoming and transparent in its programming and decision-making.

“What you’re going to see this year, without giving too much away yet, is a difference in the way that we operate our private showcases,” she said of the upcoming fall conference.

“If you’ve been to Folk Music Ontario in the past, it’s a very similar model to something like Folk Alliance … You had to be in the know or know how to work the system in order to be able to secure a private showcase. This year, we’re hoping to make that process more open and more accessible to folks who want to showcase.”

Another goal is to create safe spaces, Rosalyn said and to expand FMO’s community, collaborating with other organizations, growing its network and ensuring it remains relevant both to its members and the wider folk scene.

“In the next little while, we’ll be ramping up our community consultations,” she said, “We need to take the temperature of the community and see where people are at, so we know how to engage them this year. It’s something that’s really important to me … My previous rolls working in membership, I’ve done a lot of one-on-one membership calls. It’s something that’s really comfortable for me. So yeah, I love getting the feedback from the community.”

Folk Music Ontario recently announced that it will return to in-person conferences this year with an event Oct. 13-16 in London, ON.