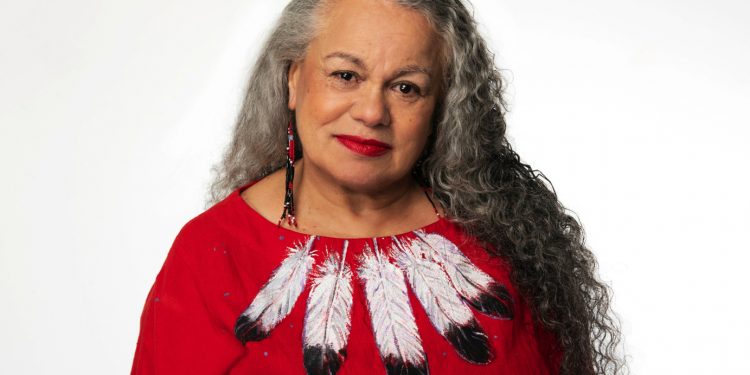 Canadian blues matriarch Dalannah is celebrating an extraordinary career with the release of her new single, “Blues Keep Knockin’.”

“Blues Keep Knockin’” is the new original song capping off 15 incredible years with Quest Records and her new album, In My Own Words. The record is an anthology of Dalannah’s greatest hits on Quest, with the new song serving as a bonus track that rounds off an outstanding collection.

Listeners will experience 75 minutes of emotionally resonant music in honour of Dalannah’s 75 years of life well-lived. Her latest song is a testament to the philosophy of love for life and the gift of melody.

“Blues Keep Knockin’” is a tune that reflects on the profound sadness felt when experiencing a significant loss. Dalannah touches on how trauma affects our soul, saying, “when loss becomes your companion, perhaps for life … That ol’ devil blues stays by my side.” When the opening bars graciously hit the ear, listeners are instantly transported to another place and time.

<em>“I keep wonderin’ wonderin’ why,
When I think of you
I start to cry
There’s a hole in me
that can’t be filled
Blues keep knockin’ at my door.”</em>

Sensational piano and clarinet playing lay the sonic foundation for Dalannah to break our hearts once again with a number that pulls at the heartstrings from beginning to end. Dalannah’s lyrics are embedded with wisdom, and beautifully produced harmonies complement one another throughout the song.

On Dalannah’s 76th birthday, Quest Records also produced a live show accompanying the release of In My Own Words. It was recorded at the Firehall Arts Center in Vancouver in October to celebrate the release of the 16-track album. The intimate venue allowed Dalannah to shine alongside accomplished and world-class artists, such as pianist Michael Creber (K.D Lang, Andrea Bocelli) and renowned clarinet player Tom Keenlyside (Dizzy Gillespie, Aerosmith).

Dalannah started her career as a musician in 1965 with her first break coming from working the music circuit with one of the first all-girl bands in North America, the Feminine Touch. After only three months, the Feminine Touch would open for The Monkees and pave the way for North American tours lighting up stages for legendary Canadian band, the Guess Who. While on the road in Edmonton with Coloured Rain, she famously encountered a newly formed Led Zeppelin. Dalannah, whose full name is Dalannah Gail Bowen, has been a lifelong advocate for human rights with a generosity that extends to countless charitable organizations. Just as many awards and acknowledgments pepper Dalaanah’s distinguished career, from an honourary key to the city of Vancouver to the declaration of December 11th as “Dalannah Gail Bowen Day” by the Mayor and Council of Vancouver.

Dalannah’s spellbinding track “Blues Keep Knockin’” from the latest album, In My Own Words, is available on all digital platforms and CD through Quest Records.