Dalannah has released a new single: ‘Lullaby for the Missing and Murdered Women’ 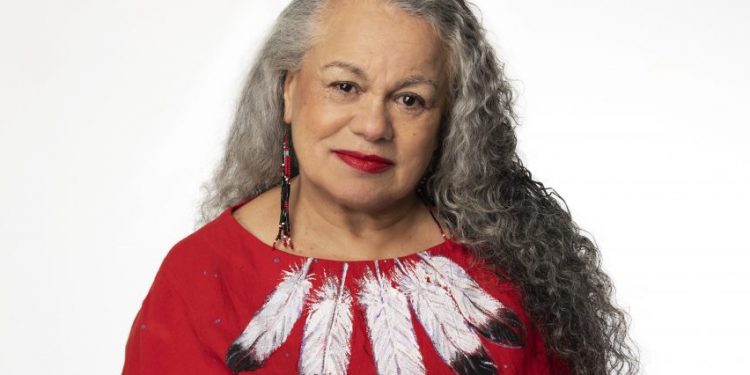 Canadian matriarch of the blues Dalannah Gail Bowen — known professionally as Dalannah — has just released her first piece of original music, since her 2019 album, Looking Back; it’s called “Lullaby for the Missing and Murdered Women” and acts as a tribute to the many, many Indigenous women of the world who have gone missing and/or lost their lives to violence.

Even before hearing the tear-jerking five-minute and 20 second single, the listener is met with the powerful image of its accompanying artwork: a collage of 60 individual Indigenous women who went missing, never to be heard from again.

Dalannah revealed that she was inspired to write the song after working for the Missing and Murdered Women’s March.

“I had witnessed the devastation and the impact that this experience has had on the many communities, individuals and families and women,” she said. “It has been devastating and has heightened the witnessed injustice towards Indigenous women.”

Because of the continued injustice, Dalannah said that she intended for the heartfelt song to offer some form of comfort to the families and friends of those left behind.

Dalannah, who is of African-Canadian and Cherokee heritage, is a prolific singer, songwriter, actress, playwright, storyteller, event producer, social activist, International Memphis Blues Awards semi-finalist and Blues Hall of Fame Master Blues Artist. She has secured her standing as a fixture of the blues, rock and soul music-making scene for over 40 years.

Canadian Musician said she “has a truly spectacular set of pipes and a most commanding stage presence,” before adding that Dalannah “has one of those voices that lays claim to part of your soul the first time you hear it and never lets go.

“Smoky. Earthy. Soulful. Powerful. But it’s not just the voice; it’s what she does with it. So much emotion. So much control.”

Critics and colleagues across the board have long been inclined to agree. An in-demand vocalist, Dalannah has performed alongside or opened for the likes of Led Zeppelin, B.B. King and Willie Dixon.  She also performed alongside the Monkees and the Guess Who during her time with the all-female group the Feminine Touch.

Apart from her brand new single, Dalannah has released three albums: her 2007 debut, Mama’s Got the Blues, Them Menz (2012) and 2019’s Looking Back — which features the popular singles “What the Hell is That?” and “Look Ahead.”

How Leahy’s music career has evolved with ...