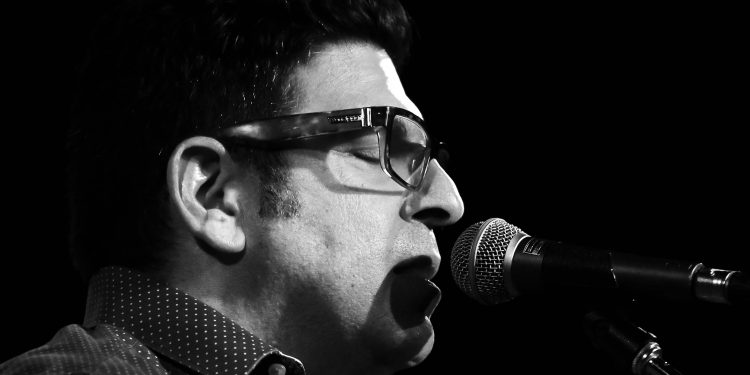 Throughout recording history, there have always been influential albums and artists who set the path forward for succeeding generations to follow. One only has to look at Woody Guthrie’s Dust Bowl Ballads, The Beatles Sgt. Pepper’s Lonely Hearts Club Band, Bob Dylan’s Bringing It All Back Home or Carole King’s Tapestry to see how high the bar has been set for those who strive to excel. Edmonton singer-songwriter Ben Sures looks to the late Texas songsmith Guy Clark’s album Old Friends as a benchmark recording.

“I was so struck by how the stories were so clear and direct and connected,” he said. “I’ve also always just wanted to make a good acoustic record that has beautiful playing on it and conveys stories.”

Ben feels he’s achieved that goal with his latest album, The Story That Lived Here. The album was put together with Richard Moody and Scott White of The Bills in Victoria, B.C., with Rebecca Campbell providing vocals remotely from Toronto.

“Richard and Scott happen to live next to each other so they were already kind of in their own bubble.”

All of the tracks were recorded in Richard’s apartment, which he calls Tobacco and Rose Studios.

“I call it his bachelor shed,” Ben said laughing.

Richard’s one room apartment was set up with dividers between Ben and Scott, with Richard relegated to the kitchen to record the proceedings.

“I think he also may have been eating from time to time!” Ben said.

But before you search the tracks for telltale sounds of munching, Ben advises not to bother.

“Well you know, Richard is a yoga master so he’s also a master of things like silent eating,” he said.

Ben Sures’ songs consistently have a unique, and quite frequently humorous, perspective. The lead-off track is “End Of The World,” which states if the end is nigh, “I’m gonna have a cinnamon bun.”

“I have a propensity for darkness but my default setting is humour,” he said. “It’s how I pick myself up. We’re handed stuff in life and we do have options in how we navigate them.”

A number of the songs on The Story That Lived Here take their inspiration from family and friends, whether it’s Ben’s father in “Father’s Shoes” and the title track, his mother in “Boring People” or fellow singer-songwriter Kat Goldman in “Cry Like A Flood.”

While Ben might get the germ of an idea for a song from someone else, the goal is to find a universality to make it appealing to everyone.

“I [get] enough from that person and combine it with what I know of myself. I think that gets you enough of a balanced song,” he said.

But there are the occasional times when the initial subject of a song recognizes themselves. When that occurs, Ben uses it as a learning experience.

“Years ago, I wrote a song called ‘Any Precious Girl’ that referenced a psychotic episode one of my sisters had,” he said. “I wouldn’t have kept playing it had she not been on board with it. But at first it kind of triggered her.”

One benefit of the song though was that it was heartening for people to hear the song, as they felt less alone.

“Once you write a song, it stops being about that person,” he said. “It becomes a song. It becomes a character.”

The song did very well for Ben, winning the 2005 John Lennon Songwriting Contest in the folk category.

“I want to effectively tell a story that reaches people without triggering them,” he said. “Except I do like it when something makes them cry! I’m trying to become more balanced as a songwriter. I think I managed to do that on this album.”

For more on The Story That Lived Here and Ben Sures, go to bensures.com.